The cutlass is a reliable and effective melee weapon, favored by many pirates across the Sea of Thieves.

Some players like to double gun for PvP but the cutlass is an ever-present component of a pirate’s arsenal for PvE.

Since it’s used so much, you’ll want the best skin to show off your feats as a seafarer.

Cutlass skins are available from weaponsmith shops, Tall Tales, and the Pirate Emporium.

If you don’t want to pay real money for an epic skin, there are plenty of cutlass skins available for free.

Many of them require a large amount of gold, or the completion of a difficult quest.

Since many players don’t bother putting so much effort in, you’ll stand out if you manage to acquire one! 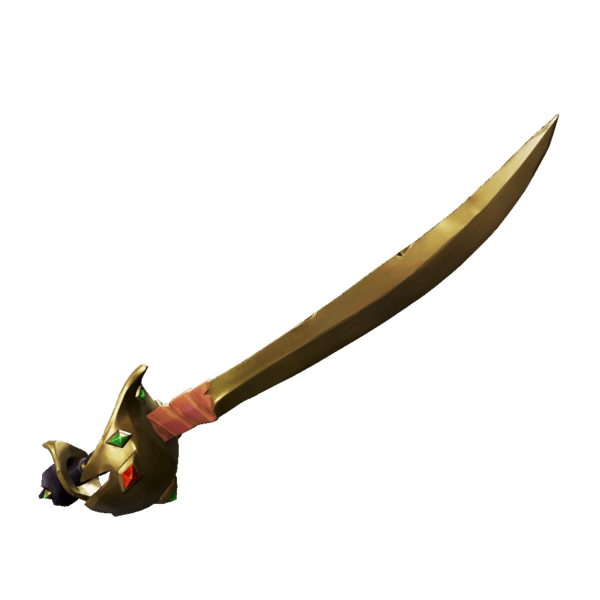 How to unlock: Complete the Cursed Rogue Tall Tale.

Quite easy to get, especially early on, Briggsy’s Sword is a cool addition to your armory.

Completing the Tall Tale will require you to defeat Captain Briggsy, a powerful and fun boss to face.

A gold sword looks great with a huge variety of clothing types! 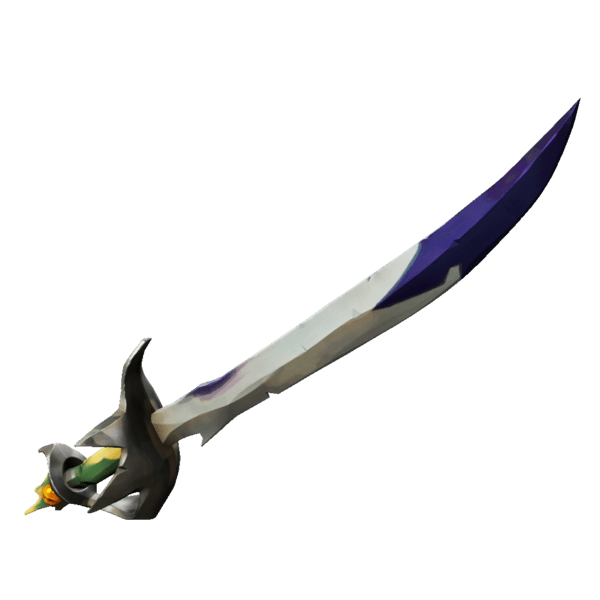 How to unlock: Defeat 10 Krakens. Purchase from the Weaponsmith’s Shop.

Defeating 10 Krakens is no easy feat, as they’re world events that rarely spawn.

Keep exploring, plundering, and completing voyages, defeat every Kraken you encounter and you’ll eventually unlock it.

I’m at nearly 200 hours in the game and I’ve yet to unlock this sword, despite killing every Kraken I’ve found, so it might take a while.

Well worth it, though, as the Kraken aesthetic sets are incredible and this cutlass fits snuggly alongside them. 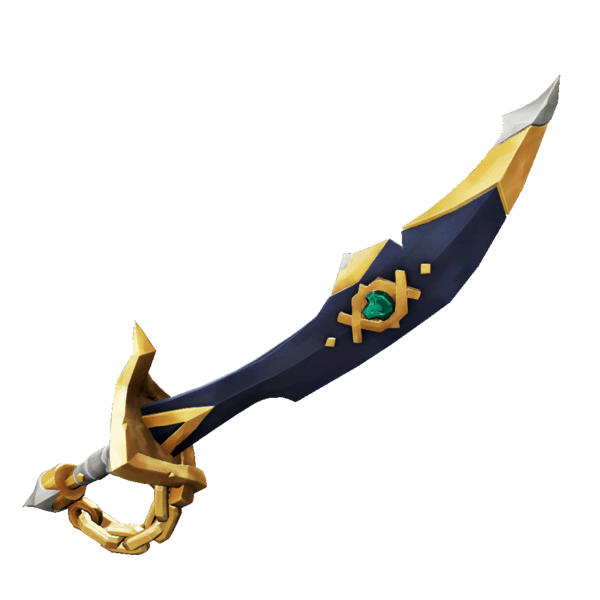 How to unlock: Win 240 arena matches as a Pirate Legend. Purchase from the Athena’s Fortune Shop.

Easily the hardest cutlass skin to acquire in the entire game, the Legendary Cutlass is rarely seen on the Sea of Thieves.

Many players will comment on it, wondering how it’s even possible to get.

Go for chests and stay alive, never let yourself sink.

Keep an eye out for ships engaging each other and swoop in to pick up the pieces. 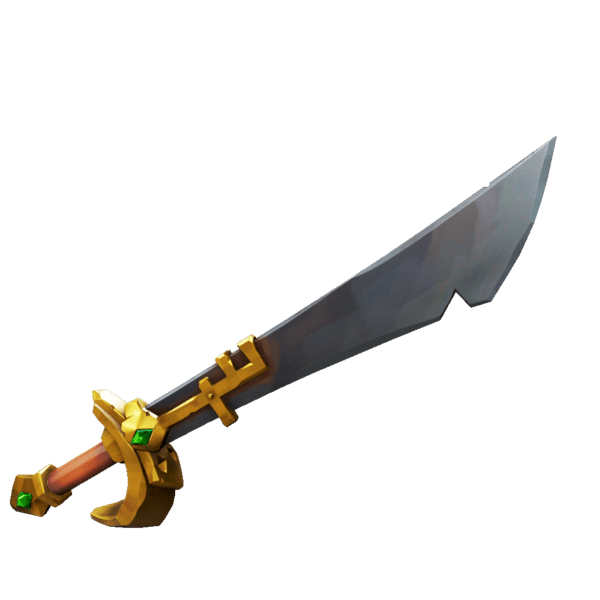 How to unlock: Open 100 Treasure Vaults.

If you enjoy a chunky sword type of aesthetic, this cutlass is for you.

Golden handguards look great with a variety of other Gold Hoarder skins.

Opening 100 treasure vaults looks daunting but it won’t take too long if you’re trying to hit max reputation with the Gold Hoarders.

If you’re not, it might take years before you finally get this cutlass skin.

How to unlock: Become a Pirate Legend. Purchase from the Athena’s Fortune Shop.

Costing a truly insane amount, the Dark Adventurer Cutlass is perfect for any pirate who wants a more intimidating appearance.

Sporting the classing Athena’s Fortune mark, you’ll need to drop a huge amount of cash to get your hands on this skin. 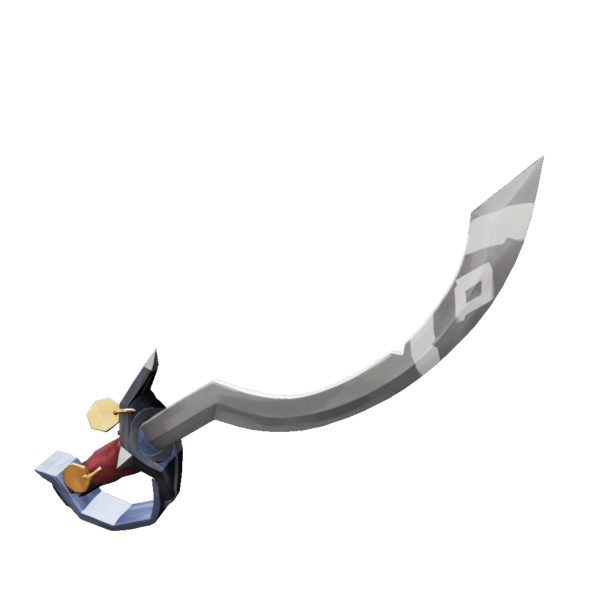 How to unlock: Purchase 250 Bounty Voyages via the Order of Souls. Purchase from the Weaponsmith’s Shop.

200k Gold is no small amount to pay for a cutlass skin.

You’ll have one of the most visibly unique cutlasses in the entire game, with many players being completely unaware of its existence. 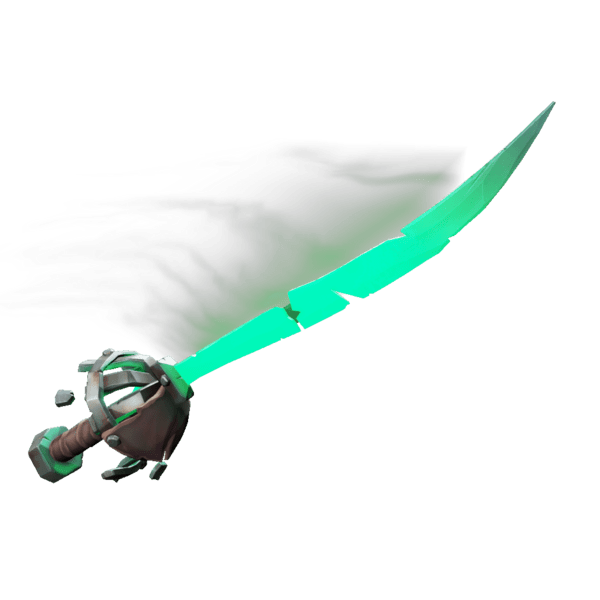 How to unlock: Be a Pirate Legend & complete the Fort of the Damned 25 times. Purchase from the Athena’s Fortune Shop.

For raw, bone-chilling aesthetics, the Soulflame Cutlass is unrivalled.

It glows an eery green, as well as lets off mist from above. How to unlock: Acquire a Sea Dogs reputation of 45. Purchase from the Sea Dog Tavern NPCs.

If you’re more of a “good guy” theme type of player, running things like Admiral ship skin sets for example, this cutlass skin is perfect for you.

While it lacks in special animations and special effects, it really looks like the sword of someone who has conquered many foes, and acquired many treasures! 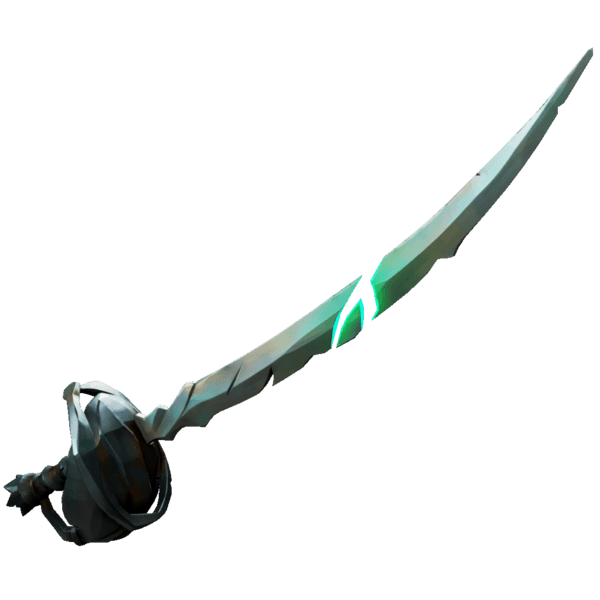 The Ghost Cutlass is set apart from its peers by the floating, magical appearance for the blade.

Half of the blade is split, kept together by magical green mist, and it has its own animations to go with it.

Remarkably easy to get for a very affordable price, this cutlass skin is fairly common on the high seas, for good reason. 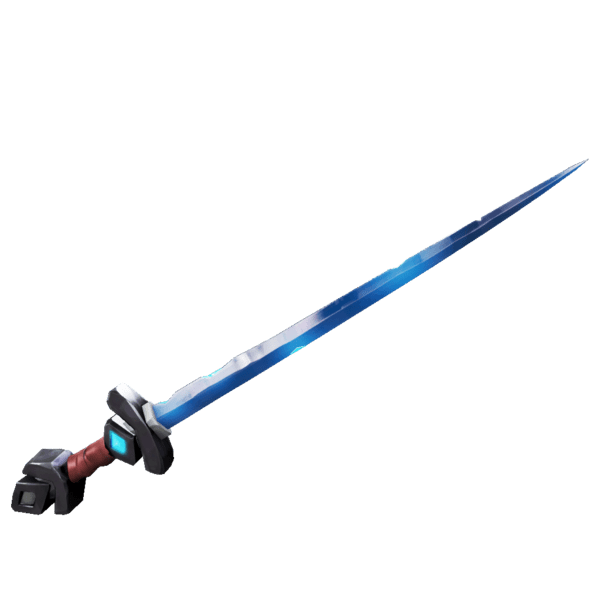 How to unlock: Complete the Seabound Soul Tall Tale.

The Sword of Souls is by far the most unique cutlass skin in Sea of Thieves.

Simply completing a Tall Tale to unlock, with Seabound Soul being one of the easier Tall Tales to complete.

To start the Tall Tale, find the Blackwyche in Shipwreck Bay, there’ll be a ghost waiting for you!