Having been running this site since 2017, I’ve written over a hundred thousand words about video games.

With over 24,000,000 pageviews recorded, I realized my readers have no idea what platform I play on, or what specs I run!

I’ve detailed it all below. You’ll see what I use when I work on this site multiple hours every day 🙂

You’ll notice you don’t need to spend thousands to get a professional setup.

That being said, there are a few things you NEED to have. Acquiring these things made life, and gaming, 10 times easier. 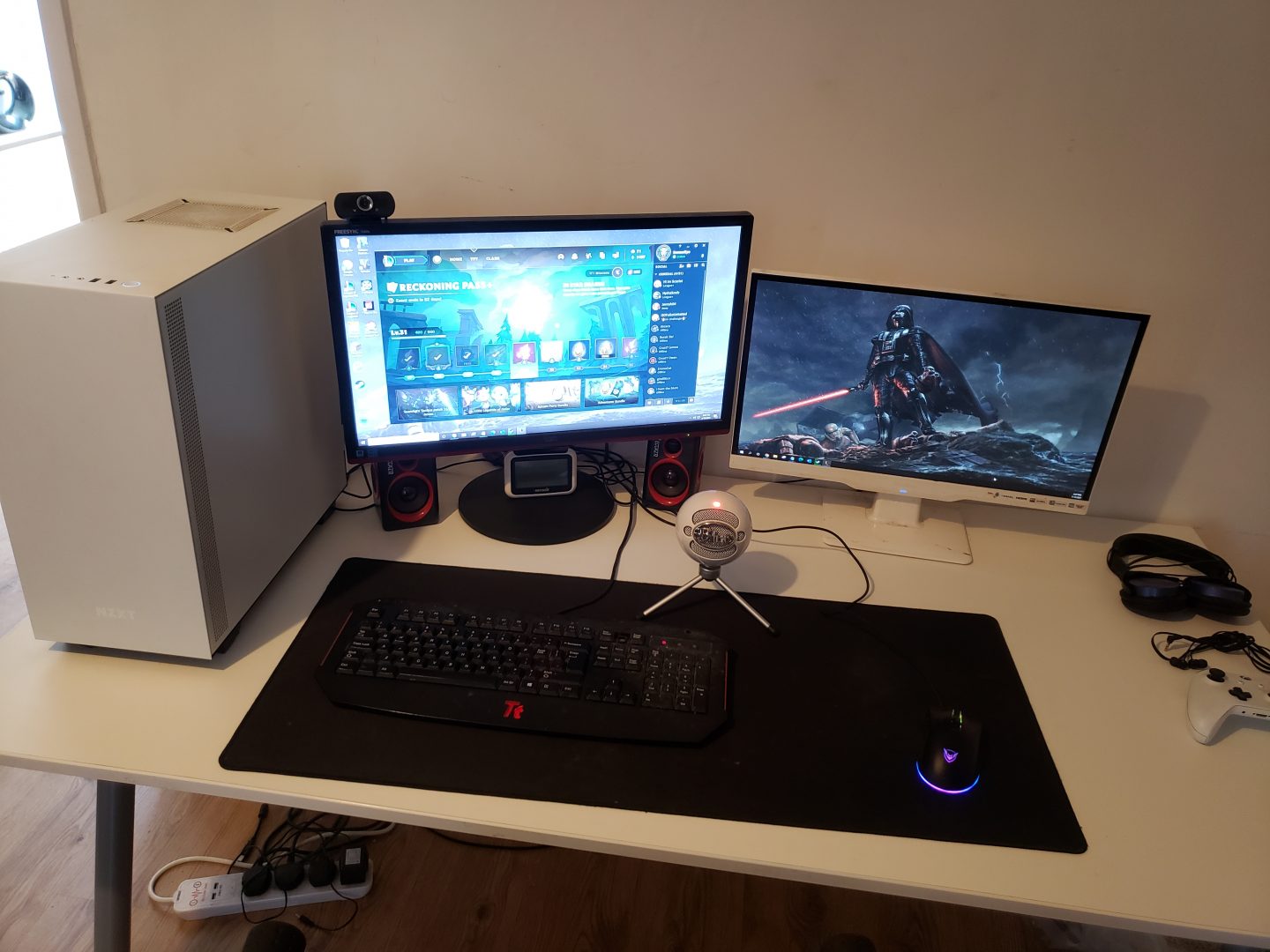 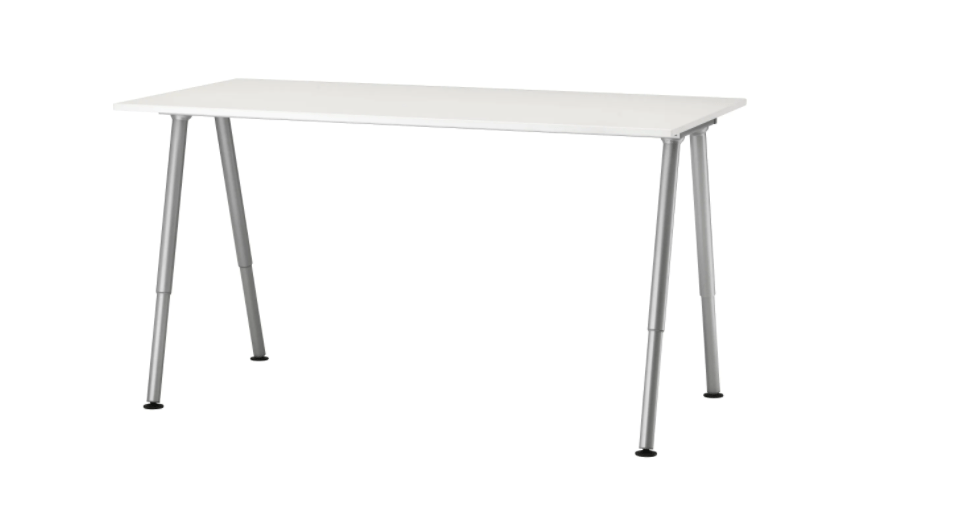 A good desk is extremely important for posture, organization, and space.

This desk offers more than enough space to nicely organize your set-up.

I have long arms so being able to type with my arms across the desk is hugely beneficial, doing wonders for my joints when I’m writing for hours.

Tried many different desks across the years and this is by far the best. I believe IKEA offers it in black if you dislike white. 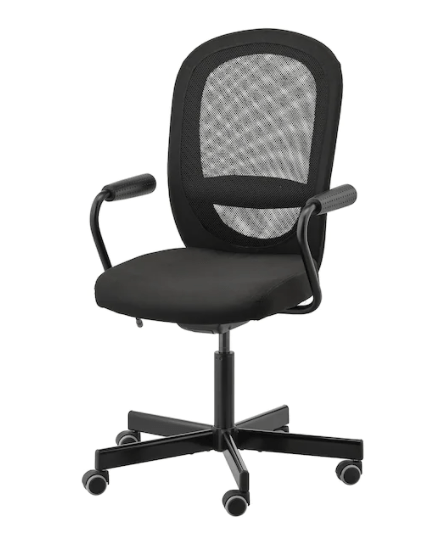 There’s really no need to go out and spend hundreds on a gaming chair! 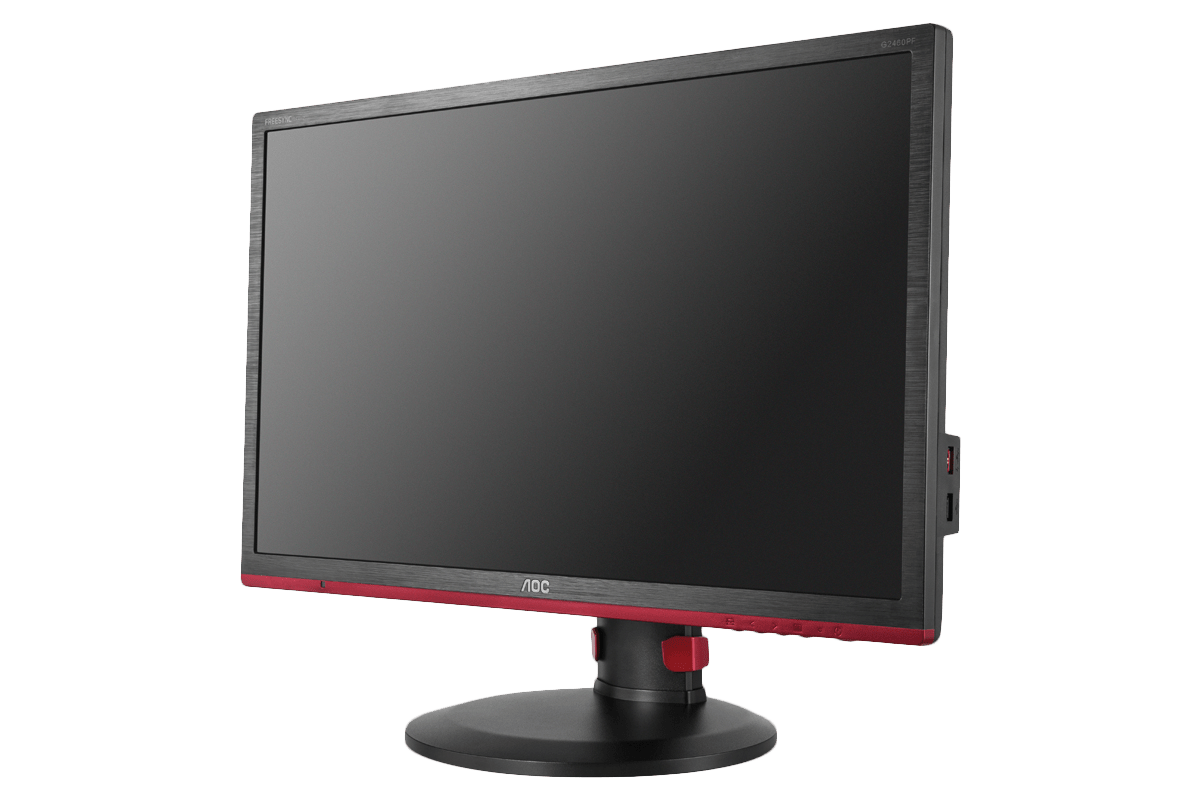 Up to 144Hz for this monitor, I’ve owned it for years and it does the job just fine.

Not sure if it’s to do with display drivers but occasionally, when ALT-TAB’ing out of a game, the monitor will refuse to reopen the game and the display stops working.

That being said, this was a budget option years ago, so I can’t expect it to work perfectly forever. 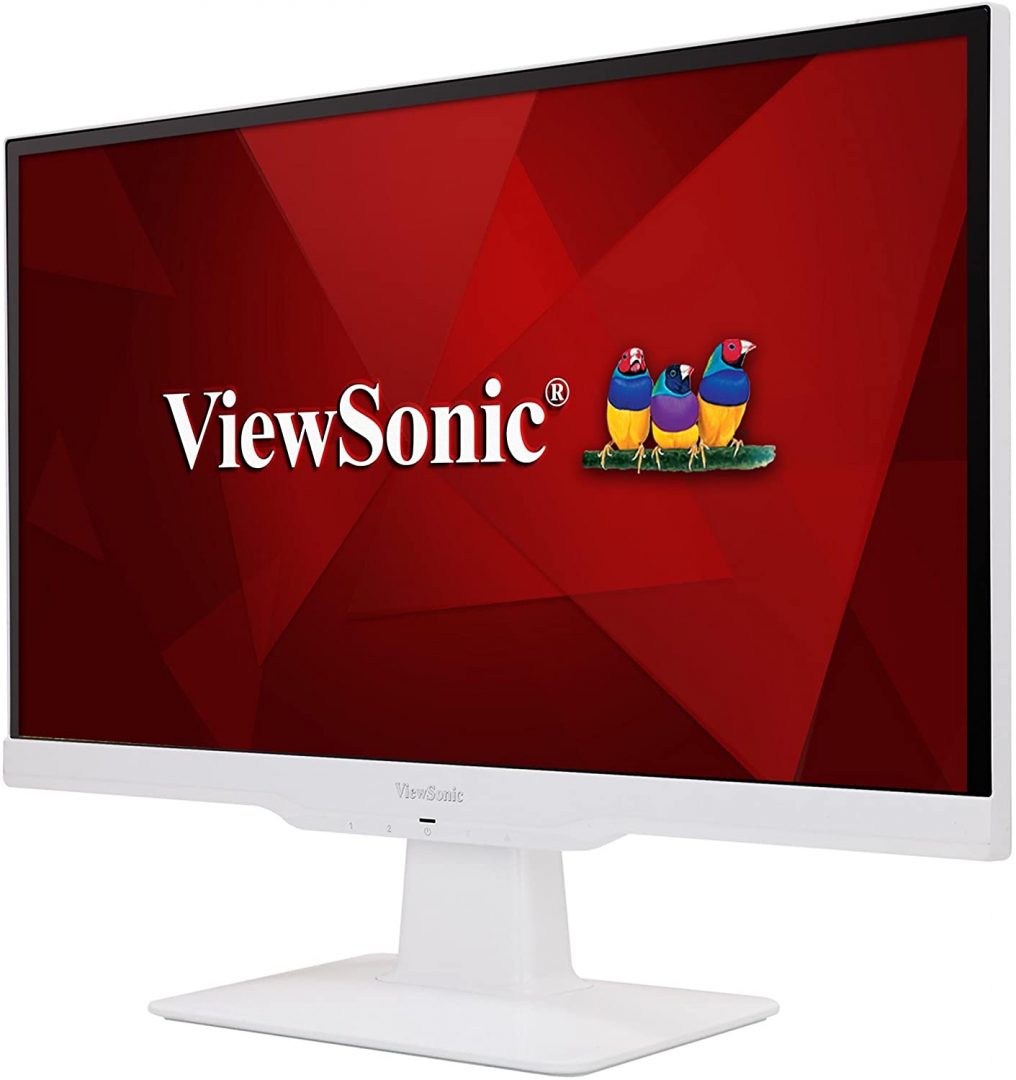 Not much to say here, I chose it at the time for the white aesthetic, as that’s the build color scheme I was going for.

Soon after, I started going for a red/black theme, so now my whole set-up is a mixture of both. 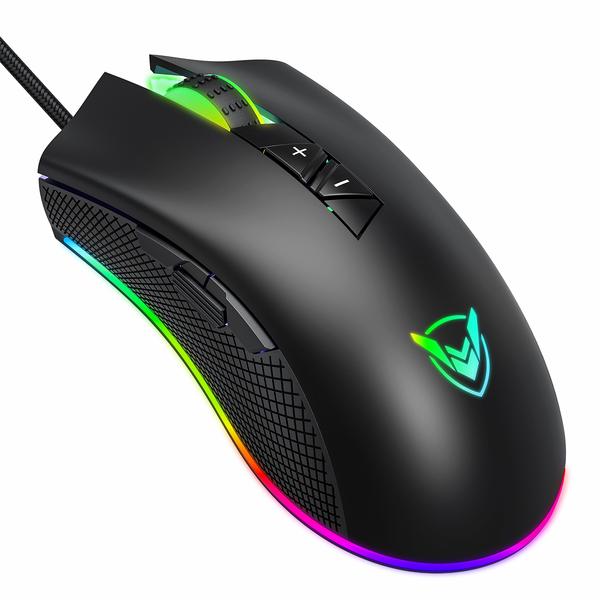 It’s a colorful mouse, plenty of buttons, and a DPI changer.

RGB lights flicker through each color on the spectrum, looks pretty nice.

Changing the DPI is not something I do, but my son manages to make the mouse extremely sensitive by the next time I’m using it!

I tend to go through mice quickly, so this budget option has done the job.

Had a few issues with cat hairs getting inside and messing up the scroll wheel, but the mouse is easy to open and put back together again. 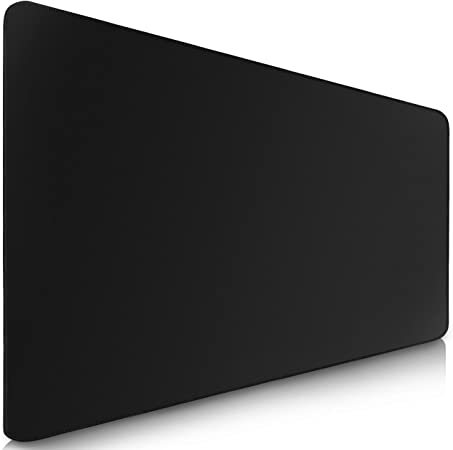 Every gamer needs a surface for this mouse, a small one won’t cut it.

This large gaming mouse gives enough space to house your mouse and keyboard.

It does cost more than your usual mousemat but it’s well worth it. 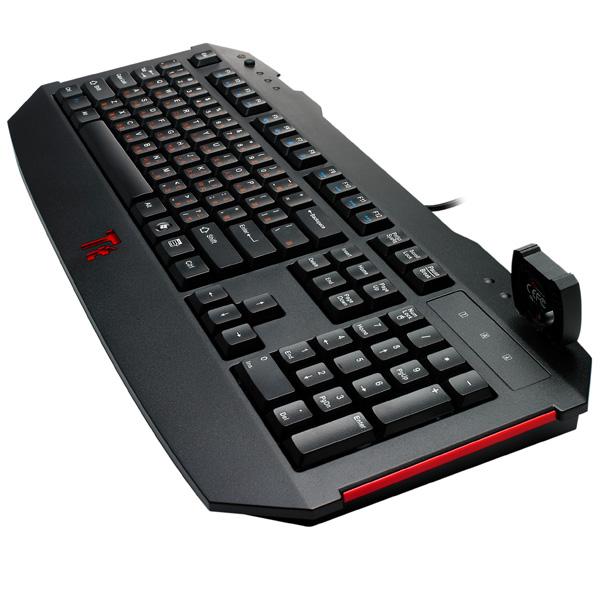 I’m not a big fan of keyboards with fancy gizmos and attachments.

If it types, works reliably, and lasts a while, it’s great for me.

This particular keyboard has lasted me for years when others couldn’t (mostly due to me spilling drinks).

The small fan that comes with it is useless, it’s a gimmick. 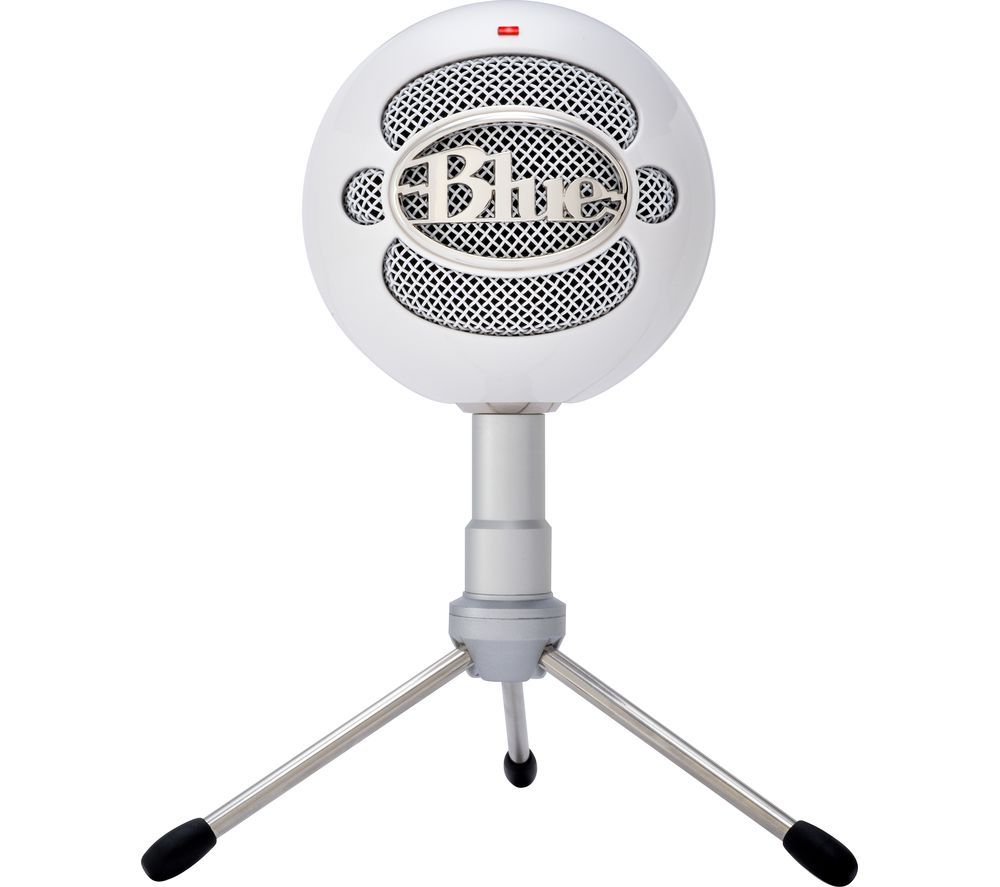 Great mic that sits on a bipod, isn’t too large but it takes audio perfectly.

No stress and no fuss, it does the job as it should. 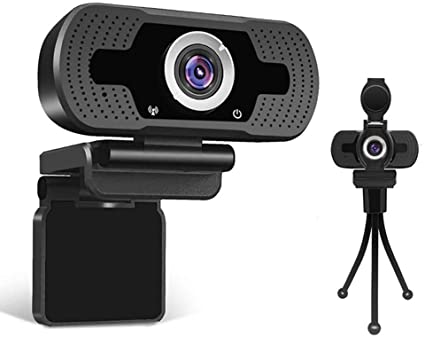 Needed a cheap webcam for video calls during lockdown, nothing too special.

This particular webcam is actually pretty good, fits snuggly onto my monitor and was working within 2 minutes. 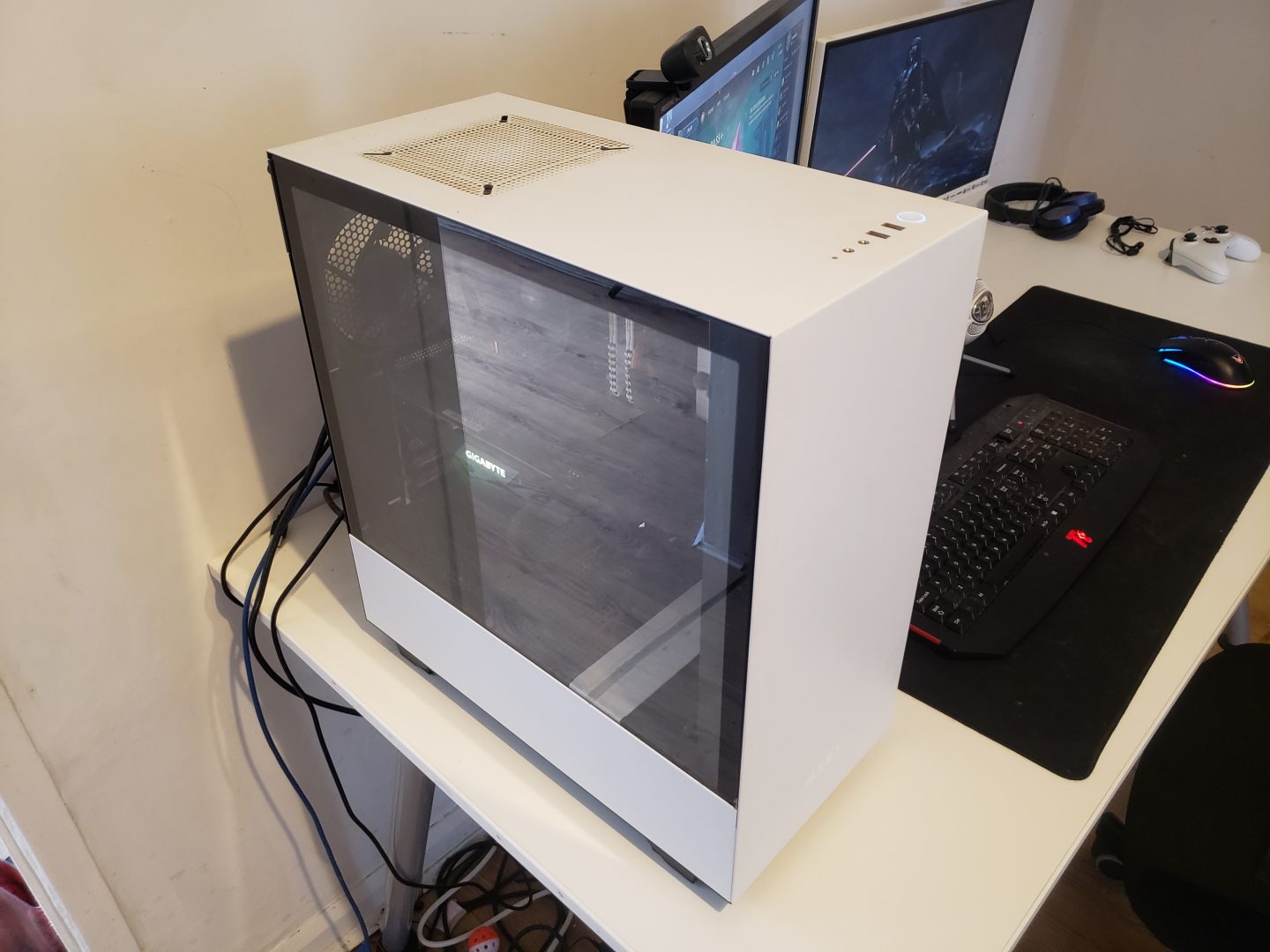 My PC is a budget variant, I’m not one to spend exorbitant amounts to run every game in max settings.

For me, games look beautiful on even Medium settings nowadays.

That being said, I have built my PC myself. It started out as a cheap £450 setup, over 10 years ago. Piece by piece, I’ve upgraded it to the beautiful piece of machinery it is today!

Overall, it cost easily under $1000 for this entire rig. Look out for items on sale, with discounts or barely used second-hand items. 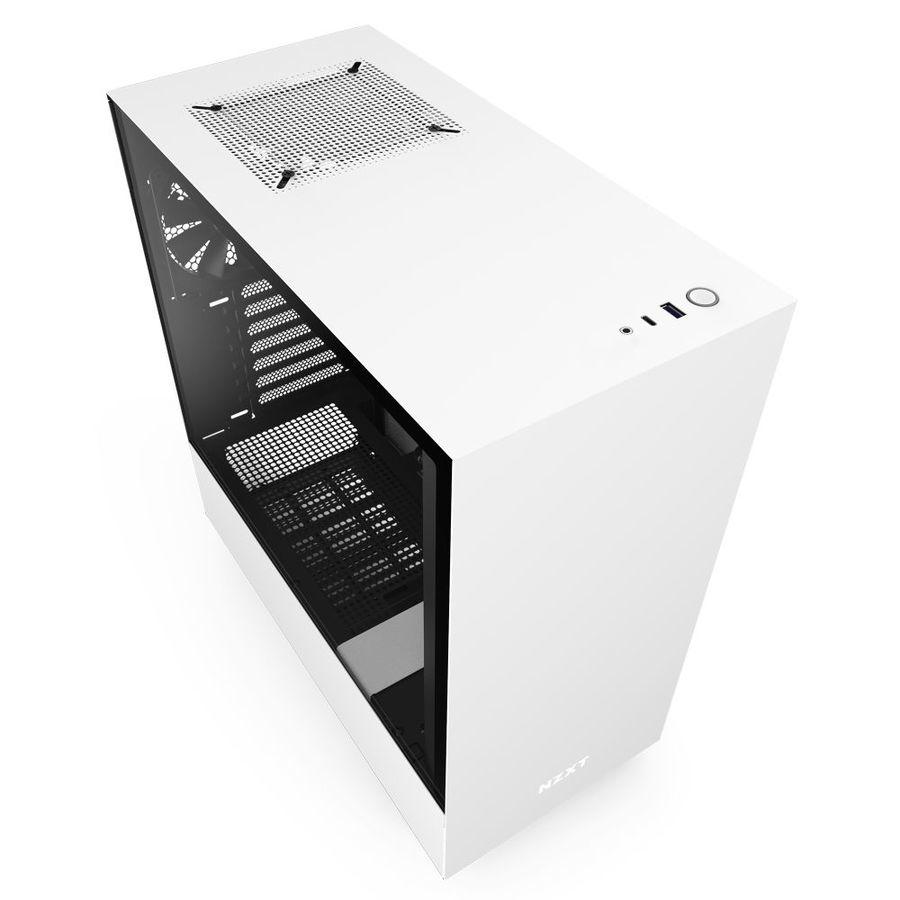 But this case by NZXT is by far the best. Small and compact with a simple appearance, yet it has ample room for all of your components.

With the way the case is designed, your PSU and wires can all be packed out of sight.

What this provides is a glorious aesthetic to go alongside your set-up. 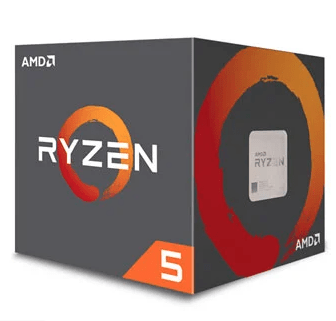 Lasted many years, did a job running games, and had no problems.

Had to upgrade though, to keep up with newer games.

The Ryzen 5 2600 isn’t exactly immensely powerful, but it has enough cores and clock speed to work well for anything I do. 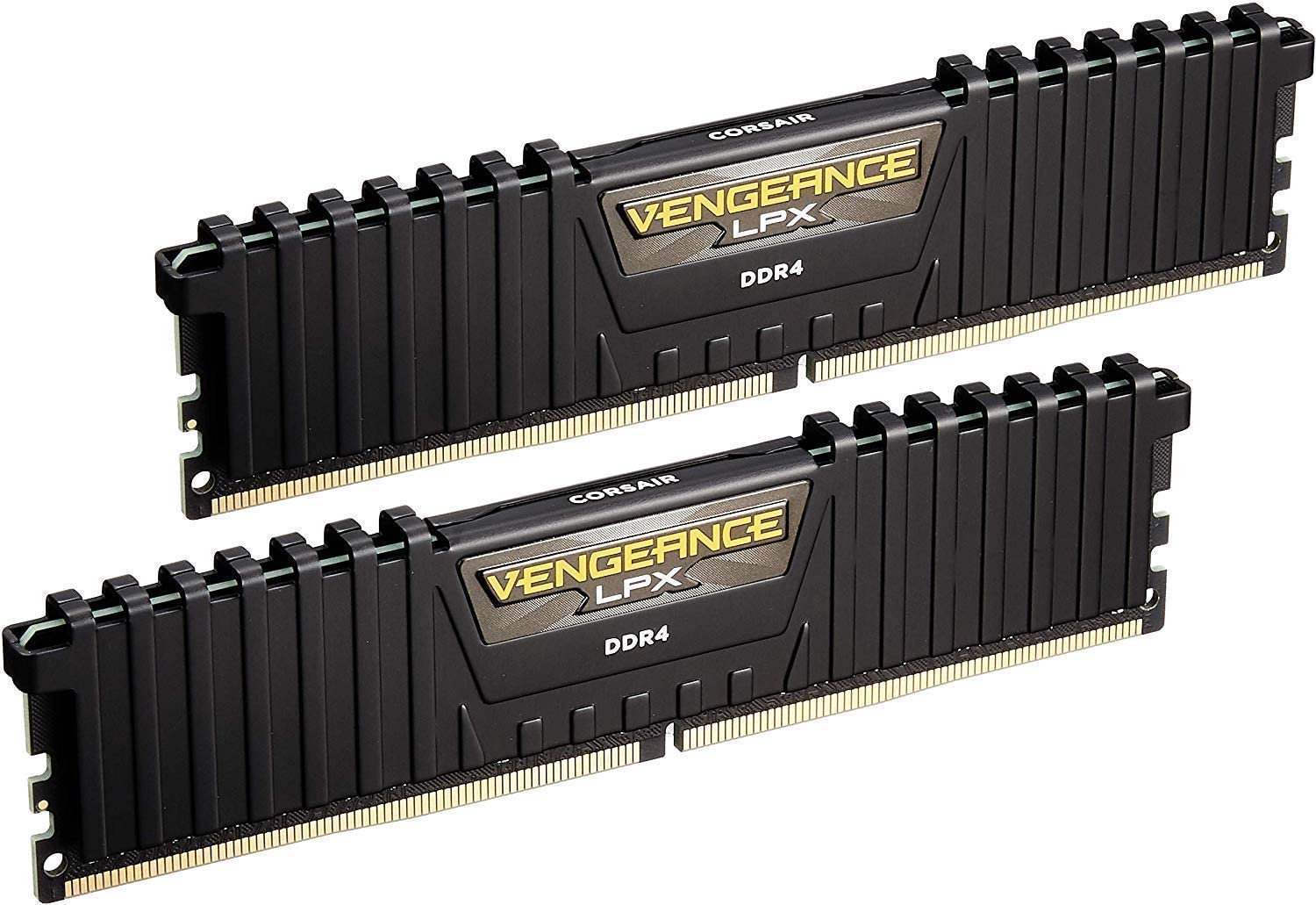 16GB of memory is an absolute minimum nowadays, with many games using more than 8GB by themselves.

Memory is used to store data temporarily, to keep your actual storage device from using resources to cache files.

So I can run multiple Google Chrome tabs, play music, have video editors open, all in the background while I’m gaming.

DDR4 memory with at least 3000 MHz speed is recommended here, anything lower will produce complications in terms of performance. 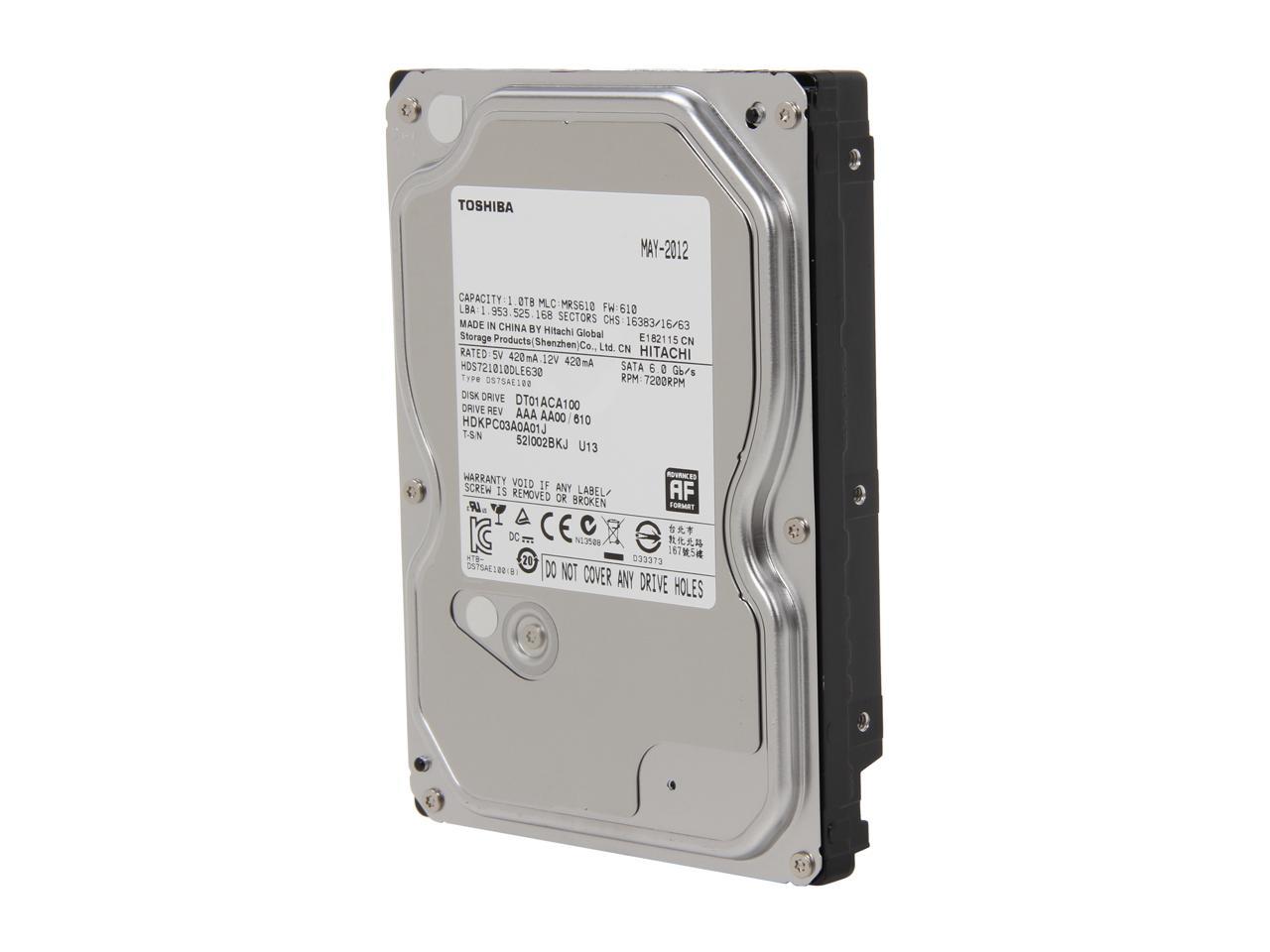 While HDDs are a lot slower than SSDs, they’re a lot cheaper and allow you to store files like videos, documents, and backups without taking up your main storage space.

During my years in IT support, I saw many hard disks fail. It’s always a risk with this component type.

But this Toshiba HDD has been going strong for 8 years now, retaining its 7200 RPM speed and it hasn’t had any performance blips once.

Upgrading to an SSD is one of the best things you can do for your PC, reducing load and boot times considerably.

I chose the budget 500GB one, due to financial constraints at the time. Big mistake.

Many games take up 80GB-150GB of space nowadays so it’s frustrating having to uninstall games to make space for new ones.

I’ll be looking at upgrading to a 2TB SSD as soon as possible. I want to have tons of games on the PC, not a mixture of 6-7.

That being said, Samsung’s SSDs are top quality and has worked brilliantly for me since I first installed it. 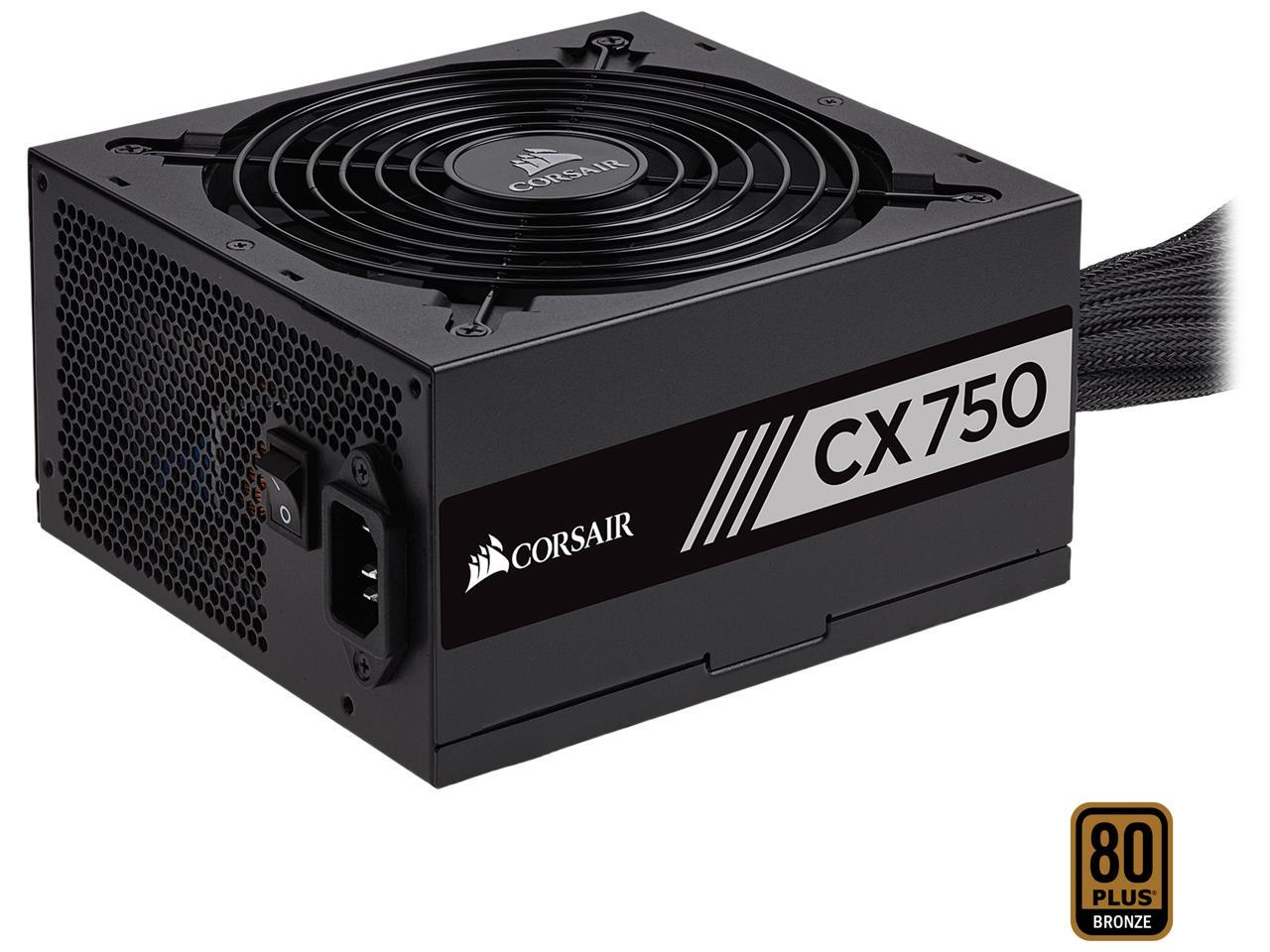 Pretty sure I’ve had this same PSU for 8 years, it came with a 15-year guarantee and it doesn’t look like it’s dying any time soon.

It has been through almost all of my builds, seen half a dozen graphics cards and memory sticks.

Highly recommend anything Corsair for your build, they tend to be more expensive but they work for years and years. 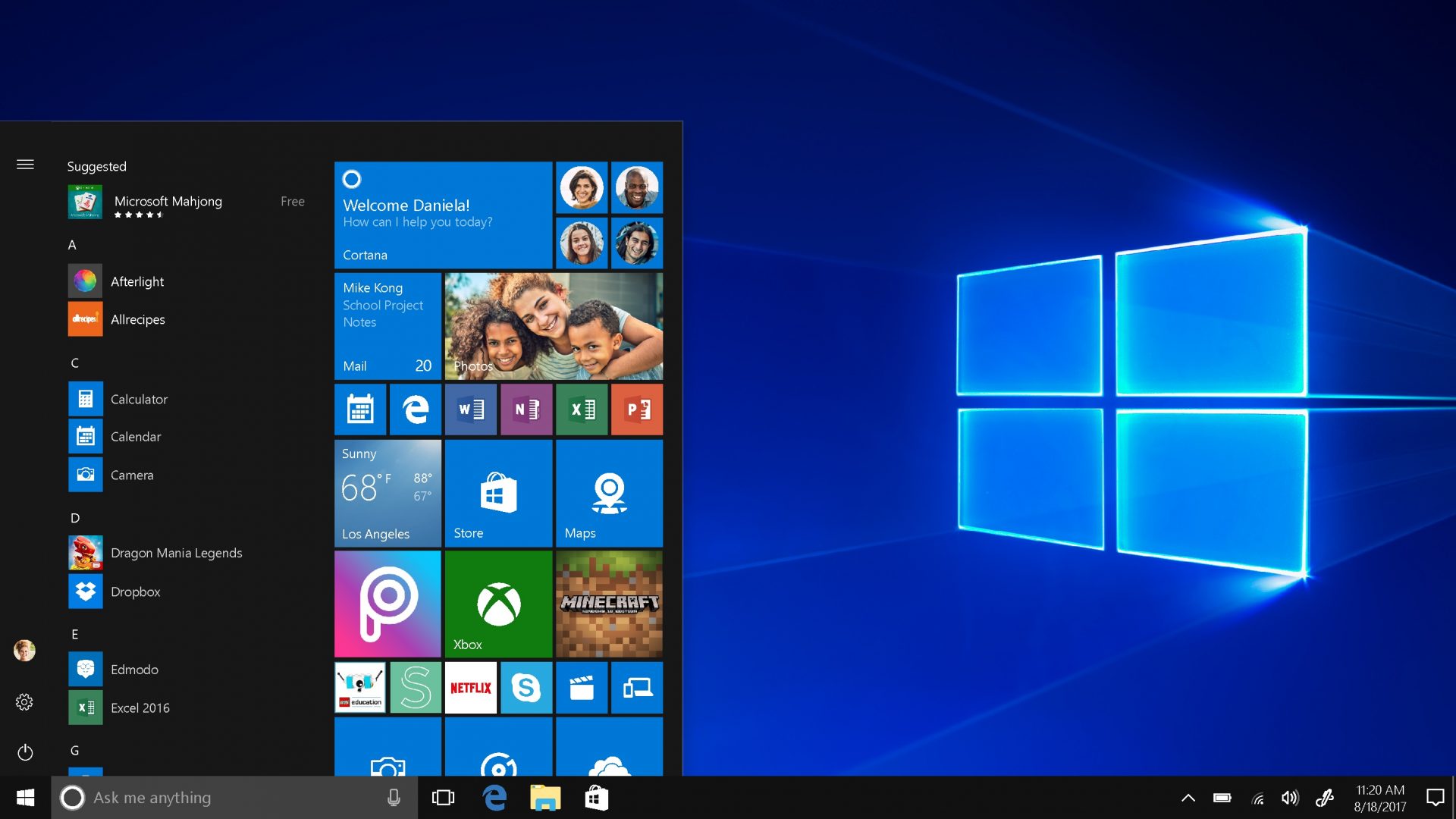 I’m thankful for many things in my life, the release of Windows 10 is at the top of the list.

Windows 8, and its predecessor, Windows 8.1, were both terrible operating systems, and I’m glad they’re gone for good.

Unfortunately, I worked in IT Support around the time Windows 8 was released.

Imagine having to provide support for an operating system that does its best to annoy users and support technicians alike.

Windows 10 is a great improvement, basically Windows 7 with a new, improved look and functionality. 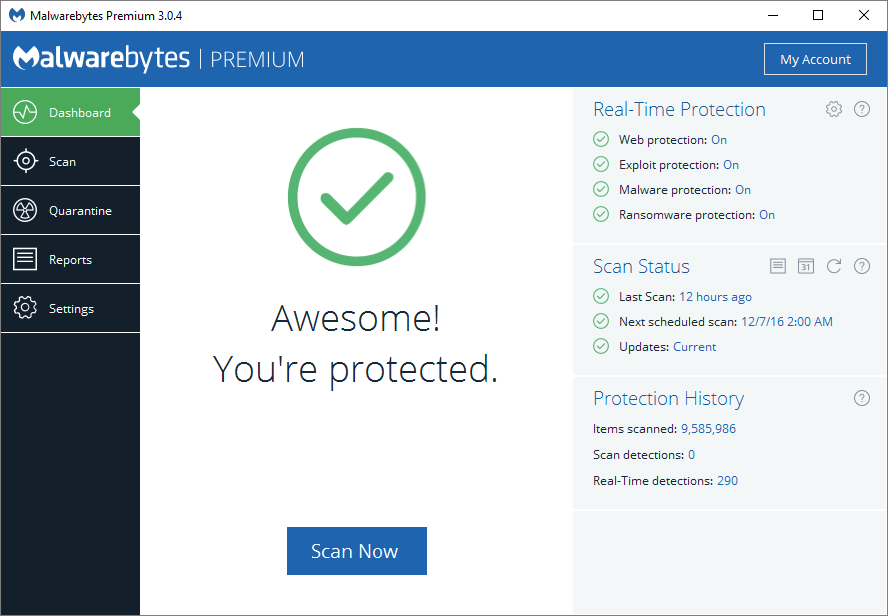 Windows Defender is actually pretty good for anti-malware, but a dedicated piece of software adds that extra bit of security.

Over the years, I’ve tried many different anti-malware technologies.

Used to be a big fan of AVG, even had a business partnership with them in the IT support company I worked for.

But MalwareBytes has become my go-to, performing the deepest scans with an easy-to-use UI and intuitive design.

Just wish it’d stop asking for me to go for Premium, lol.