Wyvern hunting is by far the best way to get gear for your heroes.

Almost every hero will benefit from some nice speed set items, with many also enjoying effectiveness & attack sets too.

In order to start conquering the various dungeons & raids in Epic Seven, you need DPS heroes.

And to dominate in PvP, you need good speed sets on your heroes to ensure they don’t get debuffed/attacked before they use their own abilities.

To gear up the vast majority of heroes in the game, you’ll want to do Wyvern hunting.

Wyvern is a fire elemental, so your best bet is to go with Ice elemental heroes.

Plenty of them exist who can do good damage, or tank the Wyvern’s hits.

Many of them are readily accessible for new players, you can build a Wyvern team very early on!

Daydream Joker is the best artifact as it deals damage proportional to the target’s max health, making it exceptionally useful on heroes who attack multiple times per turn.

What is the best starting Wyvern team? 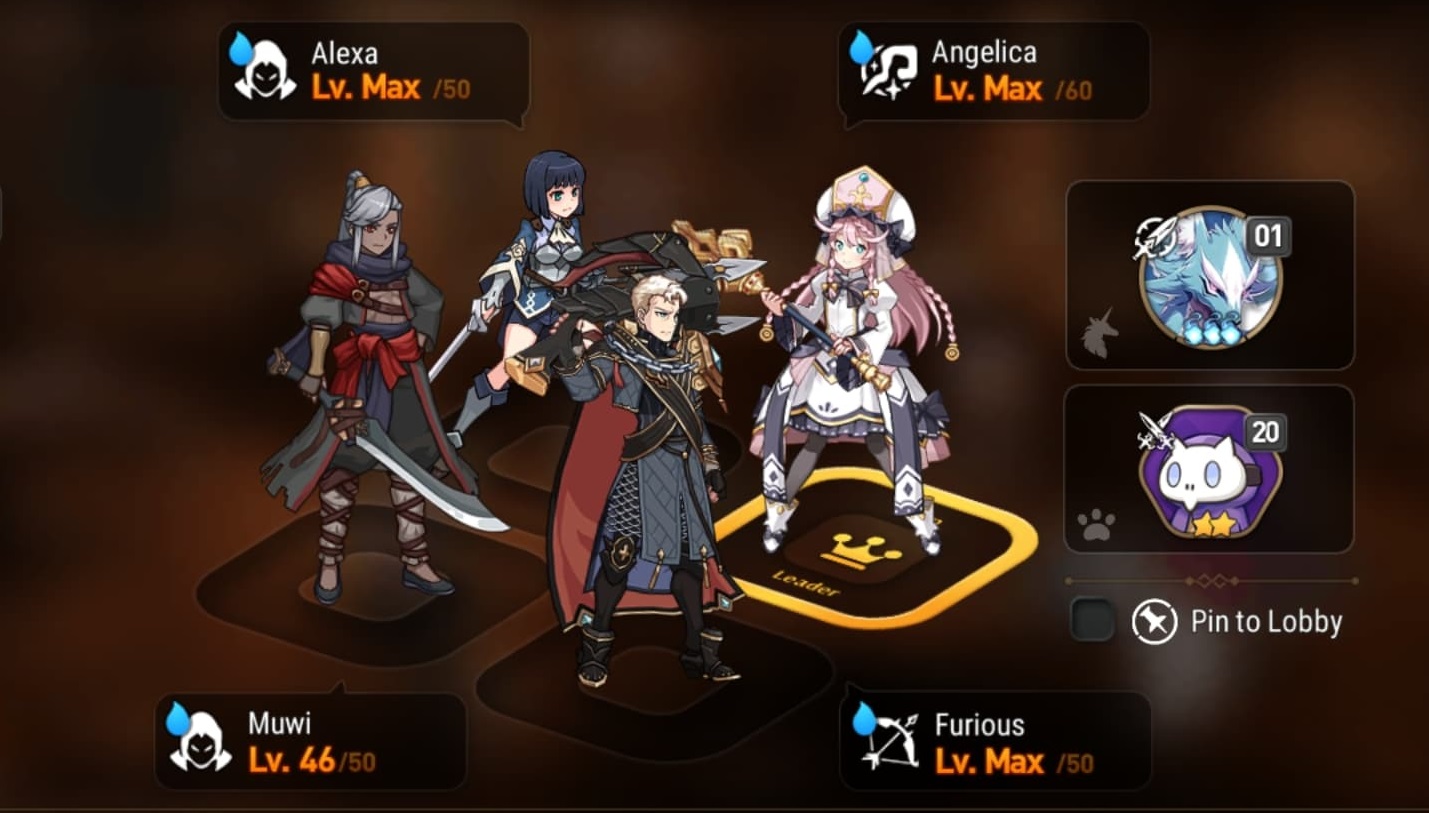 What is the best late-game Wyvern team? 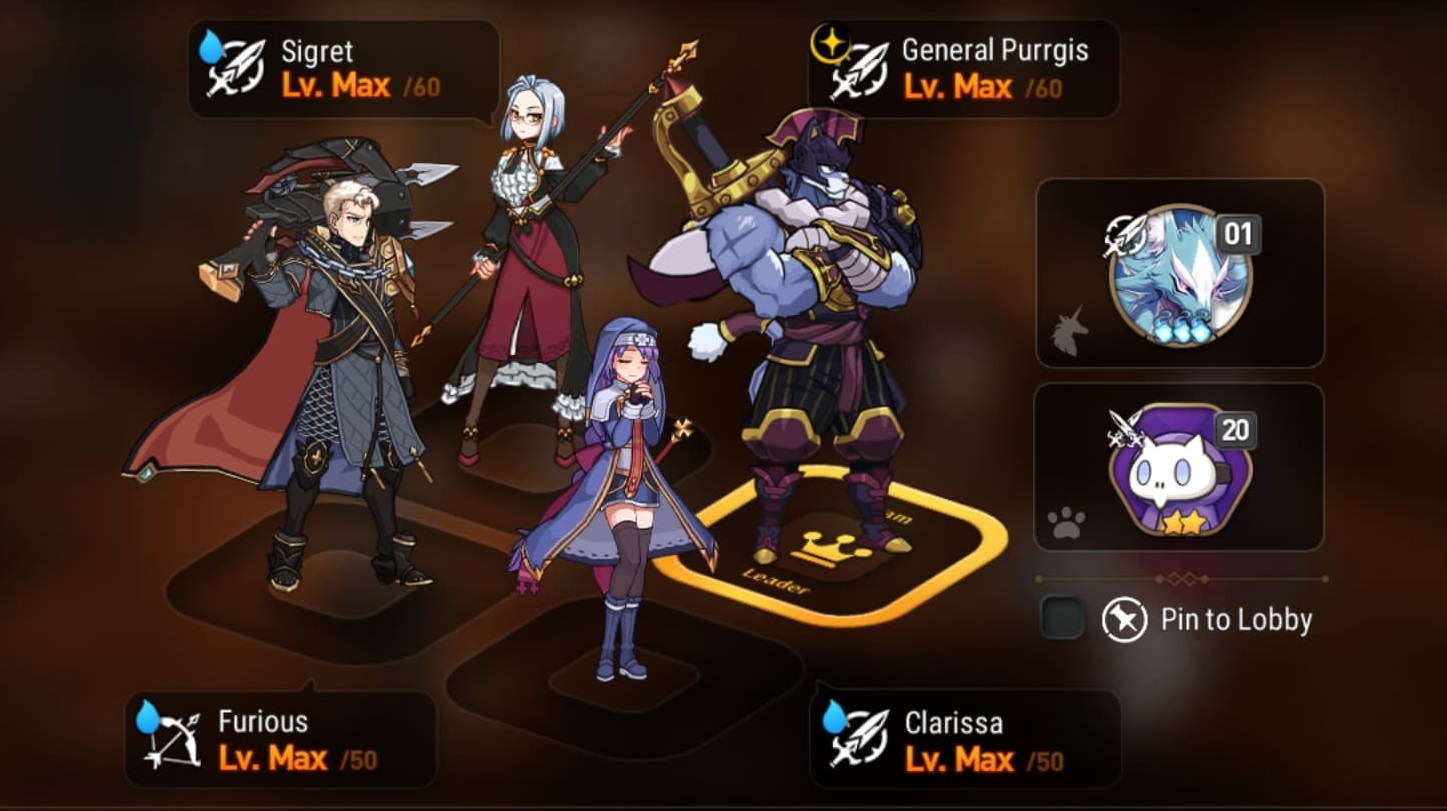 How to get: 4-star Covenant Summon

Strikes the enemy with a sword. A critical hit will decrease cooldown for 1 turn.

Slashes the enemy. A critical hit will decrease Defense for 1 turn and grant an extra turn.

Cuts the enemy with lightning speed. A critical hit will increase damage.

One of the best single target DPS heroes in the game, Karin is a simple character who out-puts tons of damage.

You do need a good amount of crit damage on her though, as her skill multipliers are suited for critical hits.

Having a defense break on her skill 2 is particularly useful for an extra debuff and although it doesn’t last long, her skill 1 will reset the cooldown. 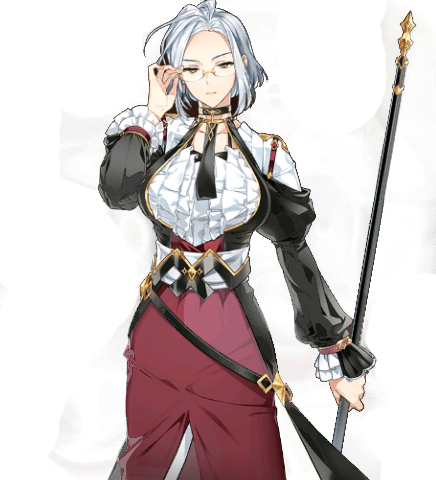 How to get: 5-star Covenant Summon

Attacks with a scythe, with a 40% chance each of inflicting two bleeding effects for 2 turns.

Batters the enemy with a scythe, with a 85% chance each to inflict bleed and make them unhealable for 2 turns. When the enemy’s Health is less than 50%, activates Sever as an extra with a 100% chance of inflicting bleed.

Inflicts lethal damage to the enemy, piercing their weak point, penetrating Defense by 30%, with an additional 10% for each debuff inflicted on the enemy. Inflicts extinction when the enemy is defeated.

Sigret absolutely dominates both PvP and PvE, she’s definitely worth giving your best set if you manage to get her.

As well as hitting like a truck, Sigret applies bleed effects, which are amazing for keeping the Wyvern debuffed.

Overall, she works perfectly as a DPS debuffer, something which few heroes lack when it comes to Wyvern hunts.

She’s specifically listed 9th due to her being a 5-star summon, as many players won’t get her for a while, so it’s best to recommend other heroes! 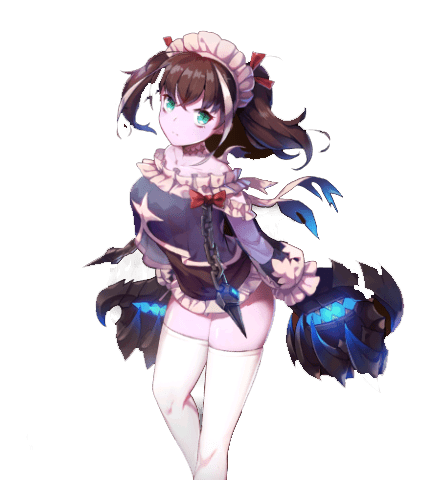 Claws the enemy absorbing some of the damage to heal all allies.

Casts a spell at the enemy with a 80% chance to make them unhealable and decrease Attack for 2 turns.

Some of the damage dealt is absorbed to heal all allies.

When the enemy is defeated, grants revive to the ally with the lowest Health for 2 turns.

For an easily accessible DPS, who can also provide some debuffs, Mistychain should be your go-to.

No doubt you’ll have a bunch of Mistychains already, so make sure to memory imprint them all into your main copy.

Build her full crit and she’ll provide some nice damage, as well as a small amount of heals to keep your front-line hero in the fight. 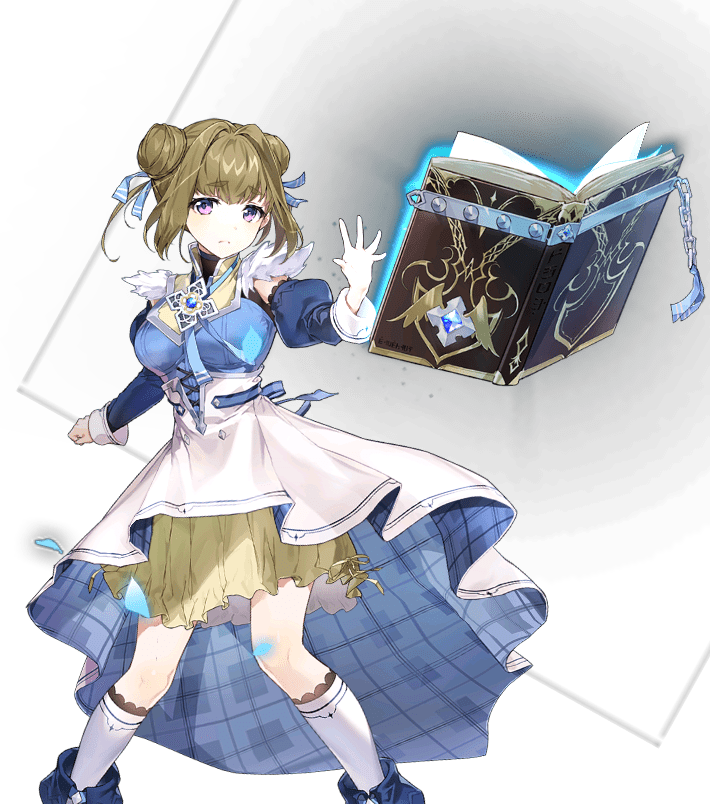 How to get: 3-star Covenant Summon, then complete her specialty change.

Attack the enemy with water energy, with a 25% chance to put them to sleep for 1 turn.

Dispels one debuff from all allies, and heals debuffed allies.

Amount recovered is proportional to the ally’s max Health.

Burn Effect: Effect is granted to all allies.

Amount recovered is proportional to the target’s max Health.

Give your Angelic Montmorancy the free HP set you get early on, upgrade all the items to +15 and you’ll have a good front-line who can tank up to Wyvern 12.

Her heals are there to top her health up, that’s it.

Finding a good front-line hero for Wyvern can be tough early on, but thankfully this hero is easily accessible for even the newest of players. 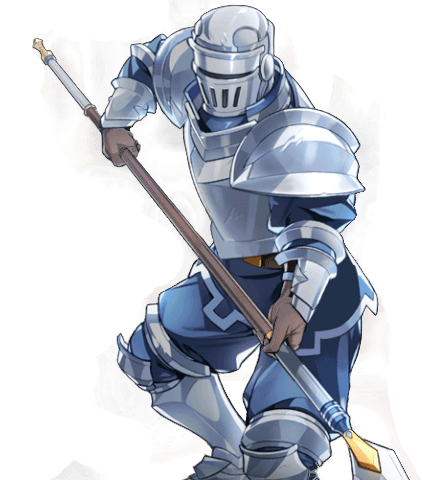 Knocks the enemy into the air with a spear, with a 50% chance to decrease Defense for 1 turn.

Increases chances of Dual Attack by 5%.

Combat Readiness of all allies increases by 25% and the caster is granted increased Attack for 1 turn when a Dual Attack is triggered.

Pierces the enemy’s weak point with a spear, absorbing Combat Readiness by 40%.

Taranor Guard’s entire kit is built for tackling Wyverns, being a viable defense breaker with some nice dual attack bonuses. 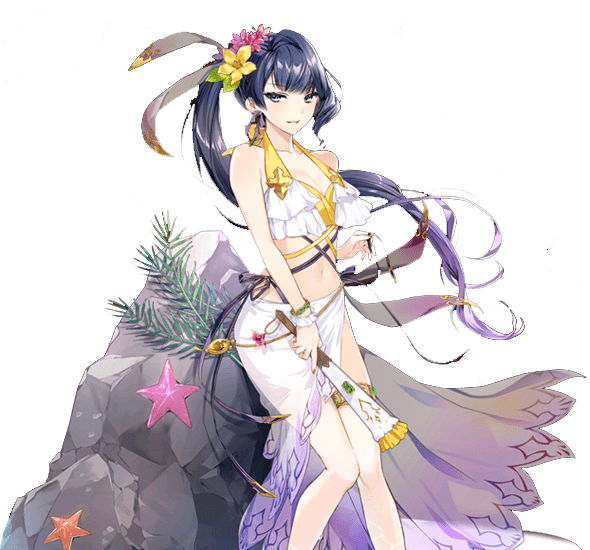 How to get: 5-star Limited Summon

Attacks the enemy with a fan, with 60% chance to target the enemy for 2 turns.

Skill 2: I’m With My Friends

Shares 30% of damage suffered by the caster with the foremost ally.

When more than one damage sharing effect is granted, only the strongest effect is applied.

The caster gains 1 Focus when ally is attacked.

When an ally is attacked and the caster’s stacked Focus is 5, loses all Focus and activates You’re not Cute.

You’re not Cute: Attacks all enemies with a fan, with 50% chance to decrease Defense for 2 turns.

Skill 3: Haven’t I Warned You?

Attacks all enemies with a spray of water, with a 85% chance to make them unable to be buffed and unhealable for 2 turns.

If you didn’t already know, the “target” debuff increases damage taken by the Wyvern by 15%, as well as reducing their evasion.

As the Wyvern attacks multiple times per turn, you’ll see her focus stack up quite generously, then she’ll counter-attack for a defense break.

Additional debuffs in her skill 3 makes her a good DPS debuffer.

Seaside Bellona also shines in PvP and various Abyss floors, and is definitely worth obtaining if she’s available during an event! 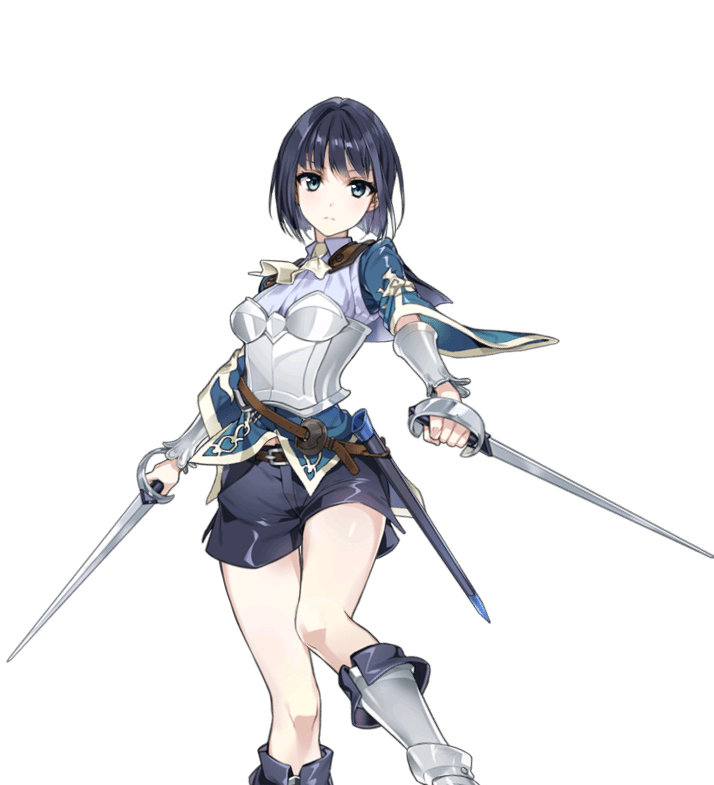 Cuts the enemy with dual-wielded swords.

Lightning Bolt can only be activated once per turn of the caster.

Attacks with a cold blade with an 80% chance to inflict two Poison effects for 2 turns, and increase the caster’s Combat Readiness by 30%.

Attacks the enemy continuously, dealing damage proportional to number of debuffs inflicted on the enemy.

My personal favorite DPS, Alexa is a must-have for any Epic Seven player.

She deals absurd amounts of damage with the Daydream Joker artifact, as her skill 1 lets her attack twice, so her artifact procs twice.

Inflicting Poison is a nice addition too, although you don’t tend to build effectiveness on her, so it usually gets resisted.

Overall, you won’t find a better DPS you can easily acquire and gear up! 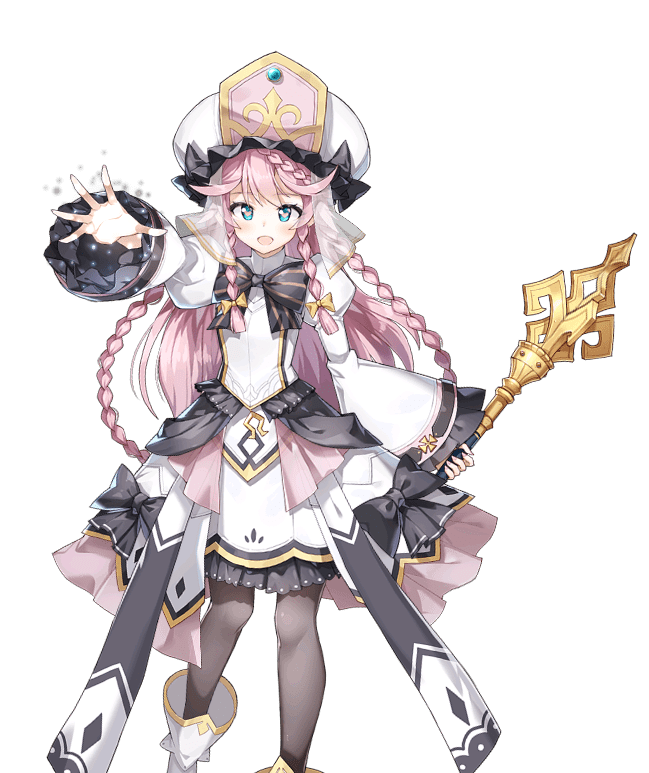 How to get: 4-star Covenant Summon & Connections

Recovers ally’s Health, as well as that of another ally with the least Health, with healing power. Amount recovered is proportional to the caster’s max Health.

Recovers the Health of all allies and grants a barrier and immunity for 2 turns. Amount recovered and barrier strength are proportional to the caster’s max Health.

Wyvern sticks to your front-line hero while it has 3 or more debuffs, so you’ll need someone who can take the hits.

Angelica does this perfectly, especially combined with Prophetic Candlestick, she’ll constantly be healing herself.

Give her your free HP set and you’ll have a solid front-line tank, all the way up to Wyvern 13. 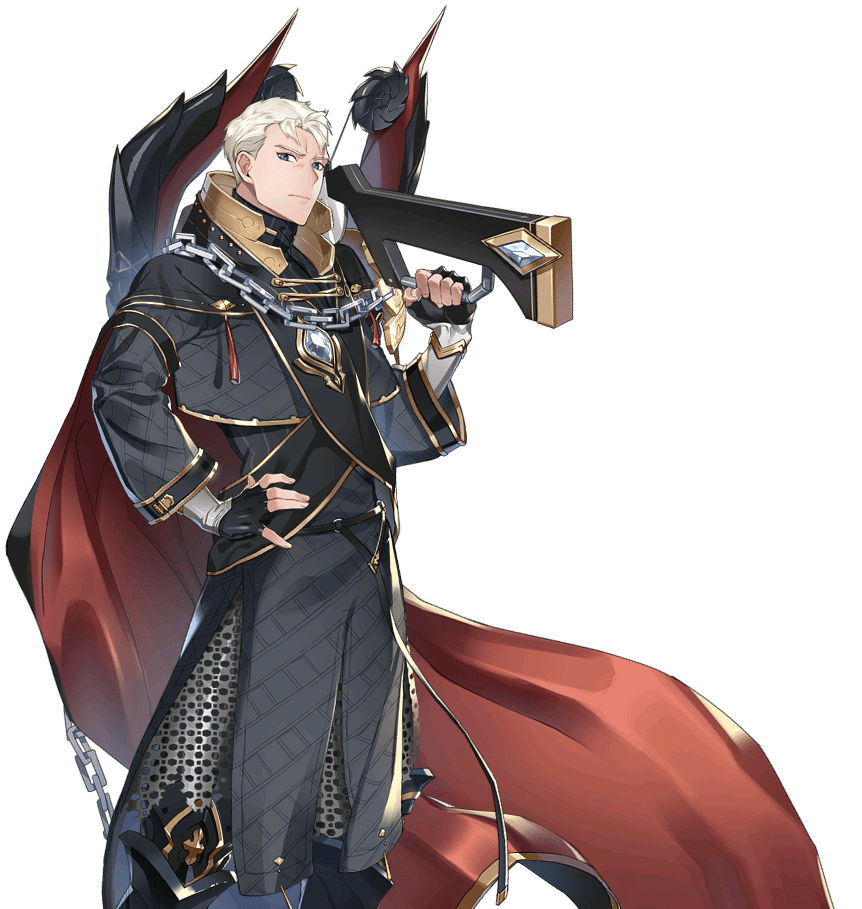 How to get: 4-star Covenant Summon

Fires a gun while dashing towards the enemy, with a 20% chance to burn for 2 turns.

Raises morale of all allies, granting Critical Hit Chance for 2 turns, before granting the caster an extra turn.

Attacks with a fatal shot, with an 80% chance to decrease Defense for 2 turns.

By far the most reliable defense breaker to get your hands on, Furious is easy to obtain, memory imprint, and gear.

You need about 65% effectiveness, and make sure has enough speed to attack before the other DPS heroes.

His crit chance buff allows for the DPS to build just 50% crit chance on their gear, as he provides 35% and the elemental advantage provides 15%.

Being able to apply the burn debuff is also pretty nice, but the chance is too low for it to have a noticeable effect on runs. 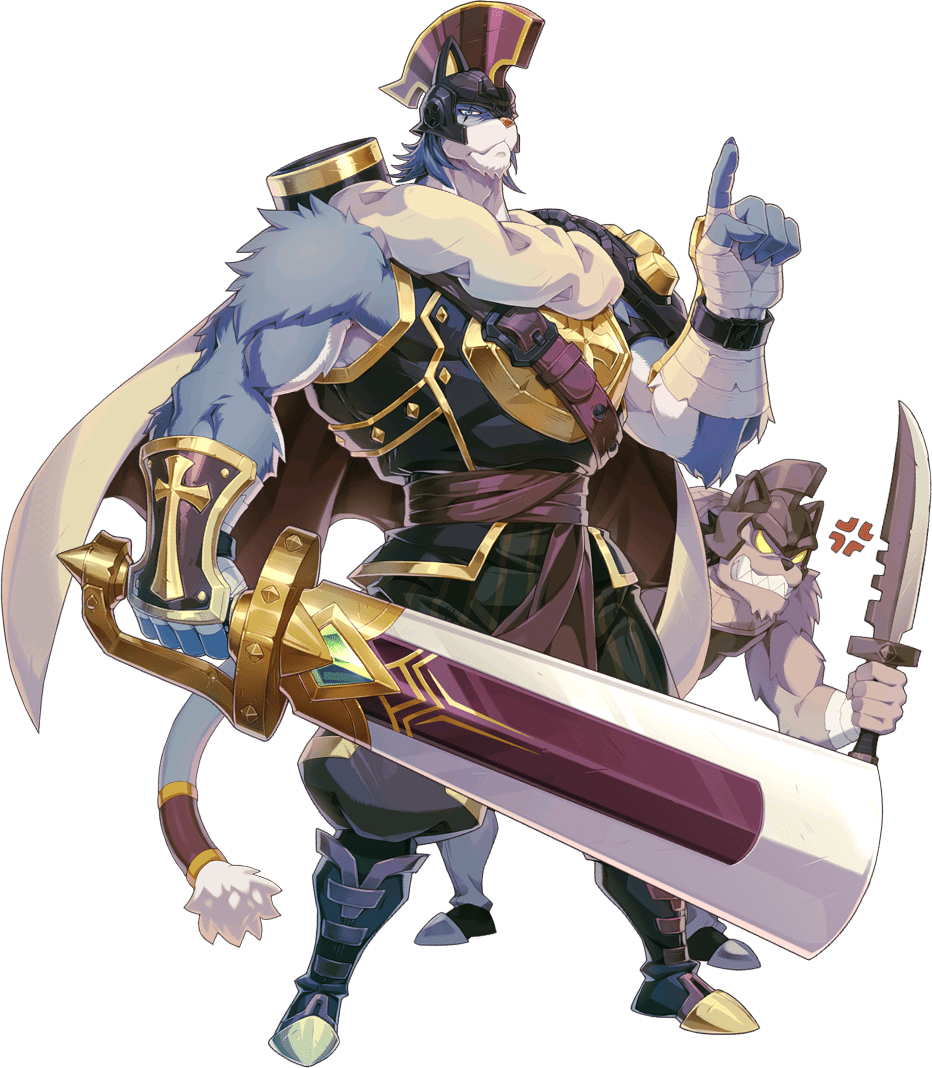 How to get: 4-star Moonlight Summon

Mows down enemies with a great sword, with a 50% chance to provoke for 1 turn.

Increases all allies Combat Readiness by 10% when the caster is attacked.

Gives the command to charge, dealing damage to all enemies, with a 75% chance of stunning two random enemies for 1 turn.

Increase Attack of all allies for 2 turns.

General Purrgis can be really difficult to get, due to the random nature of Moonlight Summons.

You will eventually obtain him, and there he’ll make your Wyvern runs a hundred times easier.

Before adding him to your team, make sure he’s 6-starred & fully awakened.

Wyvern usually requires tons of speed, at least 190, to get enough turns in to deal the required damage.

General Purrgis provides combat readiness to allies, allowing them to put their gear stats into damage rather than speed.

He also tanks Wyvern for days 🙂

His attack buff, as well as a defense buff by unique equipment, is the icing on the cake.