Epic Seven has a moonlight blessing system, allowing you to choose a powerful hero to start your adventures with.

6 different heroes are available, they’re all powerful within their own right but it’s absolutely crucial you pick one of the best.

The early & mid game of Epic Seven is fun, but the game is best when you reach the end game.

Choosing the right moonlight blessing will make your run to the end game a whole lot easier.

I chose the wrong ones, so players who started after me will probably have progressed more.

The first two are not recommended at all, and they’re the same ones I chose.

Don’t make the same mistake I did!

Consult this list to find the best moonlight blessing to propel yourself forward. 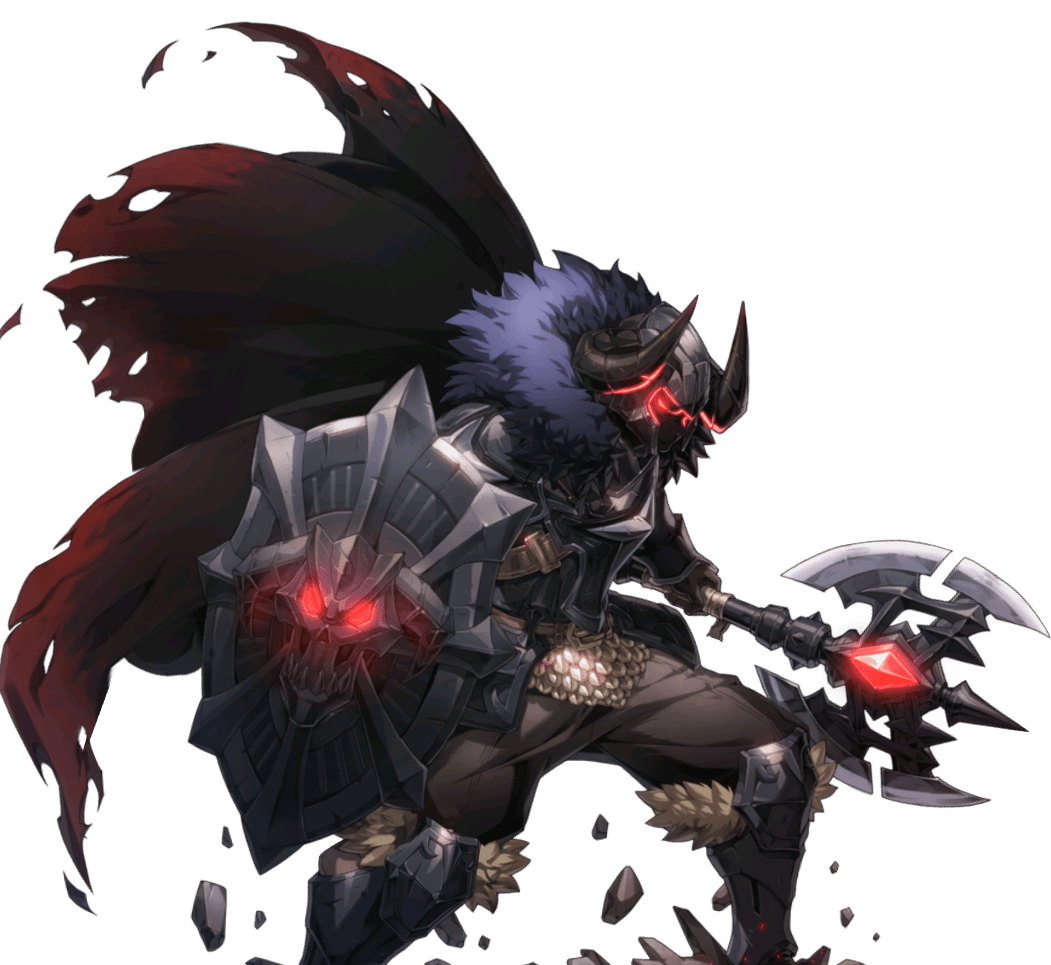 Attacks with a shield and absorbs some of the damage as Health, with a 50% chance to provoke for 1 turn.

When attacked, the caster has a 70% chance of their skill cooldown being decreased by 1 turn, or 2 turns in the case of a critical hit.

Attacks with a lethal hit, absorbing damage dealt as Health.

Damage dealt is only affected by the caster’s Health and does not trigger a critical hit.

Begins the battle with a full skill cooldown count.

Great for end game PvP, Dark Corvus is one of the best tank heroes in the game.

But you don’t really need a tank early on, any knight or soul weaver will provide enough front-line with the free HP set.

If you’re not too bothered about progressing early, feel free to go for Dark Corvus as you can build a hefty defense team around him. 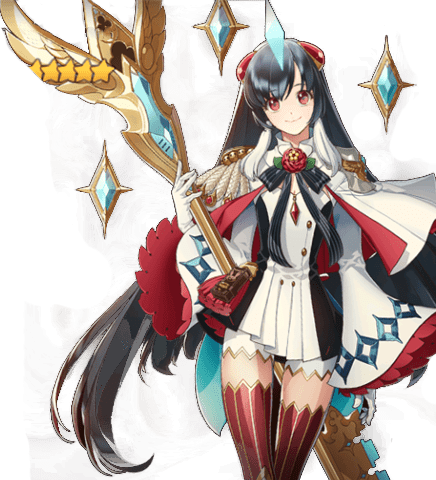 Burn Effect: Attacks the enemy and greatly heals all allies. Does not trigger a Dual Attack.

Attacks the enemy with a staff and heals the ally with the lowest Health.

Summons a light pillar, dispelling all debuffs, recovering Health and granting a barrier for 2 turns.

Revives one dead ally with healing magic, recovering all of their Health and granting them invincibility for 1 turn.

Living allies will receive the same effect after having all debuffs dispelled.

Ruele is up there with the best healers but like the previous entry, you don’t particularly need her early on.

Although, if you manage to get some insane luck on your summons and end up with crazy good DPS, it might be a good idea to go for her.

She’s particularly good in PvP, not so much in PvE.

A counter set can work perfectly on her, as her skill 1 heals the lowest health ally with each attack. 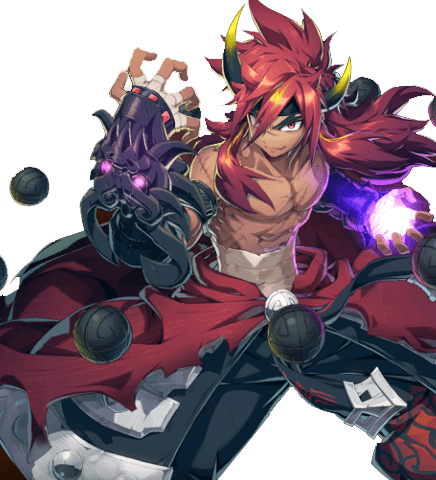 Batters the enemy with a 50% chance to decrease Attack for 1 turn.

When The Coming of Asura is available, increases Combat Readiness by 25%.

This attack receives effects that are applied to the basic skill.

Skill 3: The Coming of Asura

Attacks all enemies with a powerful ground pound with a 55% chance to decrease Defense for 2 turns and increase Attack of the caster for 2 turns.

A successful attack always results in a critical hit.

If you’ve ever faced Ken in Arena, you know just how frustrating he is to play against.

Try any AoE attack and he’ll punch your DPS in the face.

He’s a unique hero, if you enjoy an unusual fighter who builds differently than other DPS, he’s a decent choice.

That being said, he’s basically a PvP machine who doesn’t offer too much in PvE. 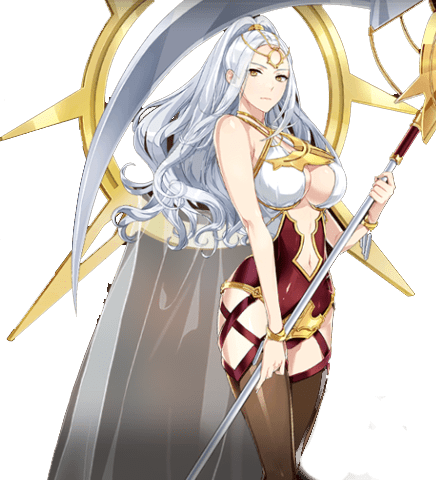 Attacks with a scythe, with a 35% chance to decrease Defense for 2 turns.

Attacks all enemies with a scythe, with a 75% chance to dispel a buff from each enemy.

Attacks all enemies by distorting space and time with a 55% chance to increase skill cooldown three times by 1 turn.

Other than that, she can act as a decent DPS for bosses throughout adventure, abyss & labyrinth.

There’s no reason to pick her over the next 2 entries though, unless you really enjoy her aesthetic. 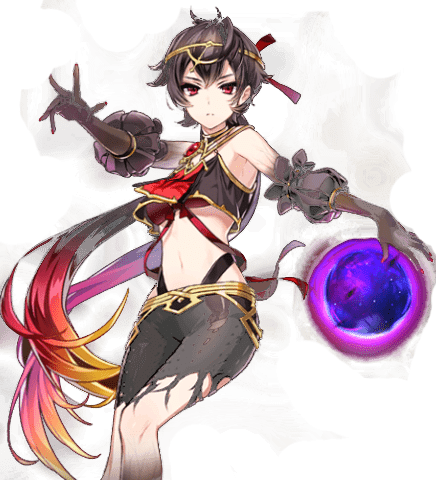 Attacks with an explosion of poison energy, with a 50% chance to inflict poison for 2 turns.

Attacks two enemies when Endless Nightmare is on cooldown.

When an ally capable of being attacked is still remaining, the caster will not be attacked.

Increases Attack and Defense of the caster by 7% every time somebody dies.

Effect can only stack up to 5 times.

Attacks with a nightmare crystal, stunning for 1 turn.

Decreases the Combat Readiness of all remaining enemies by 50% when an enemy dies.

Damage dealt increases proportional to the number of debuffs inflicted on the enemy.

Great for all aspects of PvE, as well as being a force in PvP too.

Specter Tenebria will serve you well as she cannot be targeted for single target attacks, while an ally is still alive.

The ability to decrease combat readiness when an enemy dies is great for farming, as you’ll be guaranteed fast turns as you cut through mobs.

If a few allies perish, her attack will reach truly insane levels and she crits incredibly hard. 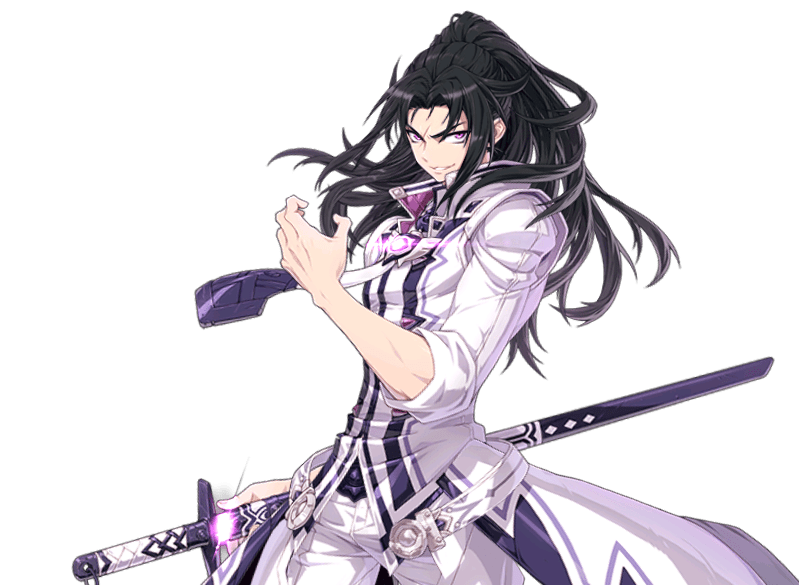 Rapidly attacks two enemies with a Swordstorm, decreasing their Combat Readiness by 10%.

When Focus is full, consumes it all, increasing damage dealt.

When the enemy is defeated with this skill, cooldown does not occur.

Arbiter Vildred is the best farmer in the game, period.

Build him quite fast with a ton of crit chance & crit damage and he’ll cut his way through hundreds of missions.

He’s even really good in PvP, as the debuffs supplement his squishiness.

Even if he gets nuked, he’ll revive and use his skill 3.

Him being a Dark attribute means there isn’t a single element that has an advantage over him, allowing him to crit his way through every mob, or boss, in the game.