Whether you’re a struggling solo or rich 10 man group who spawn kills nakeds, scrap is a constant problem. It feels like an uphill battle at times, spending the entire wipe researching items to make the next month a bit easier.

I’ve seen countless players complain about scrap, saying it’s way too hard to acquire. Yet they always seem to miss the key methods, as well as tips to make their scrap troubles a lot easier.

I’ll be showing you the 10 best ways to earn scrap, they should be your main method of obtaining the precious resource. Any other method is simply a waste of time, you could be earning way more scrap for much less effort!

Of course, some methods are impossible during the very early stages of joining a new server. I’ve included methods that should be used as a guideline, working your way down from 10 to 1. 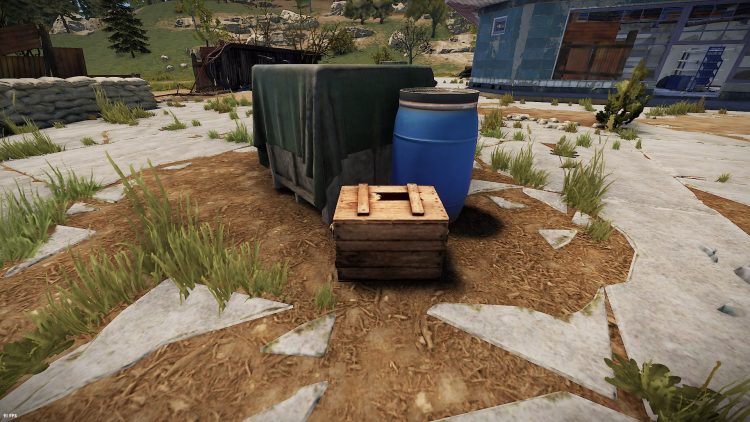 Containing a piddly 3 scrap inside each one, primitive crates are the go-to for players newly spawned into the Rust map.

Most geared players don’t even bother going out of their way to loot them. Contesting other players is an easy task if you have even a bow.

Try to move away from them as soon as possible though. These crates can be useful to research those 20-cost blueprints and getting a T1 Workbench but after that, you need a better source. 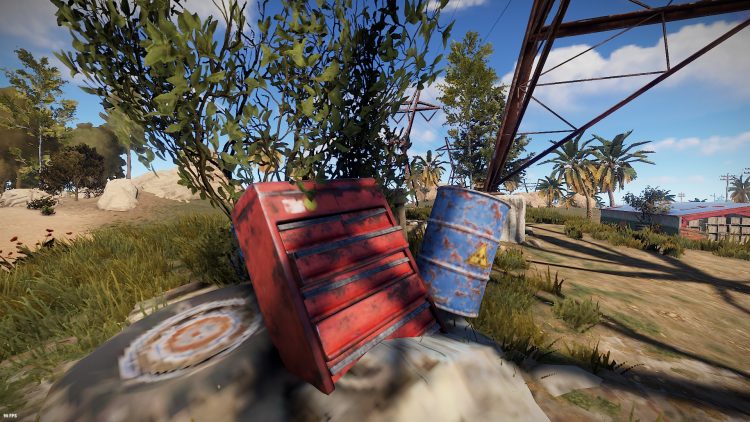 Each barrel contains 2 scrap, with barrels having a health pool of either 35 or 50. Depending on the tool/weapon you’re using, it can take anywhere between 1-5 hits to destroy one.

Farming barrels with stone tools isn’t a good idea early game. It just takes too long, instead use a bone knife or even a crossbow.

If you get lucky, using a Salvaged Cleaver/Salvaged Sword is a fast way of farming barrels. Otherwise, a Machete can be crafted with 100 Wood/40 Metal Fragments without the need for a workbench! 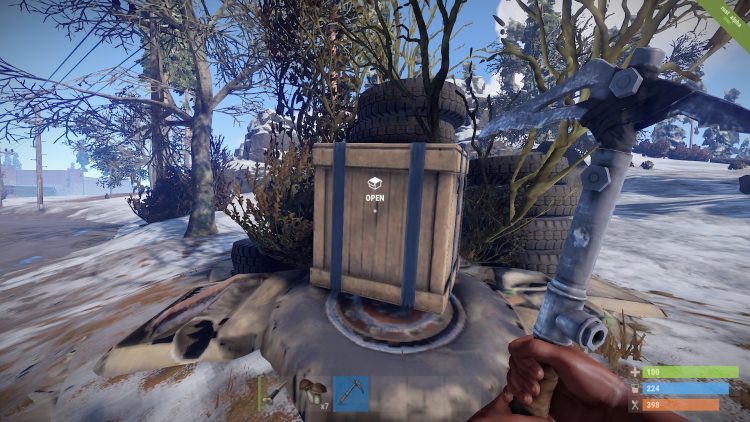 Commonly found across junk piles and monuments, regular crates contain 5 scrap each. Due to this, and how easy they are to loot, you’ll find plenty of players looting them quickly.

However, the sheer abundance of these crates makes them a worthy addition to this list. Simply heading out in search of these crates specifically will net you a hefty amount of scrap. 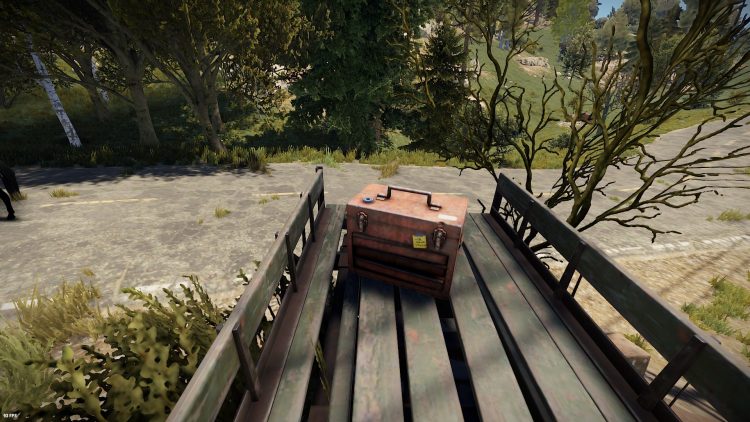 Contains the standard 5 scrap and is rarer than it’s normal crate counter-part. Reason it’s ranked higher is due to the items it contains.

Often you can find tools, weapons and armor to keep up your scrap hunting. 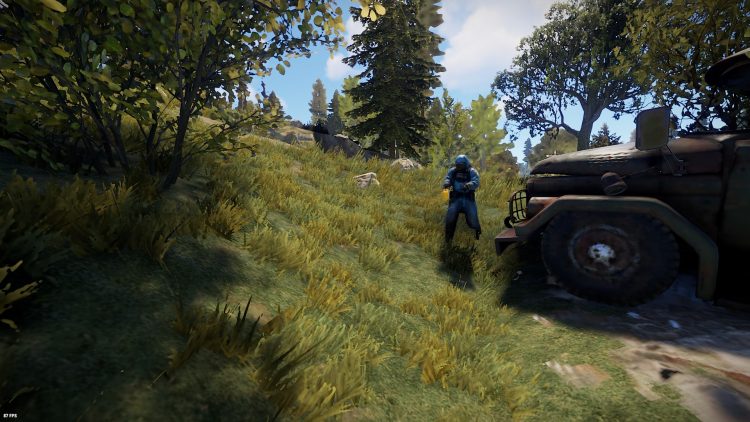 Rarely found near junk piles but containing between 8-22 scrap. As well as other items such as valuable hazmat suits and even grenades.

Just be careful. These scientists wield powerful pistols that can easily take you down if you under-estimate them.

A few crossbow bolts to the head are your best bet.

Approaching with your weapon drawn will make them aggressive. Maintain a safe distance and utilise cover. 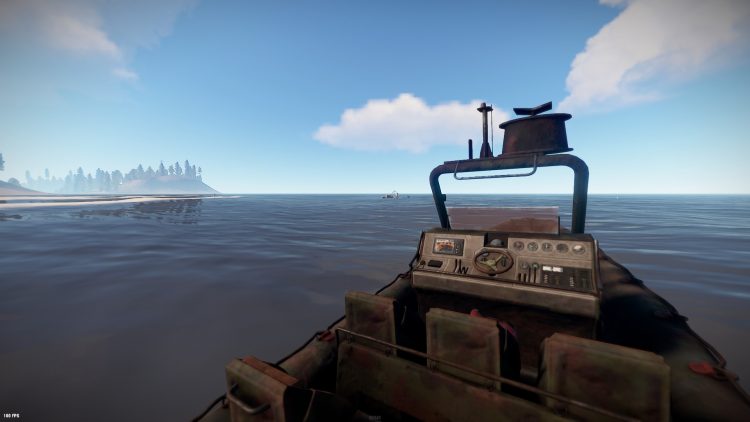 Sunken crates, sunken chests, barrels, crates and toolboxes can all be looted from sea voyages. Not just great for scrap, looting in general is lucrative.

Scuba diving gear is pretty much mandatory to maximise loot intake. That can be off-putting since each individual piece can be a pain to get but the rewards are amazing.

A great way of obtaining scuba gear is to set up a vending machine. Offer sought-after materials such as sulfur, gunpowder or weapons in return for the parts you need. 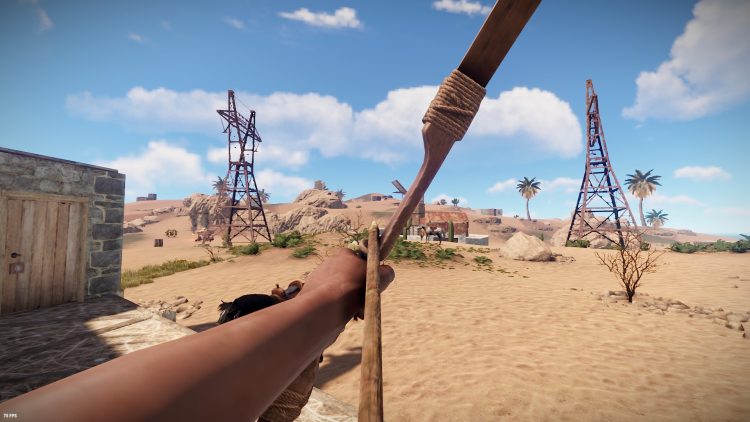 It can be tempting to be friendly towards other players sometimes. Rust is a savage game, being peaceful may seem like the nicer option.

I implore you though, kill everyone you possibly can. You never know what a random naked can be holding.

As brutal as it sounds, hanging around to catch low-geared enemies looting primitive crates is a great method of obtaining scrap. They don’t have much anyway so it won’t be a huge setback for them. 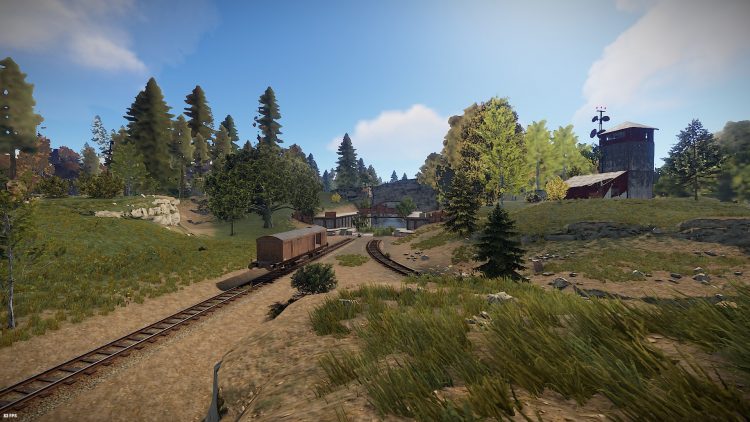 Monuments contain all of the aforementioned crates and barrels. Additionally, you’ll find military and elite crates too (depending on the monument), which contain higher amounts of scrap.

Military Tunnels yield the most scrap per run. Although you have to take down plenty of scientists, requiring tons of meds and ammo in the mean-time. 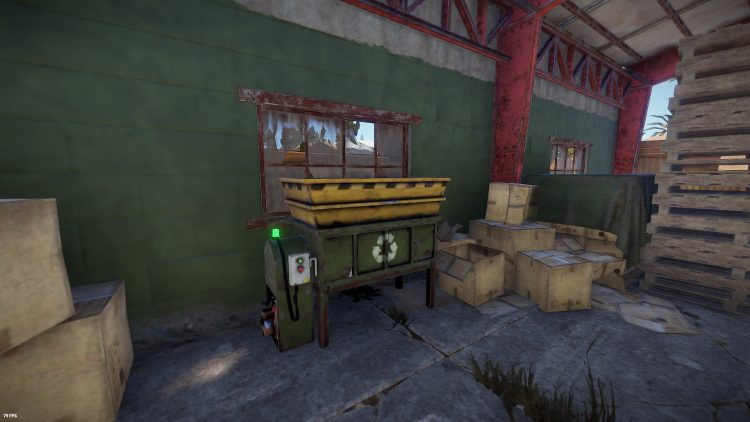 This list is intended as a “guide” to work your way through each entry until you’ve reached a high tier status. However, recycling should be done at all stages of your play-time.

Regardless of how geared you are or not, you should be hitting up the recycler constantly.

Many new players stick near the Mining Outposts but I’ve found them to be too open to enemy players. High points, windows and 2 entrances mean you can be attacked from any direction.

Harbors are the safest option for new players.

The best items to recycle are as follows:

Other items can give decent scrap too, such as Gears, but they tend to be far more valuable for crafting. 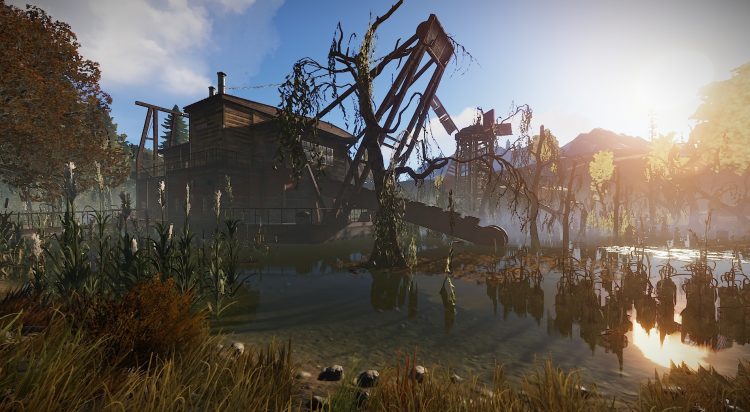 Specifically for farming, the Bandit Camp offers 10 scrap per 10 Corn or 50 Cloth. It also offers small amounts of scrap for fertilizer and trout.

If you’ve got a semi-decent base going, you should be getting at least 3 of those items on a regular basis. Stockpiling them and visiting the Bandit Camp at night can be a huge boon to your scrap stockpile.

Towards the later tiers of gameplay, you’ll be getting a lot of your scrap from monuments but this method is simply the most time and cost efficient!