Tomb Kings have some of the most epic and badass units in the entirety of TW:WH2. Huge constructs, skeletal armies, and powerful artillery. Plenty of variety gives you many options with how you approach a battle.

Campaign wise, the dis-inclusion of upkeep is a huge boon for the Tomb Kings. Raising armies has never been more fun. I’ll be going through the best units available to the Tomb Kings, mostly based around the campaign but also viable for player vs player action!

Note: Lords & heroes have been left out. 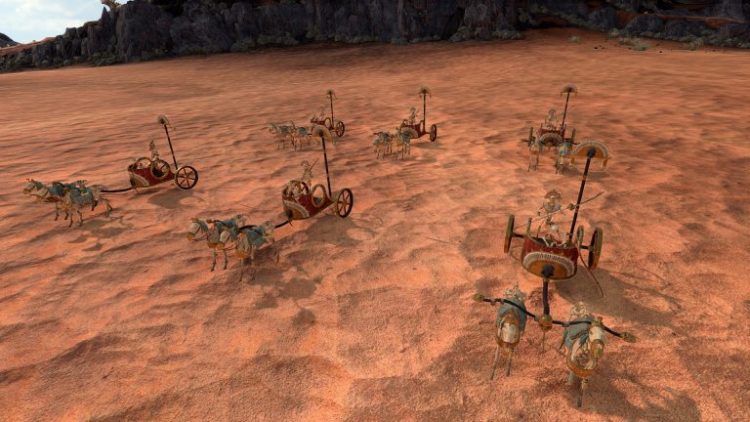 A very simple chariot unit, one that’s fairly cheap and only has decent stats. Including a unit of skeleton chariots is a must for most army builds, they’re effective for cycle charging and causing enemies to rout the battlefield.

Also use them to chase down fleeing targets. A low HP pool means they can be vulnerable to ranged fire, or getting caught up by heavy cavalry. Make sure you’re micro’ing them well! 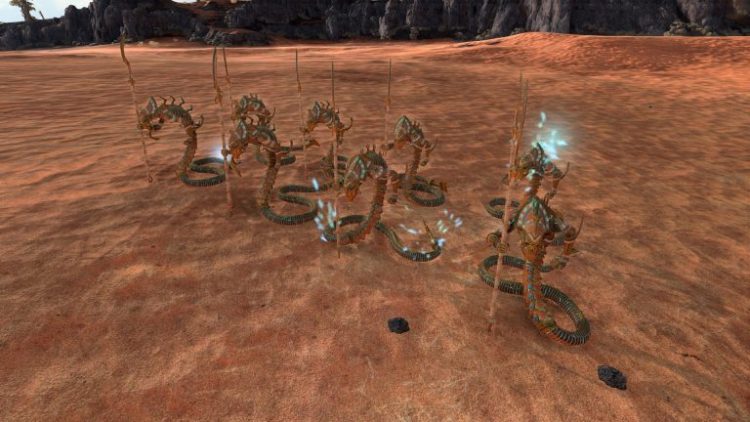 These constructs are amazing both in the back line and front line. Vanguard deployment & stalk, combined with a high base speed stat, makes them highly versatile at positioning correctly.

A strong ranged attack with armor piercing damage, bonuses vs large in melee and being heavily armored themselves is pretty awesome.

Use them as cavalry counters, mostly. Also great against large foes like Hell Pit Abominations! 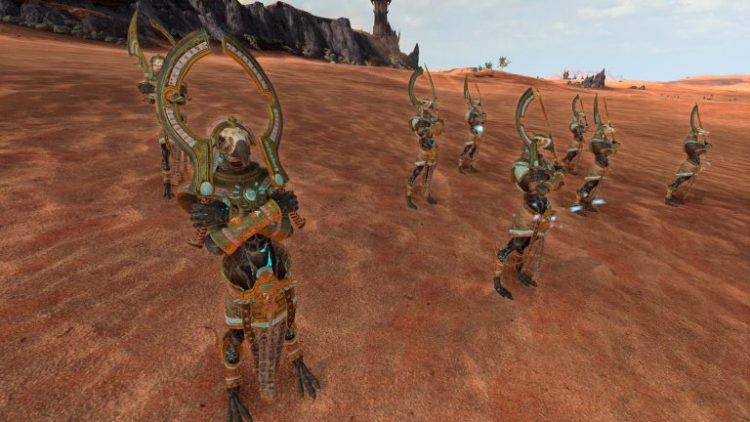 Tomb Kings have so many answers to infantry, Ushabti are one of their best. Counted as infantry themselves, they are big units with high armor-piercing, anti-infantry damage. You get to summon a unit once per battle as the Tomb Kings, use them to land on enemy ranged units or artillery.

In the front-line, using Tomb Guard or Skeleton Warriors as meat shields can allow Ushabti to decimate multiple units of infantry, even elite ones. 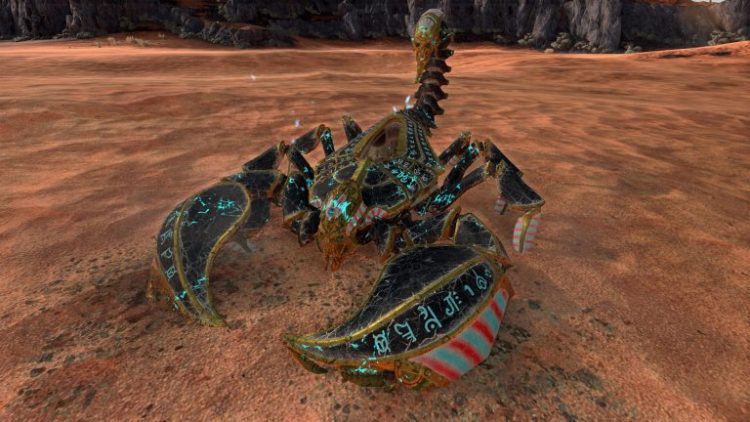 Tomb Scorpions are one of the coolest units in the game, with amazing killing animations, dragging enemies into the sands. Causing terror with a huge amount of armor-piercing damage, send a Tomb Scorpion into battle alongside infantry to decimate front-lines.

As it dives into the earth and jumps around enemies, it avoids attacks and enemy units have trouble keeping track of it. Always bring one or two Tomb Scorpions against heavy infantry based armies, such as Dwarves or Chaos. 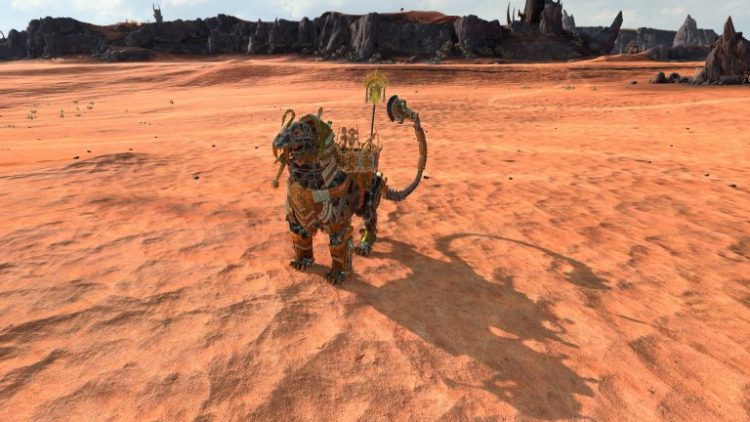 Costing quite a lot more than the Tomb Scorpion, this unit is essentially a beefier, more mobile alternative. Also coming with ranged attacks from archers mounted on the back.

Some heroes can have a Khemrian Warsphinx as a mount. High defensive stats keep it around for a while, utilise it by constantly breaking up formations and fighting high-priority targets! 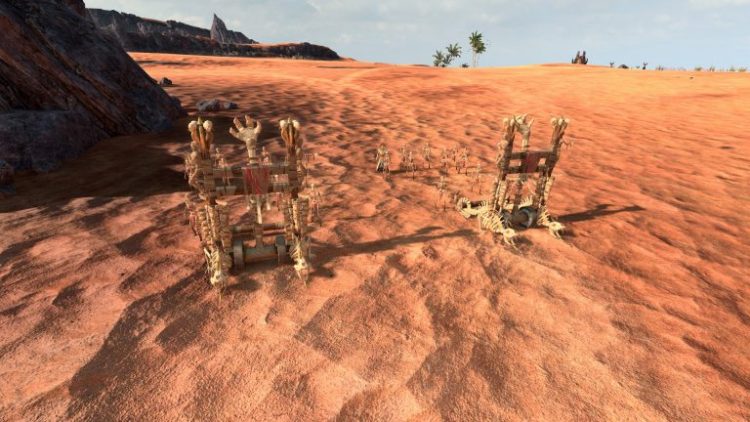 Large explosion radiuses are great for taking down infantry, although it’s not the best against anything other than high model count units. 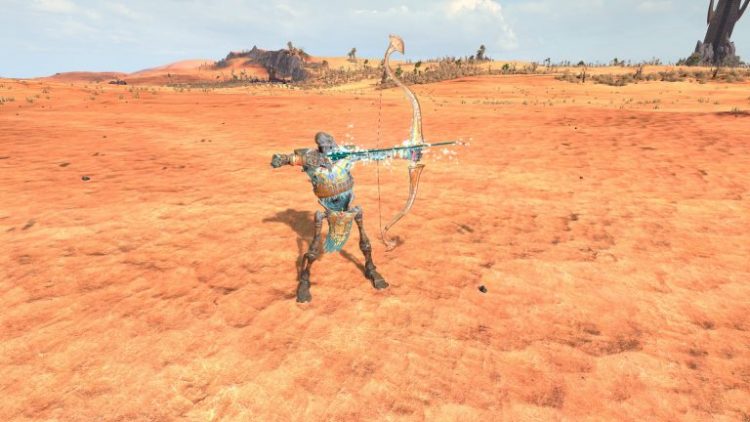 Possibly the most unique artillery unit in the game, Bone Giants have powerful long range magical attacks. Effective against literally every type of unit, as well as being a boss in melee combat.

A good strategy is to use spells to buff the Bone Giant’s reload skill and ranged firepower. Seeing him take a huge lord/monster down to half HP in 2 shots is so satisfying! 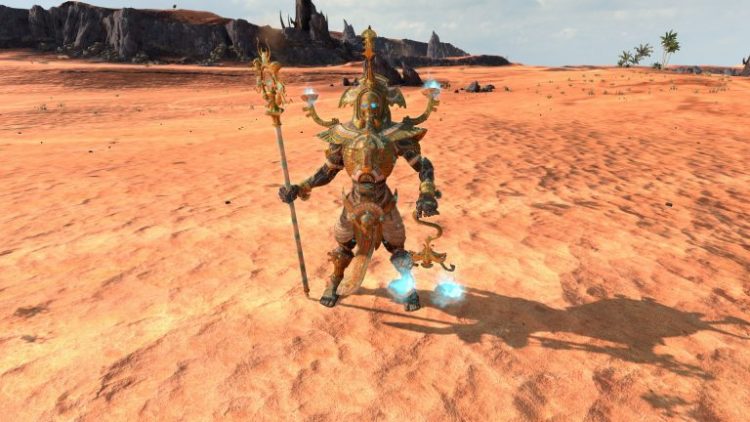 Being the joint 1st most expensive unit in the Tomb Kings roster is justified, Hierotitans are hulking constructs that are pretty much invulnerable to damage. Coming with high melee defense, high armor and an insane health pool.

A huge problem is mobility. Hierotitans are extremely slow, albeit very powerful when they do get in combat. Bound spells offer extra versatility. You don’t see them much in player vs player for their tendency to get cheesed but in campaign, it’s an amazing unit. 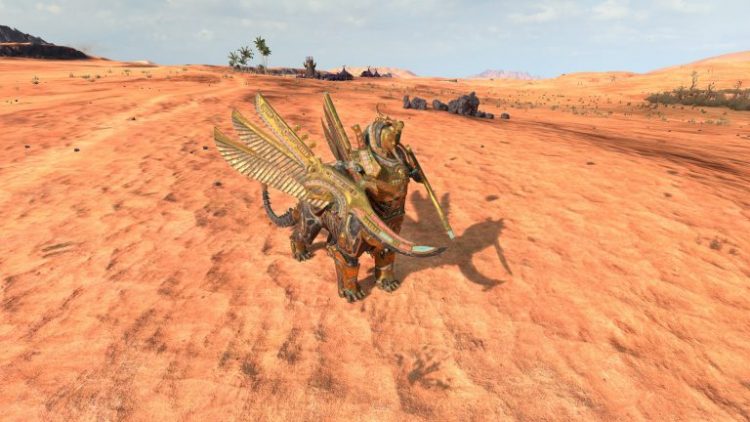 My personal favorite unit, Necrosphinxes are reliable constructs, capable of dealing with anything you can throw at it. Having a huge bonus vs large makes it ideal for taking down enemy large units. Giants for example, get wrecked by a Necrosphinx.

Of course, being a huge model makes it susceptible to ranged armor-piercing fire. This is where you need chariots, warsphinxes etc to harass that back-line. Let your Necrosphinx and other constructs do the rest of the work! 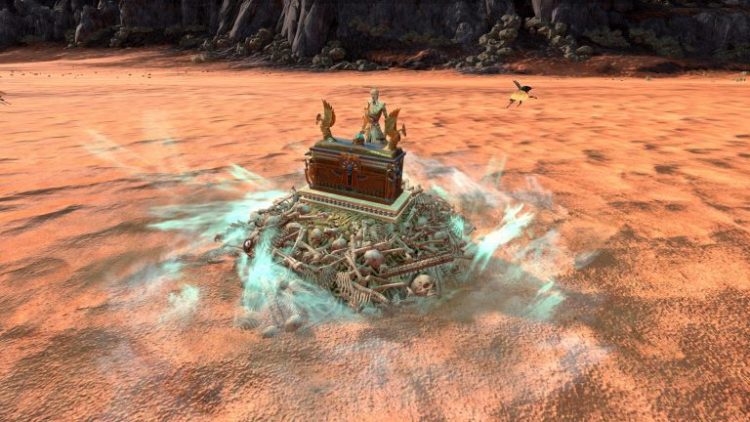 Widely considered to be an overpowered unit, firing multiple shots per volley over huge distances. Against blobs of infantry (even highly armored ones), a Casket of Souls will cause devastation.

It also provides bonuses to winds of magic recharge rate, just for being in the army. There really isn’t a reason not to bring a Casket of Souls into any army!