Monster hunter, a game about battling it out with gigantic monsters, either alone or with a group of four. There is a multitude of weapons to choose from in the latest title Monster Hunter World, and each type excels as what it does best, killing monsters and harvesting their parts.

One of the versatile weapons types available is the Sword and Shield. With short attacks animations, and searching for that opening to rush in get some swipes in then getting out or not being able to do so block with your trusty shield.

The SnS isn’t the powerful weapon not anywhere near. Yet, it’s incredibly quick, so it can apply elemental and status effects second to none, which is perfect for monsters weak to the elements. Though not as good as the Dual Blades, it’s close enough.

The Sword and Shield is a jack of all trades but master on none type weapon, but it’s seriously overlooked. However, there is nothing that an SnS user can do that no other weapon type can do. And that is using items without sheathing your weapon, which is a massive advantage in battle.

It’s a fantastic weapon and is perfect for beginners to take on the New World. 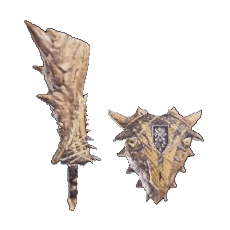 The Raw damage is average, but that water element is massive. Sword and shield are one of the fastest weapons in the game, equipped with an enemies weakness it will slay foes very quickly. 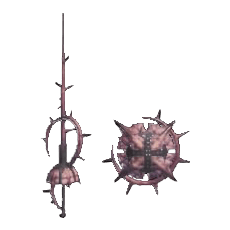 The Royal Rose is a master rank Sword and Shield, which means that it’s an endgame weapon. It has an attack of 308, a sharpness of blue, and 10% affinity. It has an element of Poison 270, and a single level one decoration slot.

Though it may not be amongst the best of SnS, it’s still comfortably in the top ten, that poison damage can destroy monsters quickly. 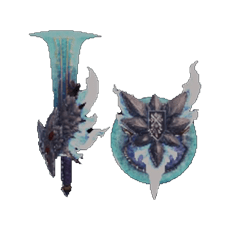 This weapon is another late-game weapon to obtain; however, it’s worth the grind. The Empress Edge has an attack of 266, a sharpness of white, and 10% affinity. It has an element of Blast 320, one level three and a level one decoration slots.

However, this weapon comes with a skill known as Razor Sharp; this skill halves sharpness loss, which on a fast attacking weapon like Sword and Shield is a fantastic skill to have. 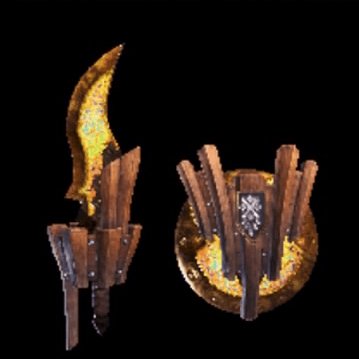 The Tarorth Slicer is an event weapon, which you have to kill a golden Elder Dragon, known as Kulve Taroth. The Slicer has an attack of 308, a sharpness of blue, but -10% affinity. It has an element of Paralysis 180 and a level one decoration slot but also a +25 Defense boost.

However, if a Non-elemental decoration is applied, this weapon because the strongest Raw damage Sword and Shield. 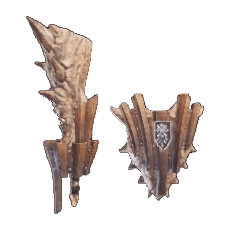 The Barroth Club is an earlyish game weapon and is one of the top SnS in the game. With an attack of 294, a sharpness of blue, but with a -10 affinity. It’s got two level one decoration slots, and a hidden element of Paralysis 180.

For this weapon, instead of freeing the element; add a non-elemental gem to it, to turn it into a beast. 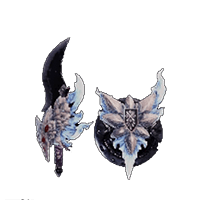 The Xeno Mabura is near an endgame weapon, with an attack of 238, a sharpness of white, and a 15% affinity. It has an element of Dragon 270, so perfect for killing those pesky Dragon monsters and it has low Elderseal.

It also has two level three slots. This weapon is an excellent all-rounder weapon for use in the endgame. 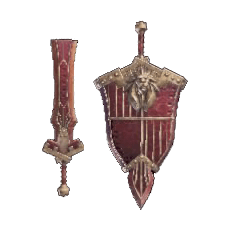 Teasotra is one of the hardest monsters in this game. However, the weapon is worth it with an attack of 266, a sharpness of blue, and 0% affinity. It has an element of Blast 240, and for a weapon that hits so often, things are just going to go boom all over.

It has no decoration slots, which is pretty bad; however, that blast damage is so worth it. 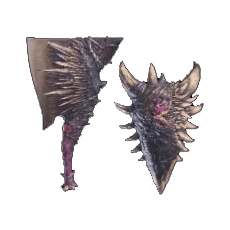 Another weapon from the Xeno’jiiva tree, however, this one is a better weapon overall than its brother. This weapon has an attack of 294, and a large portion of blue sharpness, and 0% affinity. It has an element of Dragon 150, which is worse than the Xeno Mabura, but what sets it apart is the high Elderseal.

The Elderseal makes this weapon the perfect use for endgame Elder Dragon farming. 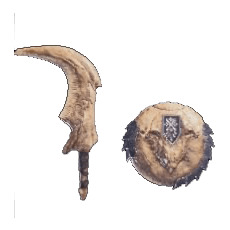 Now this weapon, it’s an odd place to put a Bone weapon, as bone is the first weapon tier that you get from starting the game. The Grand Barong II has an attack of 266, and sharpness of blue, and 0% affinity. It has one level three gem slot, and a Defense bonus of +10. It also had a hidden element of Paralysis 300, which is insane.

If you want to use this weapon, equip a Free Element jewel on it, and no monster will be safe from your paralysis. 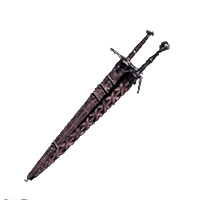 Now, this weapon is incredible for several reasons. The first it’s from the Witcher series, which automatically makes it badass. The second there is no shield; instead, the player will use the Witcher sign Quen to shield from attacks, which is pretty awesome!

The Silver Sword has an attack of 266, a sharpness of white, and a 0% affinity. It has an element of Dragon 330, which is insane. It also has High Elderseal – which makes it perfect for endgame farming. As an added boon, this weapon allows one level one slot decoration to be inserted.