Sieging is one of the most important parts of Age of Empires. Sure, you can conquer the sea with a good navy, maintain control of land with strong infantry or keep your base in check with a good defense but being able to take down structures is imperative.

If you want to learn how to manage siege weapons better, learn how best to tackle cities or just enjoy the game-play, this list of the 10 best siege civilisations is for you!

Focusing primarily on defensive fortifications, Koreans also have some pretty nice Mangonel bonuses, which are amazing for taking down enemy units and buildings alike.

Bonuses to minimum and maximum ranges for all Mangonel units allows for greater effectiveness in combat. Particularly good if you can micro effectively, your Mangonels can become productive siege units.

The Kataparuto unique technology allows for Trebuchets to set-up, pack up and even fire faster.

As we’re all away, Trebuchets are the premiere late-game siege unit. Being able to rotate their positioning a lot faster than the enemy can react to is frankly amazing.

Specifically for early sieging, Cumans have access to the Siege Workshop & Battering Ram as early as the Feudal Age.

Around that time, enemies will have absolutely no answer to a well-built siege force. Just a few rams backed up by foot infantry can be devastating and raze a town before it gets going.

Ranking number 7 for the unique siege unit, the Organ Gun. While it does minimal damage to buildings, Organ Guns are incredible against infantry. Watching hordes of enemies be murdered en masse while the rest of your siege crew clean up a town is really fun!

Arguably the most mobile civilizsation in the entire game, with the mobility extended to siege units too. With the Drill unique technology, all units created by the Siege Workshop move 50% faster.

With good micro, sieges can become really easy as your siege units are able to use their speed to avoid being picked off in bad fights.

Additionally, the light cavalry and cavalry archers provided by the Mongols are effective against infantry and enemy ranged units.

For a pure gunpowder feel, the Spanish are perfect at equipping their troops with powerful weaponry. Hand Cannons, Bombard Cannons, Conquistadors and Cannon Galleons are all hard-hitting units, perfect for sieging.

One of, if not the best ranged civilisation in the entire game. Britons have exceptional archery units, with huge range and good damage. Supplementing them are Trebuchets, which do blast damage and hit every shot with the Warwolf unique technology.

A staunch line of pikes or spears are needed to protect them from enemy cavalry, though.

With a Double Crossbow technology giving Scorpions an extra bolt, wiping out swathes of infantry and buildings will be no problem. 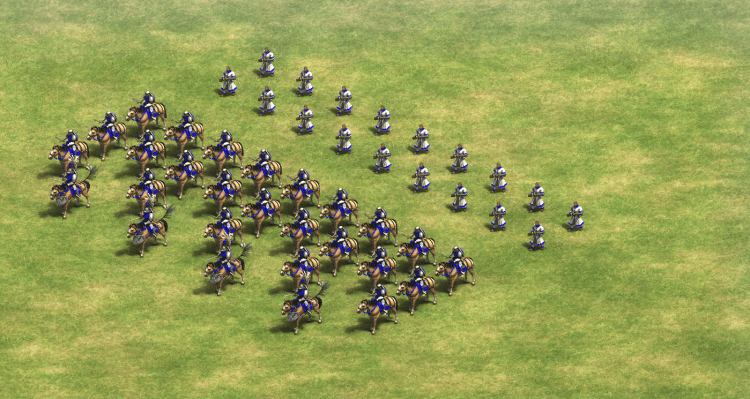 The Turks’ Artillery technology is a huge boost to your gunpowder units, granting extra range. Gunpowder units are also created 25% faster with this civilization.

Producing siege units so fast with huge range will allow you to roll over opponents at lightning pace. Extra HP for Gunpowder units makes defending them a lot easier as well!

No other civilisation offers as many siege bonuses as the Celts, who have a staggering amount of boosts. An innate 20% Siege Workshop production speed, 25% bonus fire-rate for siege weapons and a unique technology that increases siege units HP by a massive 40%.

Lumberjacks also work 15% faster and we all know how much siege units devour wood. Overall, if you’re looking for the perfect siege based civilisation, the Celts are for you!