Dragon Age Inquisition is the kind of game where armour, shields and weapons are plentiful, found in almost every single chest and, of course, enemy’s carcasses!

When building up a set of armour that will guarantee you victory in the battlefield, one of the most important aspects to pay attention to is the shield.

Sure, the armour is what makes your whole outfit look vibrant (or scary if you’re into that) when questing around the vast open areas that Dragon Age Inquisition provides, however, if you do not have a shield that is beefy enough to protect you from sudden death, you will surely have a hard time.

With a vast catalog of shields to choose from, it can certainly become quite the task to figure out which ones are the best for you and your companions and, which ones only good in battle but can’t protect you from a more powerful spell in the long run!

Luckily for you, we know exactly which shields are the best and stand out from the rest so, here are our top 10 best shields in Dragon Age Inquisition! 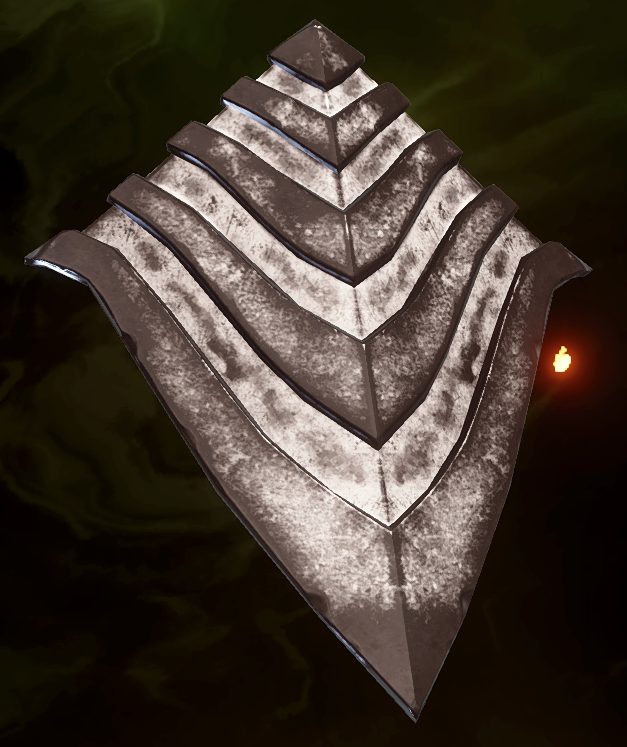 Probably the only common shield we will mention in this list, the Orlesian Balanced Shield is just what the name indicates. Much like the people found in Orlais, the Orlesian shield is elegant in its shape, however, underneath the looks, it is strong but, definitely not outstanding.

The Orlesian Balanced Shield can often be found as random loot or at the Suledin Keep Merchant in Emprise Du Lion for 2461g. 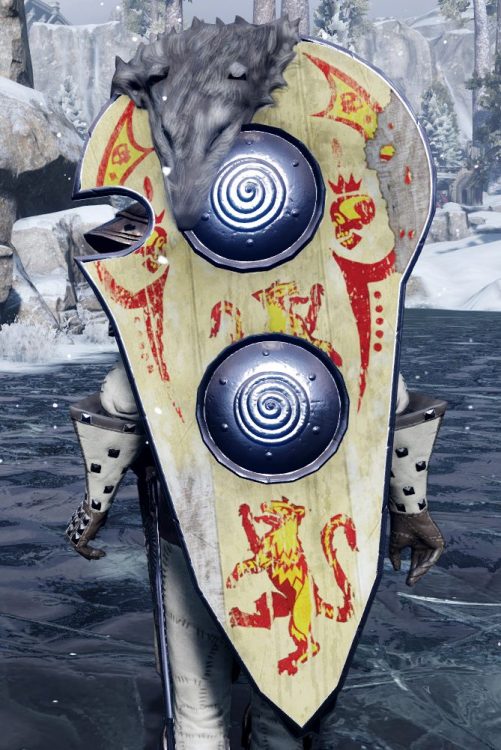 We all know that Dwarves are the race to go to when looking for that good quality shield, or any other form of equipment for that matter.

They are masters in crafting battle gear and, their shields do not disappoint. The Dwarven Proving Shield is, well, proof of their quality!

Because of its outstanding quality, it is considered to be a rare shield, being only found as random loot in tier 3 chests or, sometimes found at the Suledin Keep Merchant in Emprise Du Lion for 4798g, provided you have The Short List Inquisition perk.

This shield is considered to be a unique shield that is only available from Bonny Sims in Skyhold for a hefty sum of 7629g. Sure, it might be quite expensive but, once used in battle, you will surely understand why it’s priced that high.

It has a unique story as well which is worth the acquisition on its own!

7. March Of The Everlasting 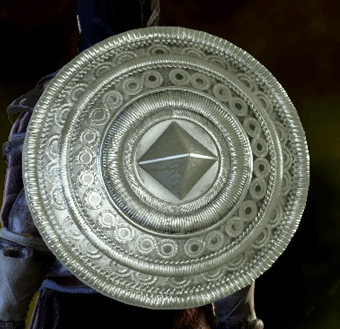 If you loot Imshael inside the Suledin Keep, this will be the unique shield you will find. The March Of The Everlasting is a shield that is not only powerful in armour level but, also, it boasts a surprising amount of bonus stats that will delight any warrior in Orlae and Ferelden!

This shield can also be acquired by doing the Emprise Du Lion’s Call Me Imshael side quest. 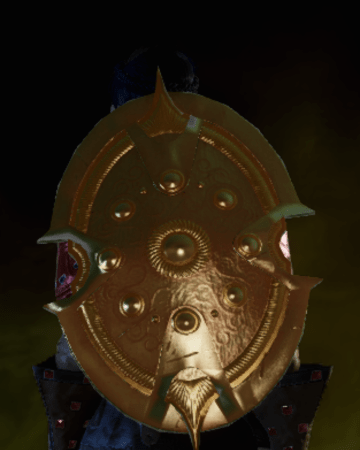 Named after Nigel Schafer, this shield may look week compared to others on this list, however, it is not the armour level that makes it stand out but, instead the stat bonuses it provides!

It can be found in a chest in an unmarked dwarven mine east of the Hessarian Camp on the Storm Coast. 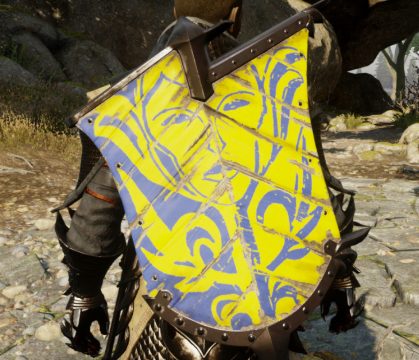 If you ever find yourself (and you most likely will) inside the Valeska’s Watch in Emprise Du Lion, you can loot this shield from one of the corpses in the area.

Equipping Wintersbreath will grant Berserk, increasing damage dealt by 10% while doubling damage from all sources.

4. Shield Of The Emperor 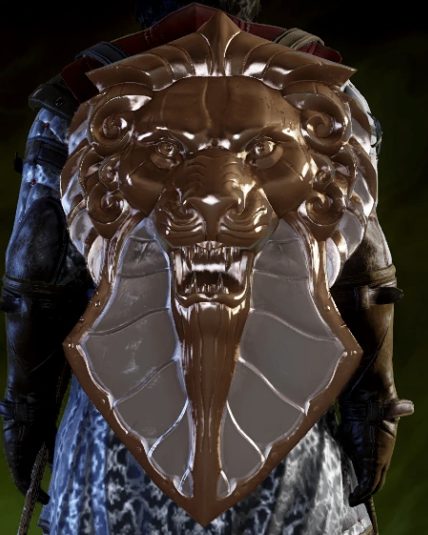 Self-healing is amazing on any tank, 15% doesn’t seem like much but that’s actually a massive boost to your survival capabilities.

Requiring The Short List Inquisition perk, it can be randomly available at the Expensive Merchant in Val Royeaux for 19830g or at the Invisible Merchant in Skyhold for the same price! 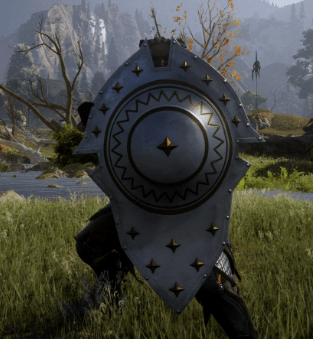 If you are fond of Kirkwall, you will be please to know that coming to their aid will grant you this shield. By completing the Aiding Kirkwall or Annexing Kirkwall war table operation with Cullen, you will be rewarded with this unique shield and, that is quite the reward!

Requiring a warrior with the minimum level of 15, it has an armour level of 26 with stat bonuses of +30% Front Defense, +6% Melee Defense and Guardian Spirit (blocks one melee attack every 30 seconds). 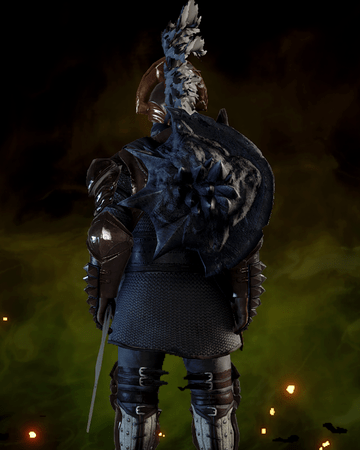 Unlike the name, this shield will not cheat you in battle and leave you hanging, instead, it will guarantee safety no matter where you go!

The Stinking Cheater can be found in the inverted ward section of the Shattered Library (Saarebas) along with the Darvaarad Keystone. 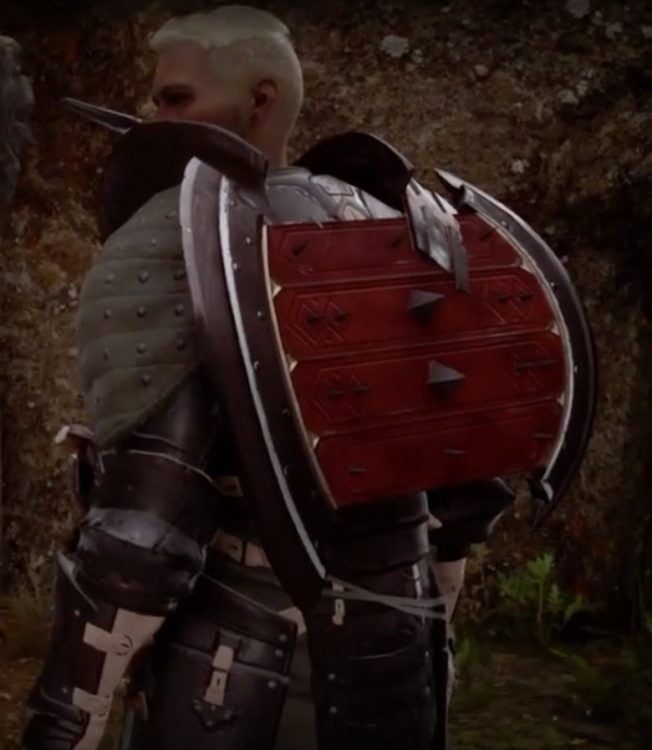 At the glorious number one, we have The Best Defense which, as the name indicates, is the best defence in battle!

This shield comes with the Trespasser DLC as a possible random trials reward or available at the Shattered Library Merchant for 85430g.

Yes, the price might scare some people. However, after taking a quick glance at the stats, it is very understandable why it is the best shield in the game!

All in all, different builds require different kinds of shields, however, these are definitely the top 10 best shields in Dragon Age Inquisition.