Regardless of whether you’re a farmer or roamer, wearing armor in Rust is an absolutely necessity when you’re leaving your base. Without it, you’re left exposed to pretty much any kind of attack, even nakeds with rocks can deal some damage.

Of course, without armor, others might think you’re a simple noob and probably won’t waste their ammo attacking you. I can assure you, that’s very rare anyway.

Solo players have it extremely difficult. Getting the materials required, scrap required to research, and workbench to craft higher tier armors can be a pain.

Thankfully there are some decent, budget alternatives out there. I’ll be going through the best armors in Rust – no matter whether you’re a solo or group player, this list will help you!

After spawning and running around, collecting resources from the floor, you should aim to get a few pieces of burlap going.

You’ll immediately be able to visit rad towns, as well as have a decent amount of stab/cold protection.

Hide equipment has slightly higher bite protection than burlap, but a lower cold resistance. However, the hide poncho can be worn over burlap itself, which is a huge boost to your survival capabilities.

The leather costs can be quite expensive though, only really use it for hunting animals or for the poncho! 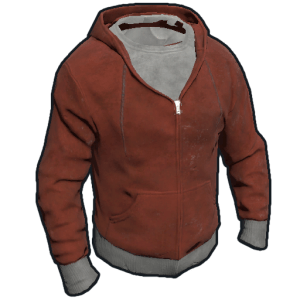 Providing a nice amount of protection all around, the Hoodie can be commonly found in Toolboxes.

You should research it ASAP, such a small cost is awesome for the protection provided. 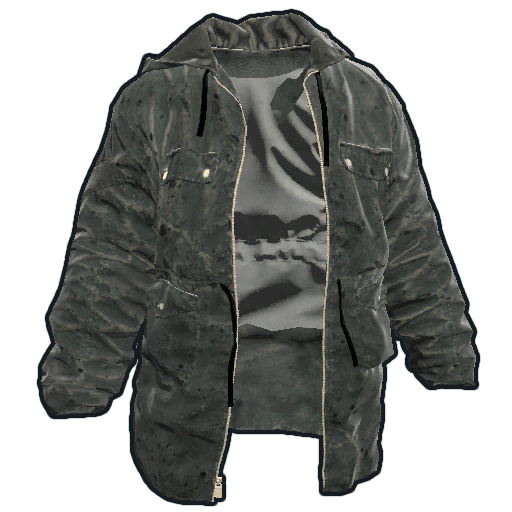 Rarely found, you’re better off looting it off another player as it has a 1% chance of spawning in sunken crates. Tons of cold and bite protection, as well as decent protection in other areas.

The jacket can be worn over shirts, making it a great choice for outer-wear. 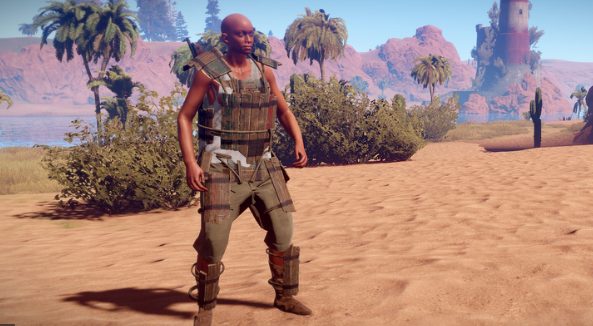 Early game, no other armor will serve you as well as wood. Lacking any kind of cold protection but decent rad resistances, you’ll want to put this on whenever you go roaming to rad towns.

Bows/crossbows are significantly reduced in damage against wood armor, but low bullet resistances mean you should drop it as your loot gets stronger. 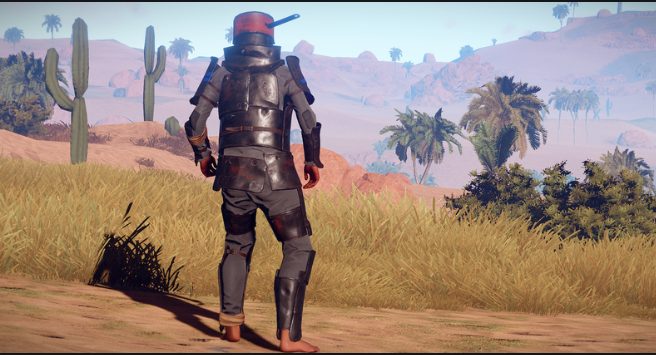 No other armor provides the sheer amount of protection from explosives, bows/melee, guns or animals that heavy plate does.

At some severe drawbacks though…

Cold protection is literally reduced while wearing it. Depending on which pieces you have, you can lose the ability to ADS with weapons, lose movement speed, and some visibility when wearing the helmet.

Mostly used for base defense, you can take a huge amount of damage while wearing heavy plate. 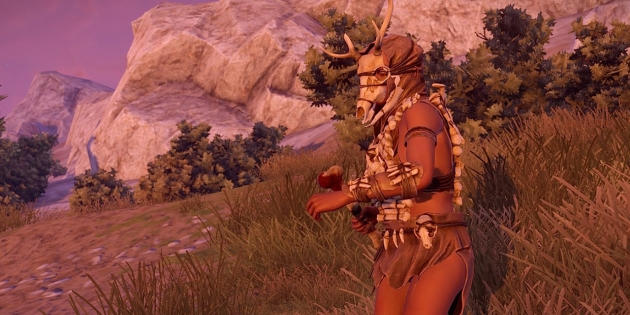 Bone fragments have little in the way of usage, except for bone knives. This makes bone armor extremely common to both craft and come across.

There are only 2 pieces and you can’t wear other clothing while having it equipped. It also provides no cold protection.

For fighting other players, bone armor can offer a very cheap, early game alternative to power your way through your first adventures.

Considered by many players to be a bit too strong for how easy it is to get. Hazmat suits give you exceptional radiation protection, as well as very nice stab/projectile protection.

With a 4% chance to be found in normal loot crates, you can get a small box full of hazmats in mere hours of game time. 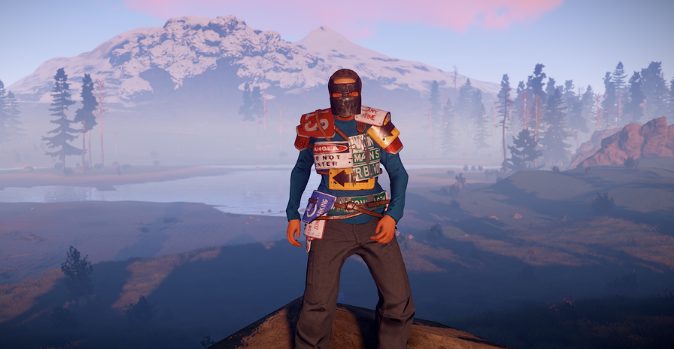 Military crates are your best bet to find roadsign armor, even if they have a 1% chance of appearing. Either that or go roaming, players tend to be covered with roadsign armor a few days into the wipe.

Requiring a workbench tier 2 means this will likely be your end-game armor if you’re a casual and/or solo player.

Found only by looting locked crates, supply drops, elite crates, or helicopter crates, you’re unlikely to get a set of metal armor if you’re a solo player.

The easiest way is to trade with clans, for sulfur ore or low-grade fuel.

Even then, use this armor sparingly. While it grants pretty insane protection, the research/craft costs mean you need to be careful when roaming. Don’t pick any silly fights!