Pets are a great addition to your pirate set-up, offering a cute little critter to accompany you on your journeys.

They offer no real in-game value, chilling in spots around your ship or joining you on island adventures.

Costing real money to purchase, many free players don’t have access to a pet. I expect this to change at some point in the future.

With 12 different types of pets to choose from, as well as a range of skins for them, choosing the right pet for you can be tough.

I’ll be going through the 10 best pets in Sea of Thieves. Rankings will mostly depend on the skins available, how other players react, and the range of interactions available!

Monkeys of all forms have been a staple of the pirating community for many years. Even more so, with the inclusion of Jack in Pirates of the Carribean.

Barbarys are a great choice, with fur colors of all kinds available to suit your wants! 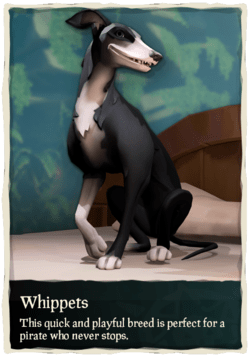 Dogs are a man’s best friend, Whippets are descendants of the popular Greyhound breed.

In-game, they’ll follow you on your journeys or provide a relaxing moment while you give them a cuddle. 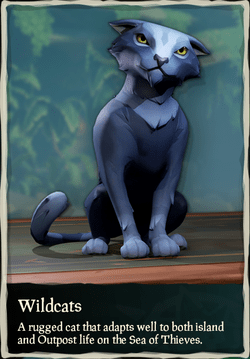 Rats, mice, and other types of rodents are commonplace on sea vessels. Cats were used by pirates to fend off such creatures, saving them valuable resources.

In real life, cats are the most popular mammal to own as a pet. Minimum maintenance, tons of cuteness.

Such charm crosses over into Sea of Thieves too, with every variant of cat being adorable! 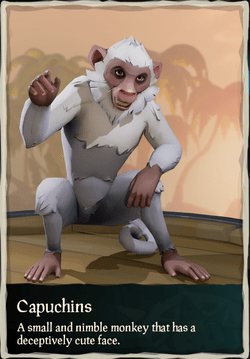 Another great monkey pet, capuchins are among the cutest monkeys in the world!

The Gold Curse skin is one of the best in the entire game, giving a full golden idol appearance. 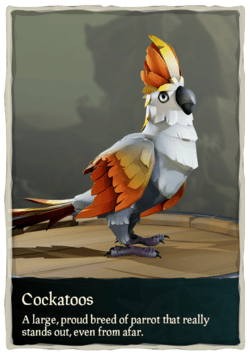 Similar to other parrots, but boasting a crown above their heads.

The skeleton skin keeps the crown, giving it an incredibly unique appearance. 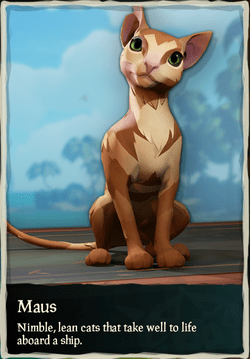 The cutest kitty you can get in Sea of Thieves, Maus are simply adorable.

The Ivory skin is another great option if you can’t afford the skeleton skin.

However, if you have such a cute pet, the rest of your aesthetic set-up would need to match.

Nothing more confusing than seeing an intimidating pirate ship harboring a cute creature! 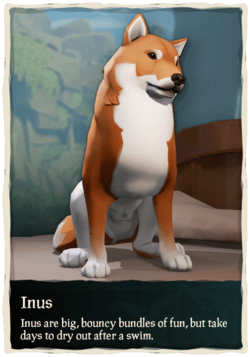 Based on a real-life Japanese breed, Inus are another cute pet type, forever immortalized as Doge.

For that reason alone, Inus are great choices for players who want a more fun, entertaining set-up. 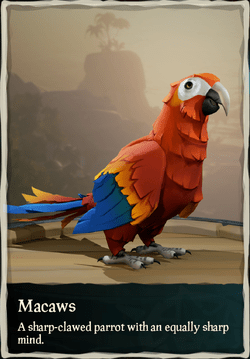 Whenever people envisage a pirate, they’ll imagine a Macaw on its back.

Being the most recognisable pet, as well as having several amazing skins/outfits available, makes Macaws deserving of a top 3 placement on this list. 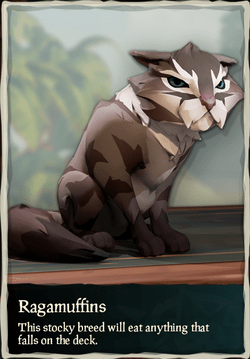 Sporting an old, ragged appearance might make people turn their noses up at Ragamuffins but they deserve love and attention just as much as any other pet on the list.

If you enjoy the more role-play side of Sea of Thieves, you’ll want to deck out your pirate and ship with as many relevant aesthetics as possible.

Ragamuffins fit the pirate pet role better than any other cat pet variant. 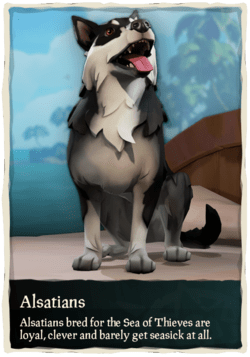 Loyal, reliable, and lovable, alsatians are the best pets in the game. No other pet will provide the same attachment as you’ll get with one of these.

There is a skeleton skin but it completely takes away from what Alsations bring to the table, so go with one of the many amazing skins available!