Minion Masters is a fairly recent TCG/Tower Defense game that’s garnered a huge community of players. A combination of excellent art, fun gameplay and progression make it a must-play for PC enthusiasts.

One of the key factors is its actual minion Masters, which idle on top of your base, attacking enemy minions. Some are powerful ranged attackers, some keep your deck topped up with free cards while others have completely unique mechanics.

Finding the right one can be tough, ranked play is a huge part of Minion Masters and it can be daunting trying to figure it all out.

I’ll be going through the 10 best Masters in the game, detailing what strategies go well with them and how powerful they are on their own! 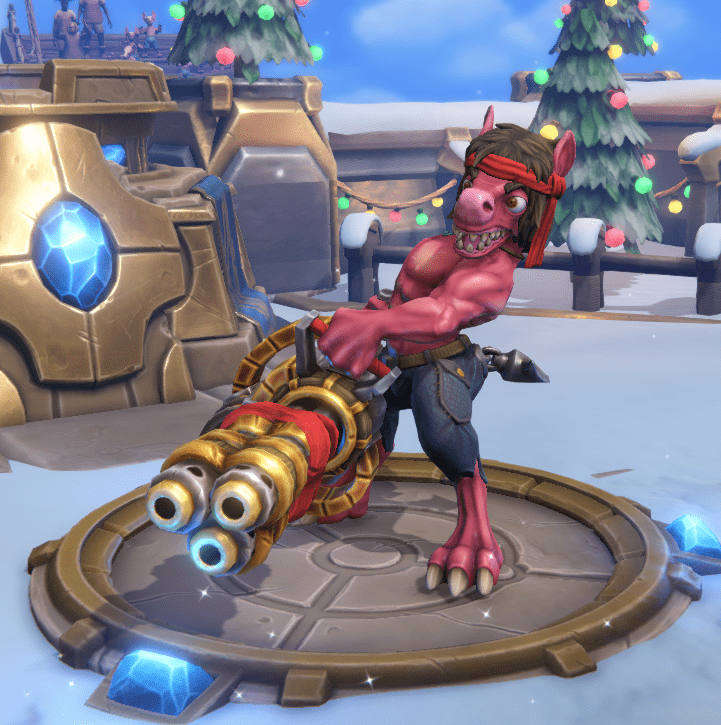 Ratbo’s abilities summon 1-2 Scrats upon playing a minion card, giving you fodder to take attacks. The summoned Scrats are pretty weak, being demolished by anything more than a flick in their general direction.

His attacks will deal just over 18 damage a second, as he fires continuously at nearby enemies. And his More Dakka! card can deal an insane amount of damage, being reduced to 33% against enemy Master towers!

A combination of swarming and tanky minions works best, with his secondary ability being a key focus of his damage out-put. 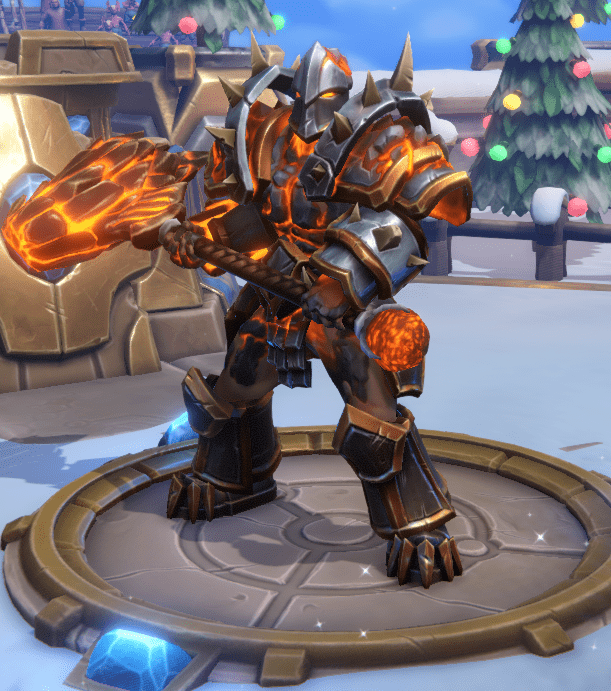 Volco throws his huge hammer at enemies, dealing 40 ground damage, every 2.5 seconds. For a DPS of 16.

Being unable to attack Flying targets is a huge weakness though, so supplement Volco’s anti-ground capabilities with ranged units.

At level 3, he grants all allied minions a buff of +50% damage. Again, this works perfectly with ranged units, as they shoot their way through even the biggest of targets. 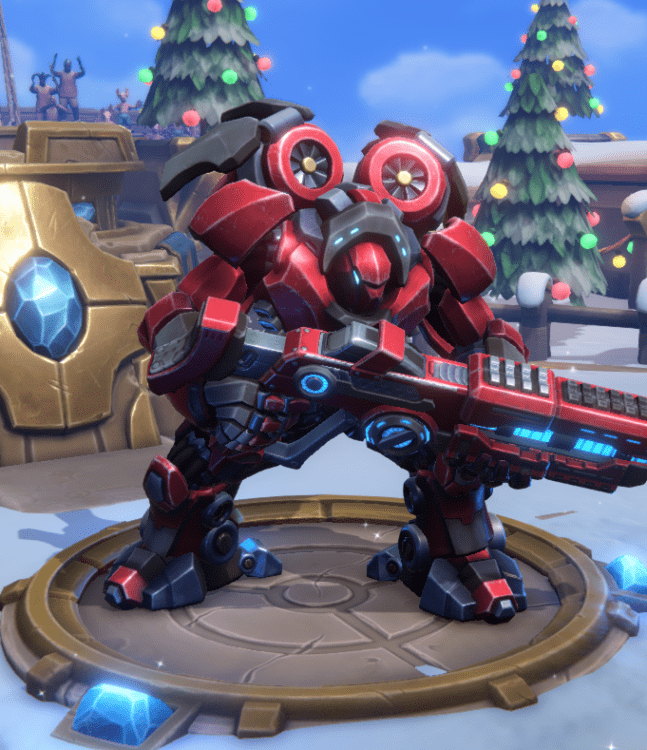 Utilising a powerful pulse rifle to attack with, Settsu hits for 40 damage each second, although she has to reload after 5 shots. Taking the reloading into account, she has a pretty nice DPS of 20.

Settsu’s level 2 and 3 abilities give her some insane synergy with spells. Whenever she casts one, she instantly reloads. At level 3, her first shot after reloading deals double damage, hits multiple enemies and stuns them.

A good balance between minions and spells is recommended here. Your base will be protected by Settsu as she kills enemy minions, then build up your forces to counter-attack with her level 1 ability. 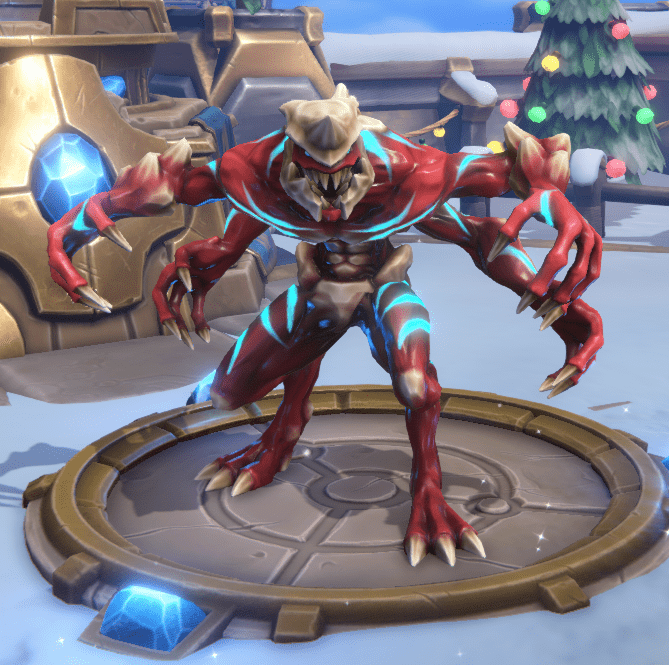 With a minuscule attack range comes high damage output, the highest of all Masters at 33. Being limited to what is basically melee range means Ravager is hard-countered by mass ranged minions, though.

At level 1, Brutus is automatically summoned. While his stats are nice, he can be countered easily. Instead, Ravager’s main strengths lie in his 2nd and 3rd abilities. Granting Frenzy to all allies lower than 50% health, as well as summoning the huge Terror Brutus after hitting level 3! 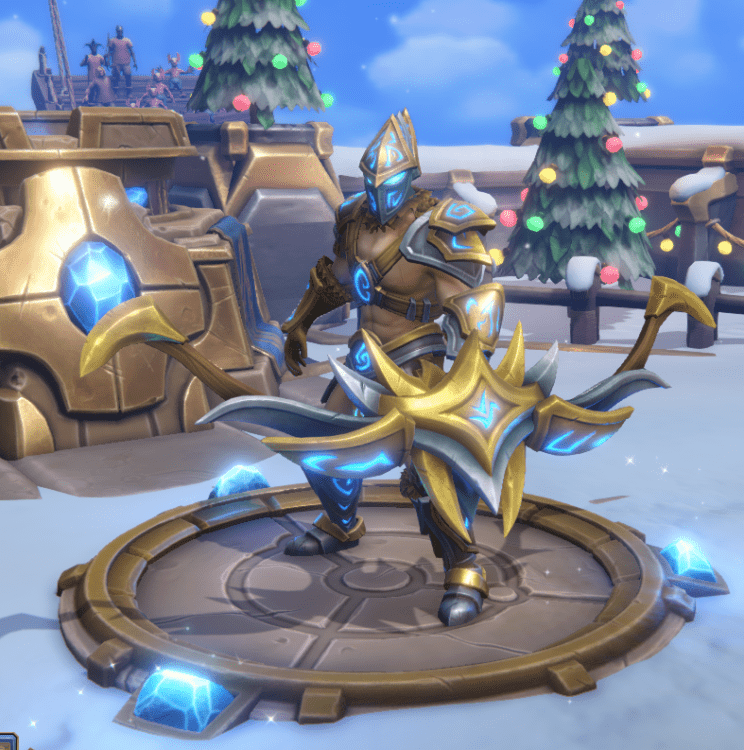 My personal favorite and the default Master you get when you first login. Stormbringer has the highest attack range of all Masters once he reaches level 1. Although each attack takes 4 seconds to wind up (2 seconds at level 3) resulting in 8 damage per second, the global attack range makes up for this. 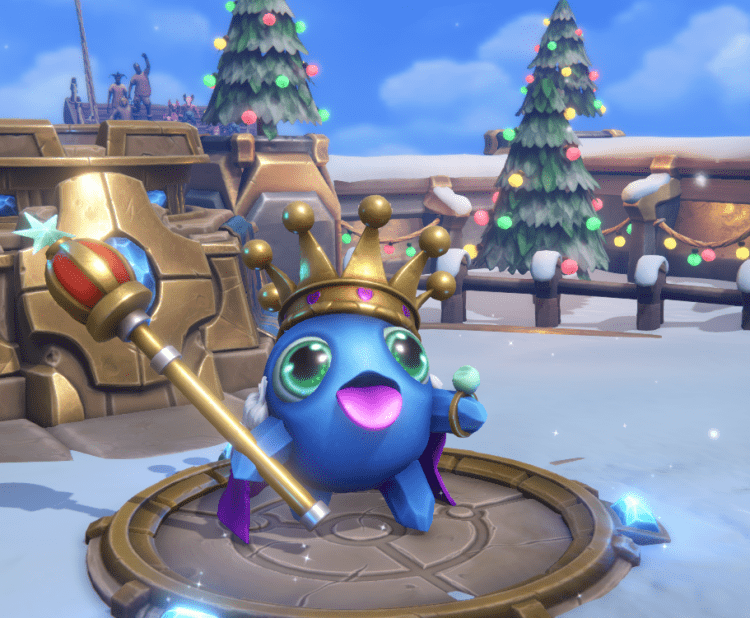 Revered for its cuteness, King Puff is in the heart of many Minion Masters players. This particular Master is a trickster, causing havoc and confusion among the battlefield. His first ability is Trick Swap, switching positions of all minions on each bridge and stunning hostile ones for a few seconds.

Afterwards, upon reaching level 2, all 4 and 5 mana minions will spawn with each Rage or Shield. Which is actually really good and can turn a lost battle into an easy victory.

King Puff’s basic attacks dealing 75 damage to a unit, every 2.5 seconds with a small attack range. A DPS of 30 sounds amazing but the short range can sometimes be a problem.

His Bridge Shield prevents the Master’s tower from taking damage while the bottom bridge is under control. Such a powerful ability essentially means you can focus all your efforts on one bridge, granting significant mana advantages! 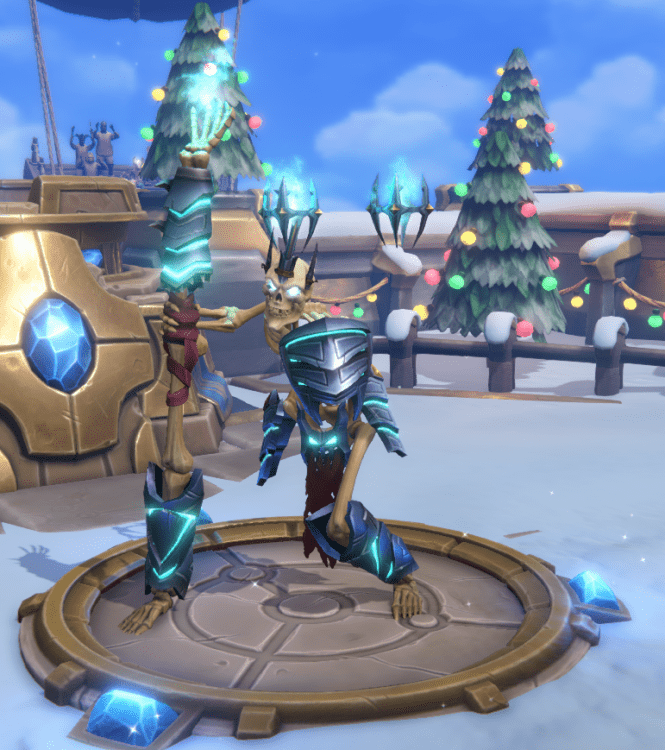 Wielding possibly the most powerful basic attack of any Master overall, Mordar hits all enemies on his side of the map for 10 damage. Every 3 times he attacks, he gains a slight boost to attack speed, to a minimum of 1 attack per second.

In terms of abilities, he does fall short a bit. 2 Tombstone abilities allow him to ressurect the next friendly minion that dies, which can be a lowly skeleton or a high mana cost unit.

Any minions raised by tombstones at Mordar level 3 will gain 50% bonus movement/attack speed. So late-game he’s pretty good, but he really needs a good deck behind him.

I recommend a nice balance, Mordar can take down groups of low HP enemies but solo minion cards? He’ll need some high tier back-up for that. 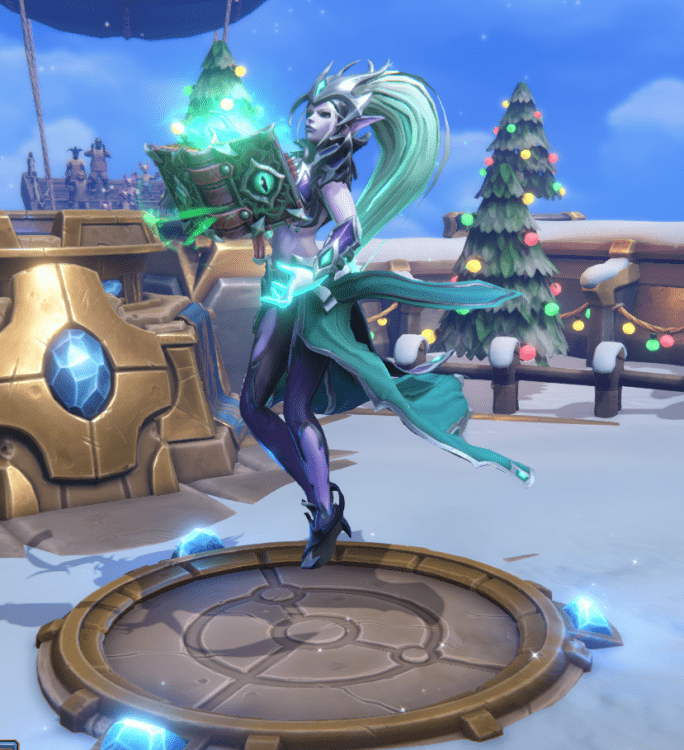 Providing one of the biggest varieties of bonuses among Masters, Morellia is a Lich Queen utilising the Book of the Dead. Upon using her Book of the Dead spell, you’ll have an option of 4 different cards to use. You can summon skeletons, drain life from an enemy minion, grant a friendly minion some Spirit or reduce mana costs for other minions.

After reaching level 3, Morellia has access to one of the most, if not the most powerful minion in the game, in Nyrvir the Fallen.

Basic attack wise, Morellia deals a fairly low 15 damage per second, although it does slow the enemy slightly. 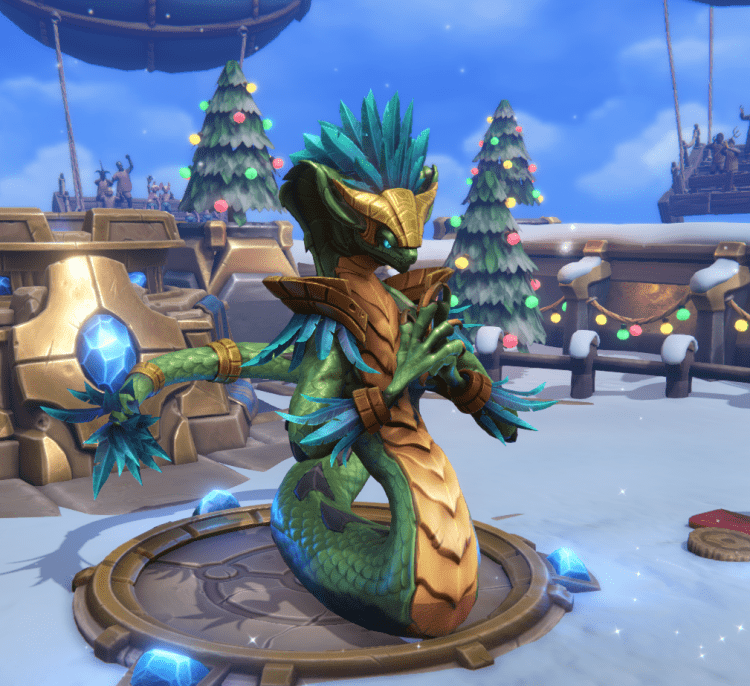 A bit more luck based than other Masters but Apep can be game winning on his own. At max level, he’ll grant 2 cards with 0 cost for your deck, of mana 2 and 4. Free units are always nice.

Apep also has the ability to place a Shield Totem, which prevents damage from being taken for several seconds.

A good strategy is to utilise the 0 cost units for the bulk of your army. Utilise 5 mana or higher spells for utility/clearing out bosses/groups and back them up with high cost units for raw power! 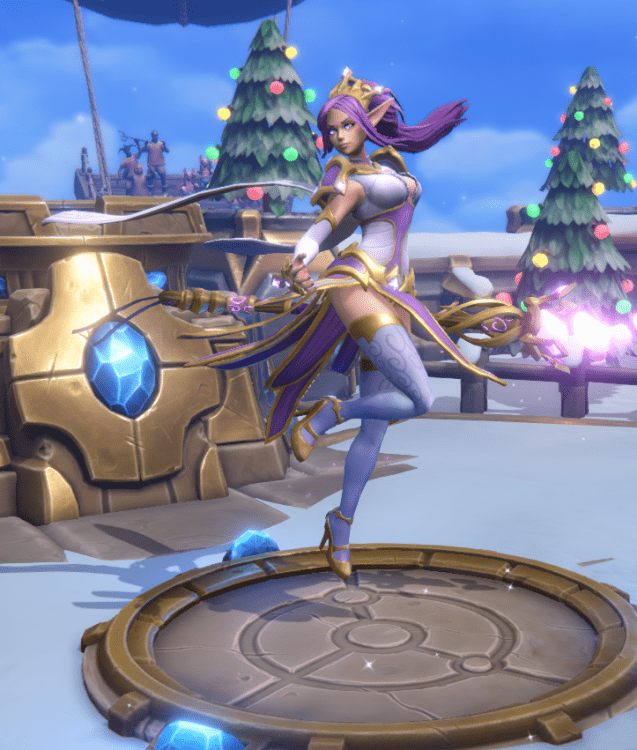 Considered by many to be the most fun and competitive Master in the game. Milloween introduced a spellslinging deck strategy to Minion Masters.

After hitting level 1, she’ll be able to summon an Arcane Golem. It’s a powerful ranged unit, hitting hard and gaining Health/Damage when Milloween casts a spell.

As you can imagine, summoning a single Arcane Golem and throwing a ton of spells is extremely strong.

At level 3, any Arcane Golems are spawned with 200 additional health and 30 extra damage per attack. 5 more spells cost grant the same bonuses on top.

Milloween’s attacks are decent, hitting 3-7 targets (more depending on any spells in hand) for 8 damage each, every 2 seconds!