Before the introduction of generated structures (apart from the classic Dungeon), your Minecraft world would be fairly light in content. Sure you’d build a base and survive, but there was nothing to run into on your journeys.

Now though, every Minecraft world is full of generated structures to loot, explore and possibly build in. I’ll be going through the 10 best available, rankings won’t be dependant purely on loot though. This list will be your go-to guide for when you’re bored in Minecraft, there’s a separate list for when you want to maximum your loot intake.

So if you’re finding yourself running out of things to do, go explore each of the following generated structures!

Note: Woodland Mansion hasn’t made the list. It’s way too difficult to reach, although fun to explore for the first time. Available loot is also lacklustre. 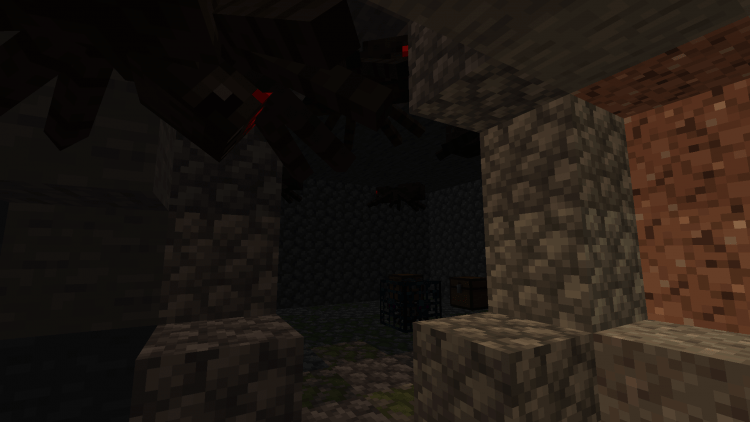 The original generated structure, one that contains a mob spawner and 1-2 chests. In these chests, you’ll find anything from String & Bone to Enchanted Books & Iron/Gold Ingots. Certainly not the best in terms of loot but for how easy they are to conquer, you’ll want to keep your eye out.

Mob spawners can be turned into exp farms quite easily. Or you can break it with a pickaxe for a quick experience boost.

In terms of locating a dungeon, your best bet is to find a mineshaft. You’ll commonly find at least 1 dungeon per mineshaft, I personally found 4 in my last exploration! 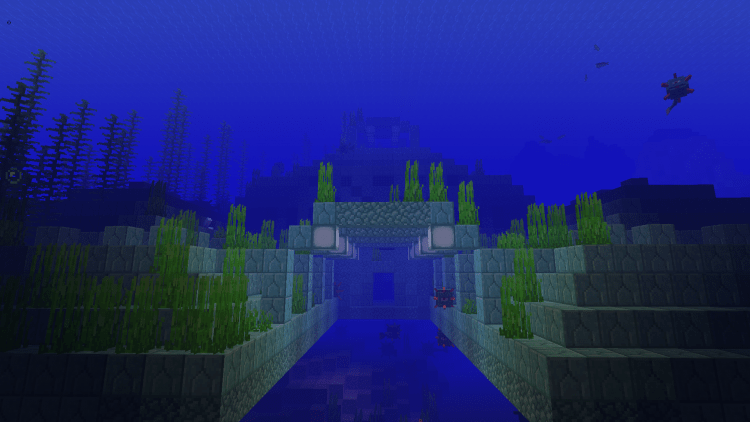 Completely underwater, you’re unable to break any blocks until you’ve massacred the 3 Elder Guardians. These guardians drop prismarine shards, wet sponges, 10 experience and random raw fish. 72 gold ingots worth of gold blocks are found at the center, too.

Mostly explored for the sponges, prismarine and sea lanterns, the amount of loot is pretty nice. Getting lost inside is a nightmare sometimes though, so it’s not too fun to explore regularly. 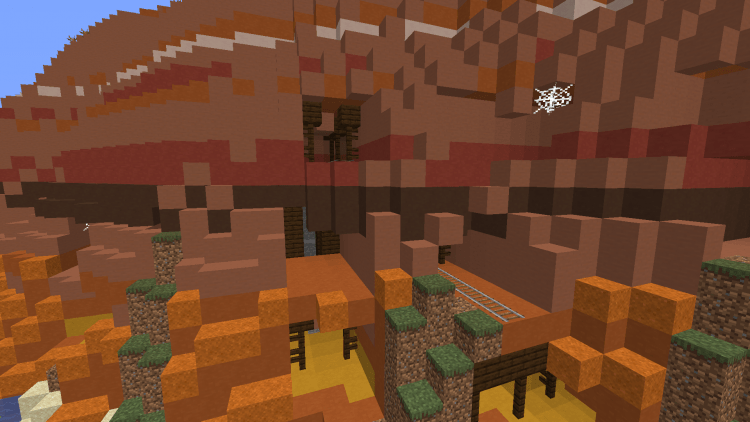 Generating only in badlands biomes, this mineshaft variant is completely unique. Able to generate above ground, inside mountains, they utilise dark oak over normal oak for the wooden scaffolding.

Gold ore is commonly found, way more than it can be anywhere else in the game. If you have a Badlands biome near your base, you’ll have a consistent supply of gold for a long period of time.

Since you can usually access this mineshaft without the need of a cave, exploring/mining is far easier. The lack of cave spider spawners is a nice bonus too! 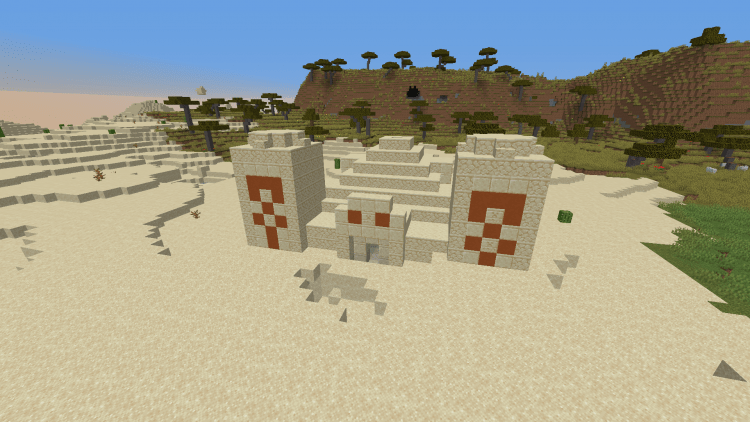 Extremely easy to find with amazing loot. Desert Pyramids can be found in multitudes of 2-3 per desert biome. Entering is simple, then mine your way down to the bottom, disarm the pressure plate and collect your loot.

Enchanted books, diamonds, emeralds, ingots, golden apples are all found here. You can dig a bit further down to collect the 9 TNT too! 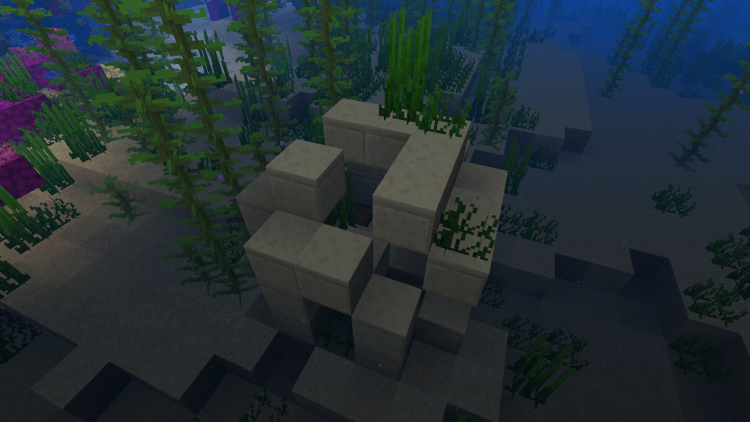 48 variants of ocean ruins exist, so sometimes you can swim straight past them without a care in the world. In general, if there’s something that looks like a structure, that isn’t coral, go ahead and check it out. Can take about 20 seconds maximum to get in and out of.

Travelling through the ocean, visiting every ocean ruin is a great bit of fun though! 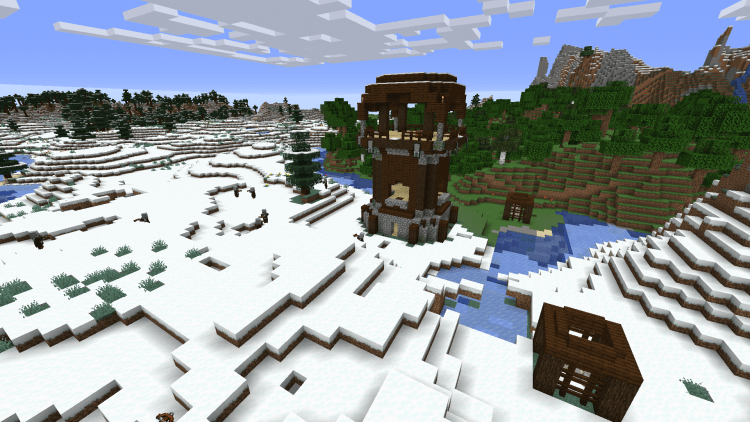 Way too rare for my liking but if you have one fairly close by, you’re set for a while. To get to the one and only loot chest, you’ll often have to defeat several pillagers.

Killing a raid captain will grant a debuff, entering a village will consume it to start a raid. Sort of a mini-event, one of the most fun forms of combat you can have in Minecraft. You’ll earn a ton of armor, weapons, experience and emeralds too.

Raid captains will respawn every now and again, so go back often to get the debuff and start triggering raids. 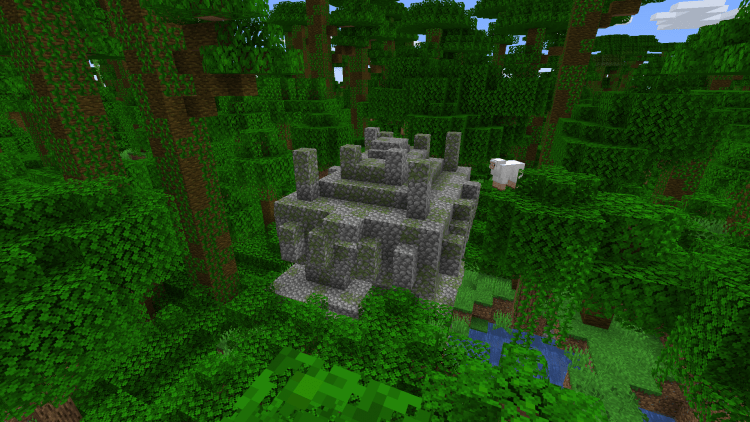 Found exclusively in jungle biomes, these temples are easy to loot, but come with risks. 2 chests are available, one can be accessed by completing a puzzle by activating switches in the right order. You can also just mine through the puzzle to acquire the chest.

The other is located behind a tripwire trap that will fire arrows. Either way, it’s one of, if not the easiest location to loot of all generated structures.

Diamonds, iron/gold ingots, emerald, enchanted books and horse armor are all found here. Diamonds have a 12.8% chance of being found, which is one of the highest rates of all structure chests! 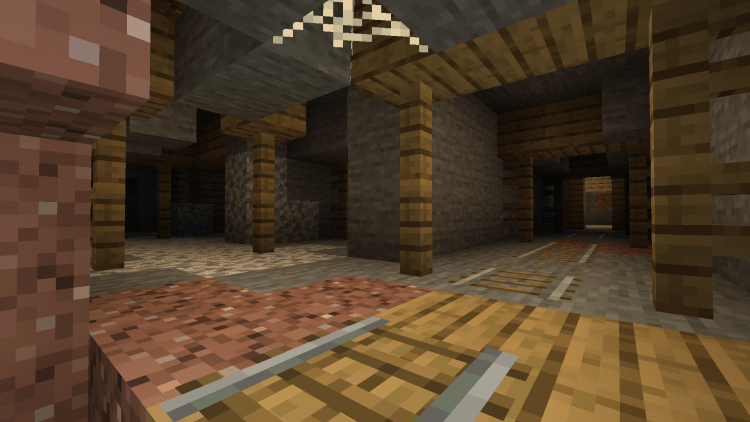 Each one will hold a cave spider spawner, surrounded by cobwebs. Throughout the Mineshaft are a ton of cobwebs too, making for a great source of string (if you break them with a sword).

Diamonds have a 10% chance of being found, although in my current play-through I’ve encountered 3 or 4 Mineshafts and never found a diamond 🙁 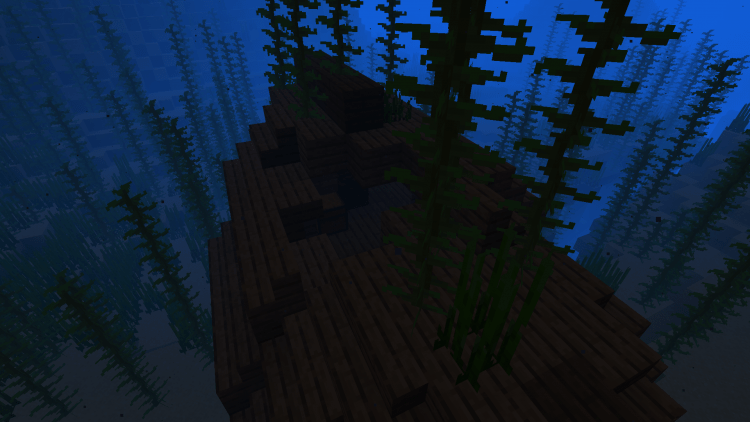 As you can tell, exploring the oceans is one of, if not the most structure-rich experience in Minecraft. With the many options of structures available and each one offering something different, you’ll want to make it your main goal.

Shipwrecks are particularly amazing, you can loot one in less than 30 seconds if you’re fast enough. Also easy to find, just scour the ocean floor on a boat!

A fullly in-tact shipwreck can contain 3 chests. Half broken ones are the most common though, containing 0-2 chests.

Treasure chests are the best though. With a 14% chance of finding a diamond, you can also acquire Bottle o’ Enchanting, gold/iron ingots and emeralds.

Map chests give you a buried treasure map, which leads you to the best loot location in the game! 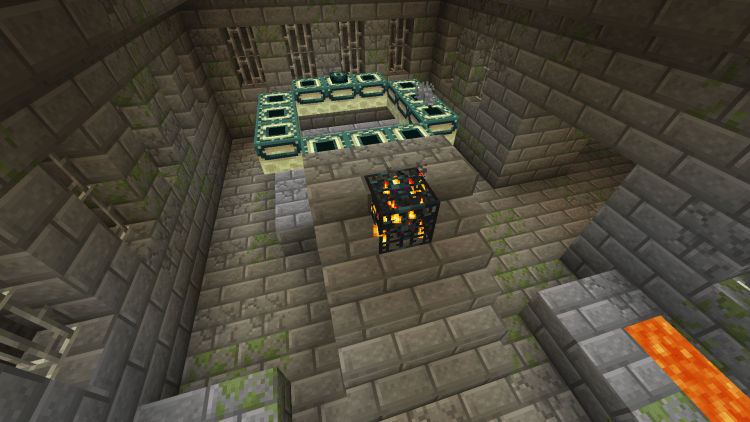 Most likely the last generated structure you’ll encounter on this list, Strongholds are a pain to find but provide an enjoyable experience. Sixes vary, but expect a lot of stone bricks, at least one library containing a ton of bookshelves and of course, loot chests.

Altars are found throughout each Stronghold, containing all kinds of iron equipment/armor, various ingots, enchanted books and diamonds. The library chest has a near 70% chance to contain an enchanted book.

Unfortunately, due to the way they spawn, you’ll only really be able to visit 2 different Strongholds per map. After that, they spawn so far away you’ll probably never reach them.