Food is currently the only way to restore health in Sea of Thieves.

Found in barrels, crates, or slaughtering creatures for meat, there’s plenty of ways to stock-pile your food.

If you’re simply doing cargo runs or otherwise not really getting into fights, munching simple bananas will be fine for yo.

However, if you’re tacking on ghost/skeleton ships, skeleton mobs, other players, or events, you’ll need much better food items.

Stopping to eat multiple foods can waste valuable time, as can the ability to run out of food.

Keeping your health topped up allows more time for looting, fighting, or getting the ship repaired.

I’ll be going through the best food items in Sea of Thieves. You’ll know which to recognise, as well as how easy they are to obtain!

Note: Meat should always be cooked before consumption. 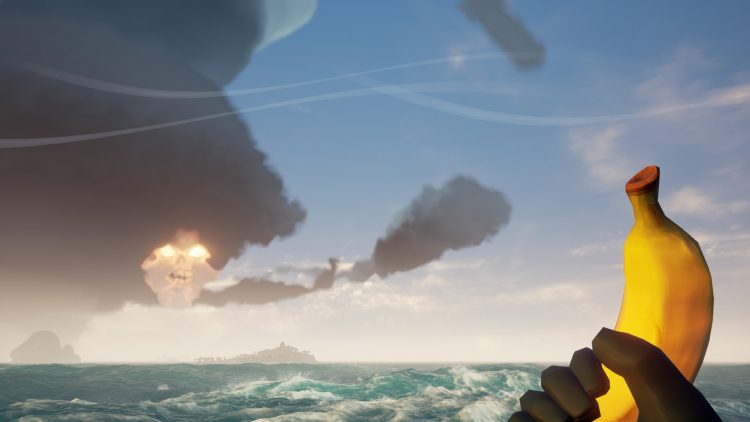 Your most common food item, reliable and easy to find.

16 bananas are given when you first load into the game. From there, they’ll be commonly found in barrels, on islands, and fruit crates.

No doubt you’ll get dozens quickly, but bananas restoring only 20% health means they shouldn’t be your go-to snack.

Instead, use them to top off your health if you only have a bit missing. 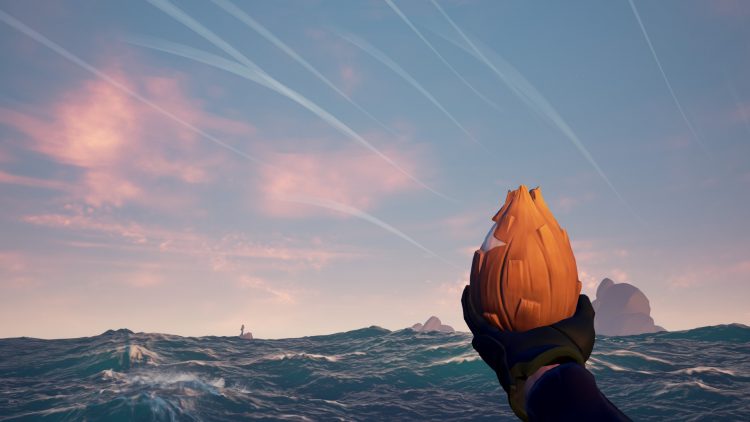 Less common food item than the banana, coconuts are your next step up, restoring 30% health.

Find coconuts in barrels for the most part, they’re a decent food item with 3 of them almost completely healing you. 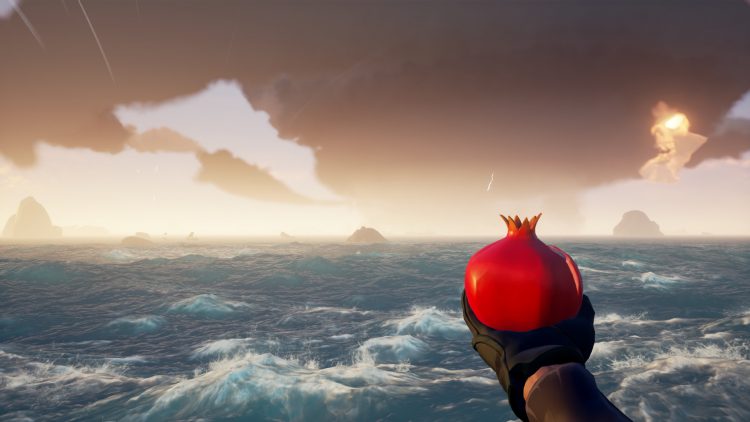 Restoring a very nice 40% health is the next step up from the coconut, with the pomegranate being a rarer counter-part. 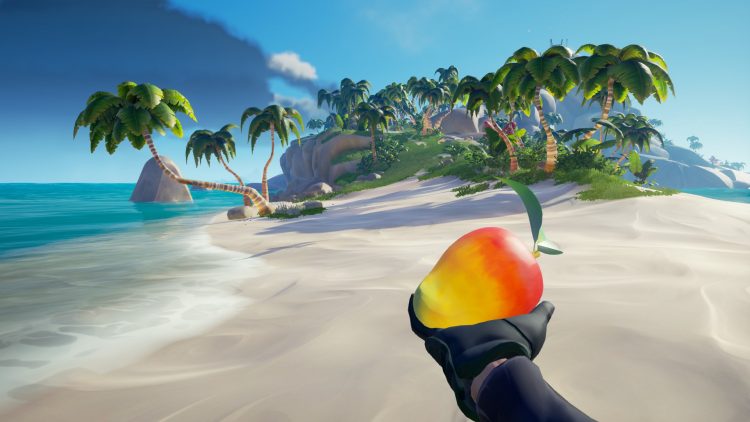 Now we’re starting to get to the really good food items, with mangos being the second to last food on this list that provides no health regeneration.

As is consistent with the health resoration amount, mangos are fairly rare compared to the previous entries. Unless you find a fruit crate, you won’t get a large stockpile! 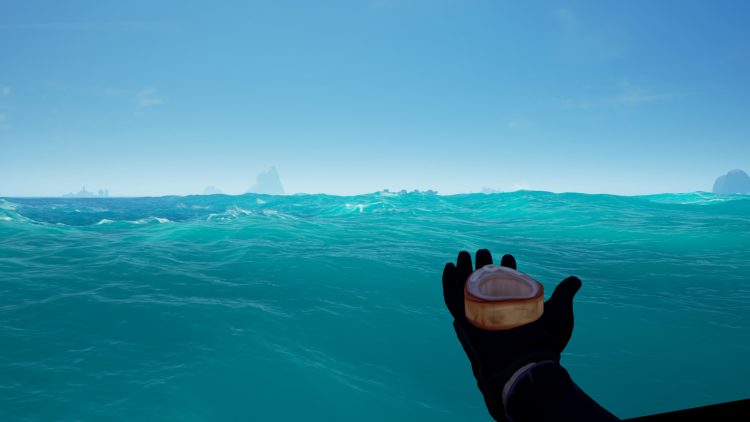 Consuming a cooked portion of snake meat will restore 50% of your health, as well as provide 25% regeneration that’ll restore 25% health.

A snake can be killed with one simple sword slash, dropping 1 portion of snake meat.

As for where you’ll find snakes, most islands have them. For a full list, consult the Wiki entry.

When venturing out to collect tons of snake meat, bring a storage crate with you, as you’ll be able to carry more than 5 portions at once! 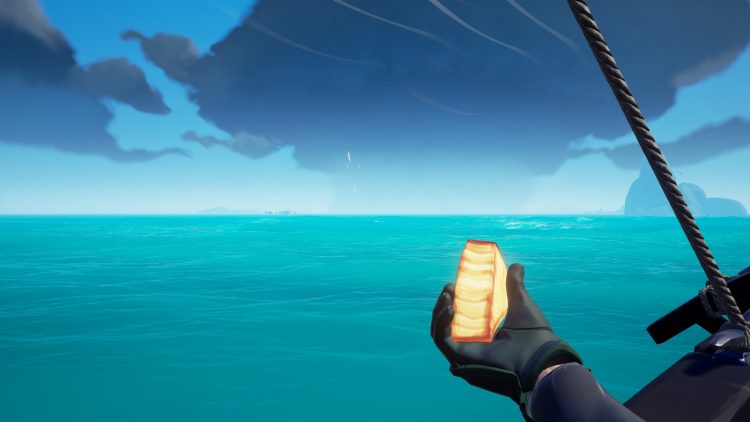 Shark meat has the same healing capabilities as snake meat, only it’s slightly easier to acquire.

Just slow your ship to a halt and chill in the water for a little while, eventually a shark will come. Hit it 3 times for easy meat!

If you really, really need shark meat for whatever reason, shipwrecks almost always have at least 1 circling them.

Tip: If you need to evade a shark, duck underneath it at the last second, its attack will miss 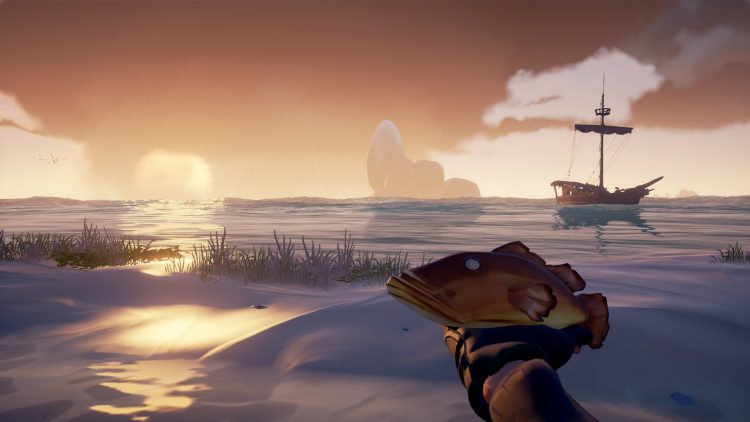 Catching a fish is quite difficult when you first try it, but watching a simple guide can make it remarkably easy.

It’s something you should do whenever you have some spare time while travelling the sea of thieves.

You can also get trophy variants, extremely rare fish will higher health restoration. But it’s worth selling those, fish, as a trophy Shadow Stormfish can sell for 11,250 gold! 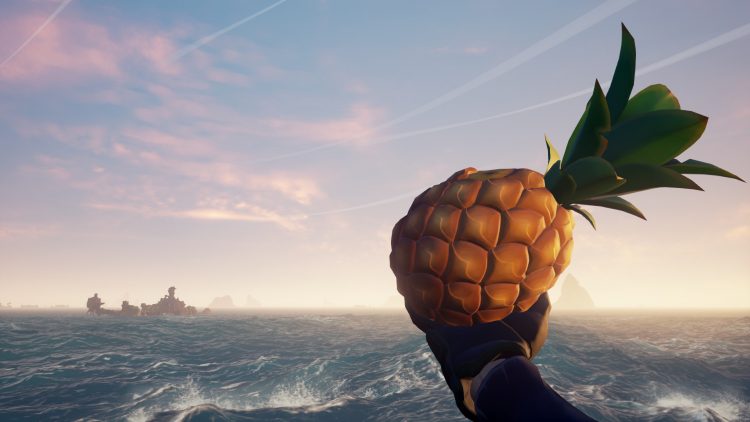 Pineapples take 2 bites to devour and fully heal you each time!

No other fruit in the game can match the mighty Pineapple. 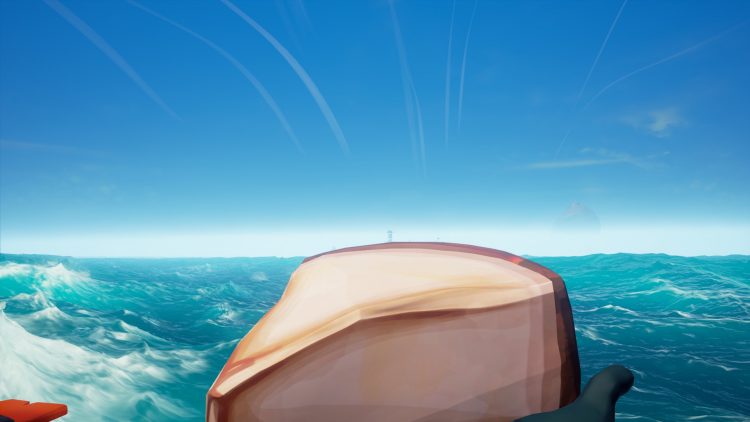 Krakens are kind of sucky for solo players, or even duos since you only get loot for each tentacle you kill.

So you’ll often only get 1 kraken meat per fight, and likely 1 fight per play session.

As the kraken is a world event, you won’t encounter one while other world events are active. 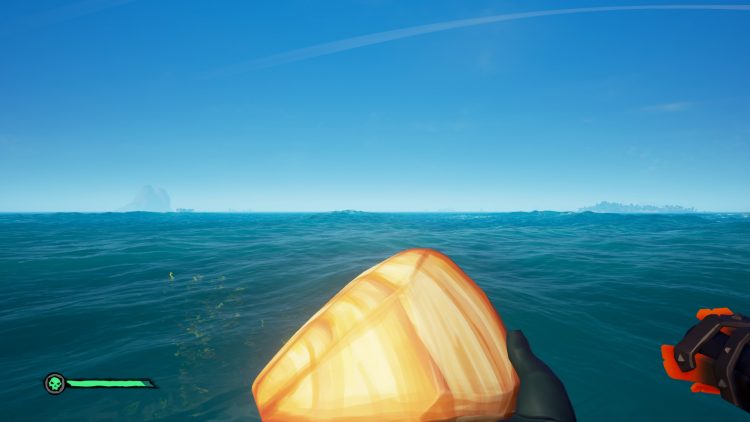 So many times I see crew-mates pass up on the Megalodon. It’s such easy loot and the food is incredible.

Each megalodon will produce at least 4 portions of meat. As well as a hoard of treasure.

Megalodon spawns are random but fairly common. Unless you really don’t have the time, it’s always worth taking it out and hoarding that sweet, sweet loot.

Overall, no other food item in Sea of Thieves compares to the health restoration and easiness to obtain as the megalodon meat!

No your info is fake