Every Skyrim player needs a loyal follower by their side, it’s one of the many features that adds to the fun gameplay and immersion of the Elder Scrolls world.

With over 70 followers available in Skyrim, finding the right one for you can be tough. They all have different stats, different preferences for equipment, and different ways of acquiring.

Followers are NPC characters, who follow you on your adventures and assist in combat.

They can be made to carry items for you, outfitted with different weapons/armor (depending on the follower), and unlock various conversation options.

You can even marry some followers, which will grant the Lover’s Comfort buff upon sleeping next to them, increasing skill gain rate by 35%.

Which follower is best for my character?

You’re best choosing one that compliments your weaknesses.

So if you’re an archer, or spellcaster, you’ll want a follower who can front-line for you, diverting attention while you deal damage from range.

Whereas if you’re a warrior, loving being in the thick of a fight, a strong-ranged follower is a good option.

Having said that, a similar follower can also be effective, as you can allow them to use your equipment as you upgrade to better variants. This will save time and resources, but make gameplay a bit more difficult.

Can I have multiple followers?

Not in the base game, but there’s a mod that allows just that. Makes the game very easy, but can be a fun way of playing if you’re tired of the default experience.

What does follower level mean?

A low follower level means less prominence in their relevant skills, a high-level two-handed user will hard a lot harder than a low-level one. 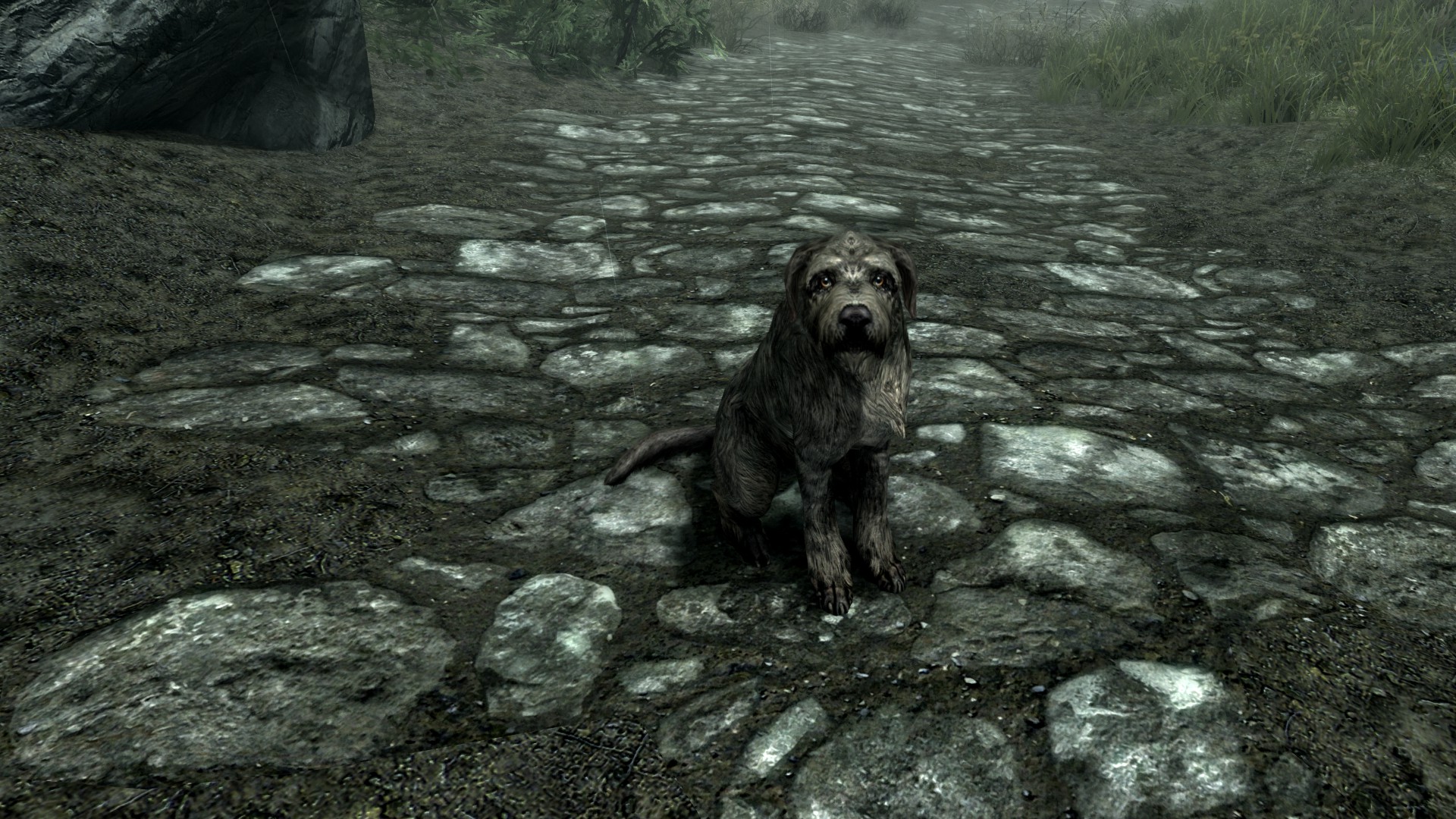 Where to find: Upon reaching level 10, visit the Falkreath front gate, a guard will ask if you’ve seen a dog. Then speak to the Blacksmith, exit the main gate and travel down the road for a bit.

Barbas doesn’t take up your follower spot, allowing you to run him alongside your regular follower.

In combat, he acts as a speedy, hard-hitting doggy that is also unkillable.

Outside of combat, he does tend to bark a lot, which can be annoying.

Otherwise, you should really consider adding him to your team. 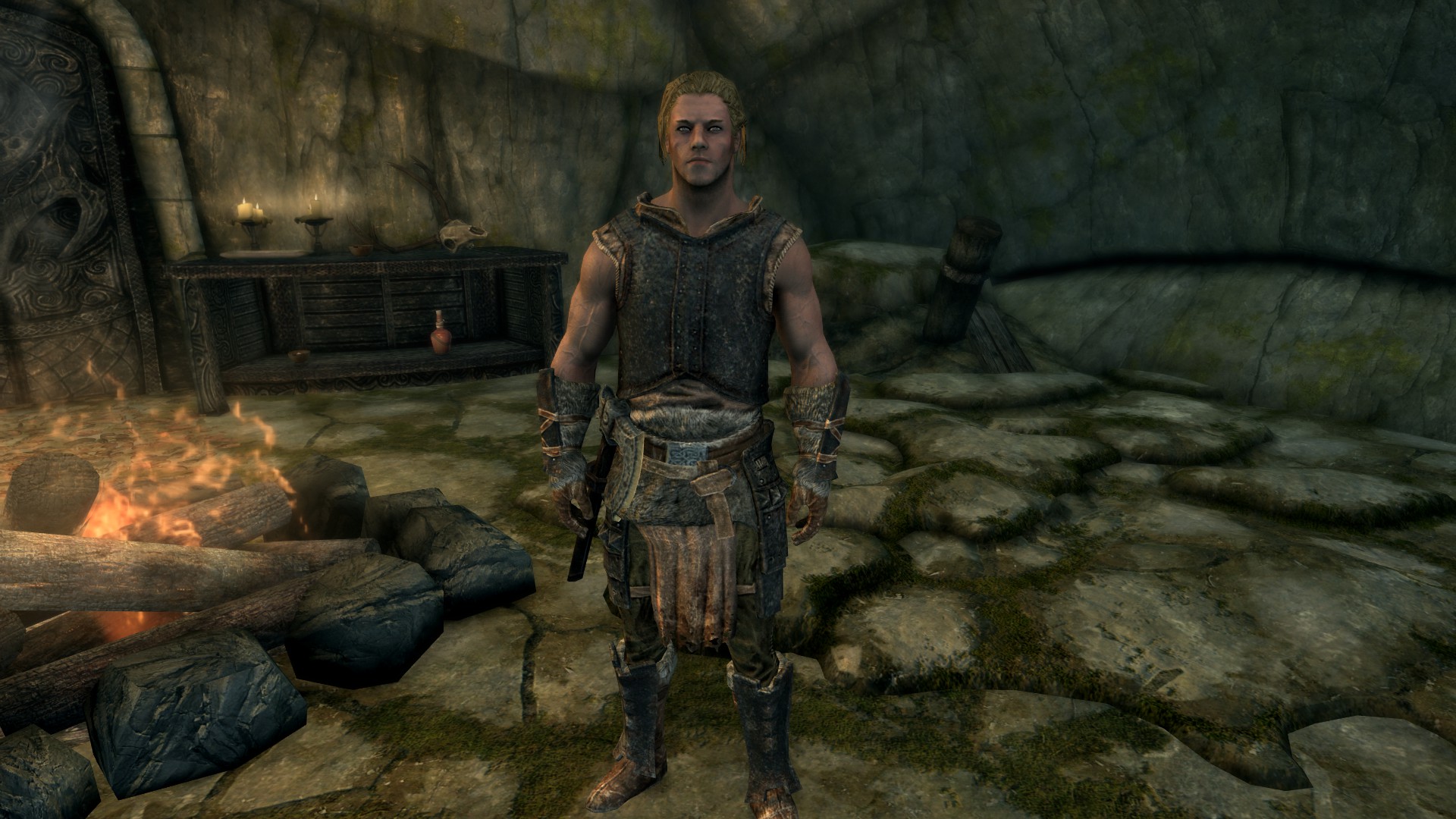 Where to find: Hillgrund’s Tomb, help him clear it of enemies to unlock him as a follower.

One of the easiest followers to acquire, perfect for those who are starting a new play-through.

Golldir seeks to avenge the acts of defamation against his family’s remains and will act as a wall of iron as your follower. 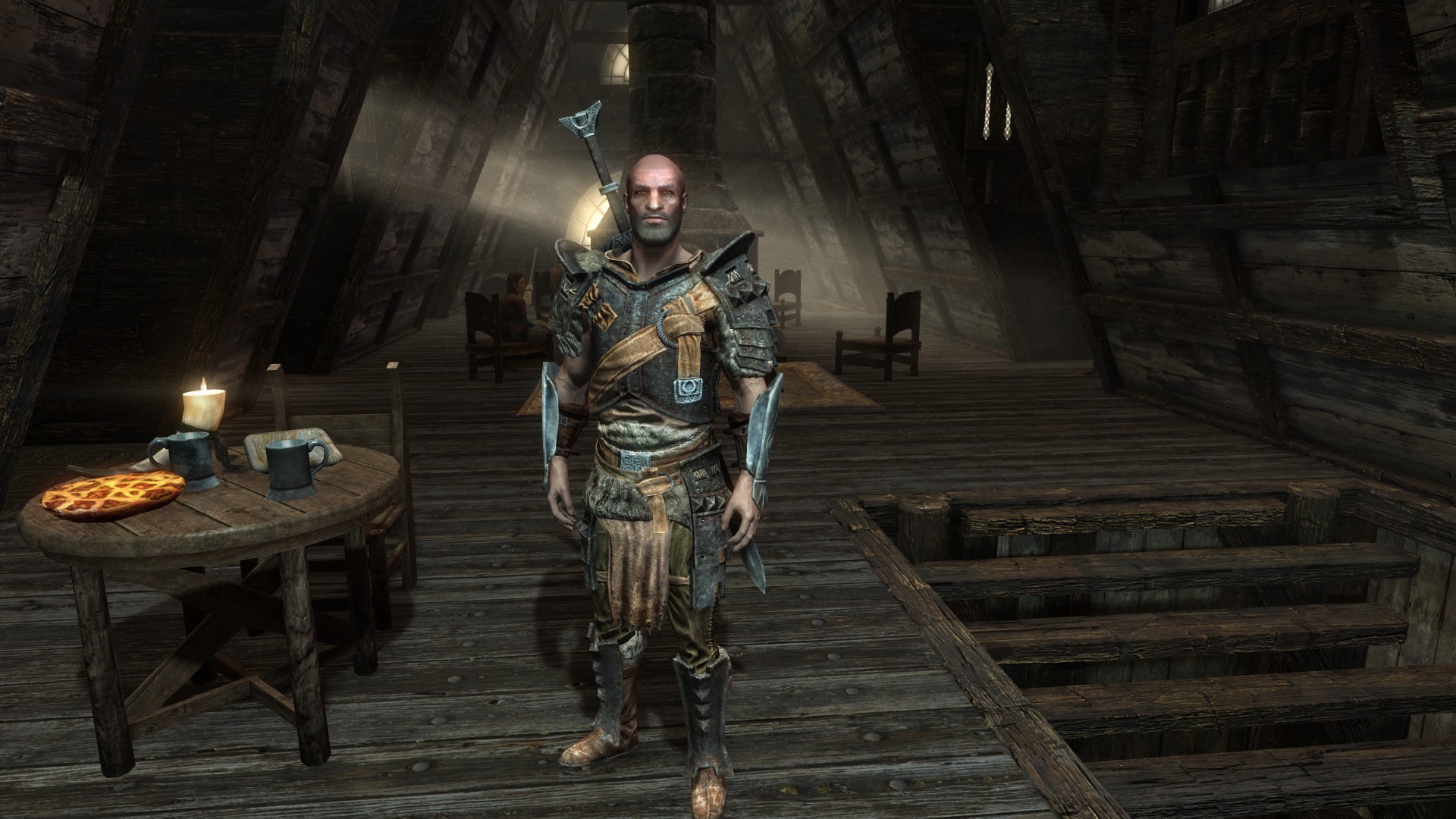 Where to find: Go to Candlehearth Hall in Windhelm, then pay Gold to hire him.

One of the more aggressive and bloodthirsty followers, Stenvar loves being in the heat of a fight, as well as acquiring wealth for himself.

Plenty of health and stamina keep him in the fight for a while, where he can dish out damage with two-handed weapons.

Due to his volatile nature, he’ll often approach a fight immediately, so watch your aim if you’re using ranged attacks, so you didn’t hit him. 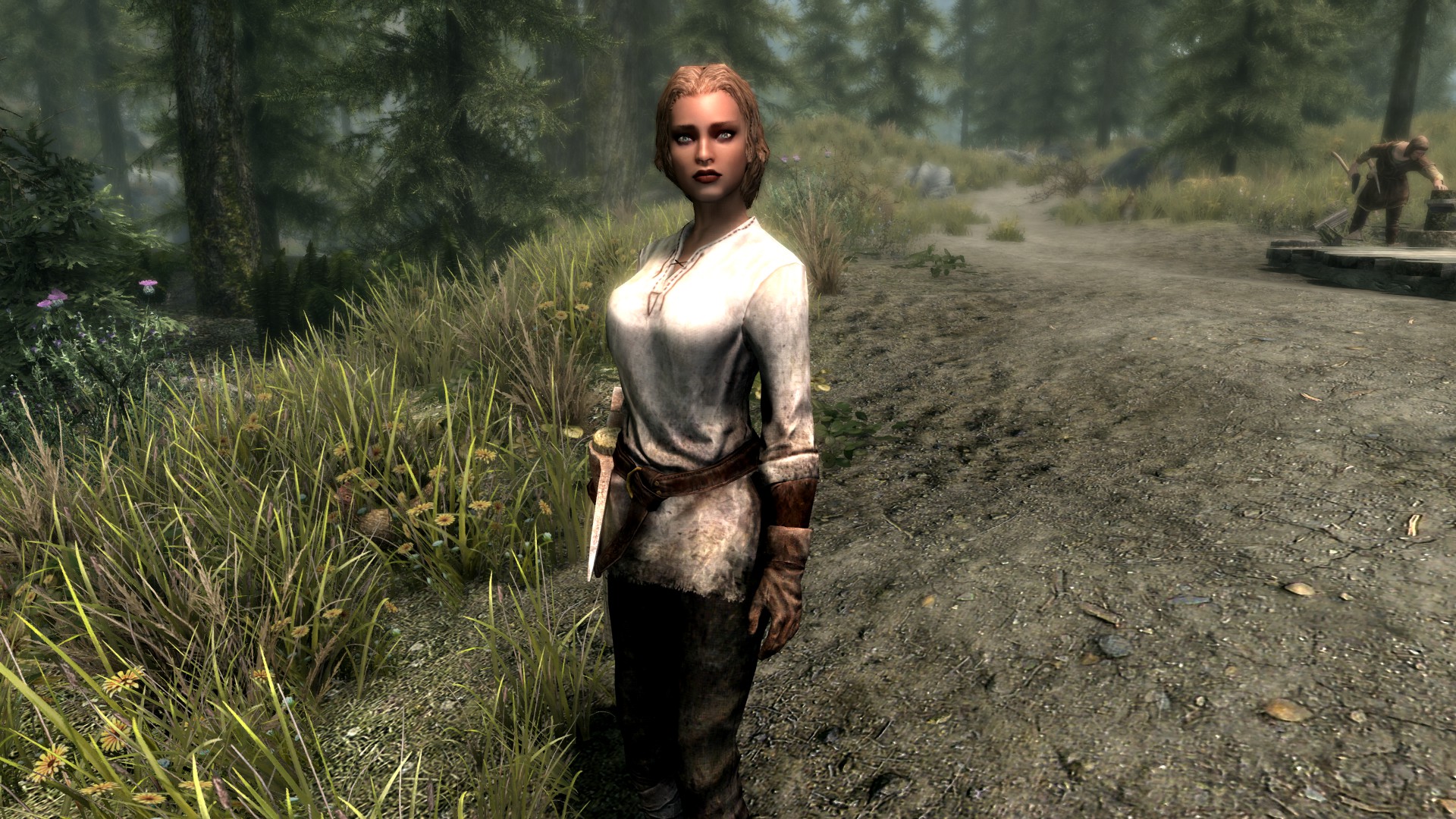 Where to find: Darkwater Crossing, she requests you kill a bandit leader for her, then she becomes available as a follower.

Seemingly bored of her time at Darkwater Crossing, Annekke is happily married but could do with a few adventures.

Load her up with a strong bow and effective light armor, and she’ll act as a good ranged option from afar.

Due to her low max level, it’s not recommended to keep her on, after you get past level 35 or so. As an early follower, she’s well worth the trip to obtain her. 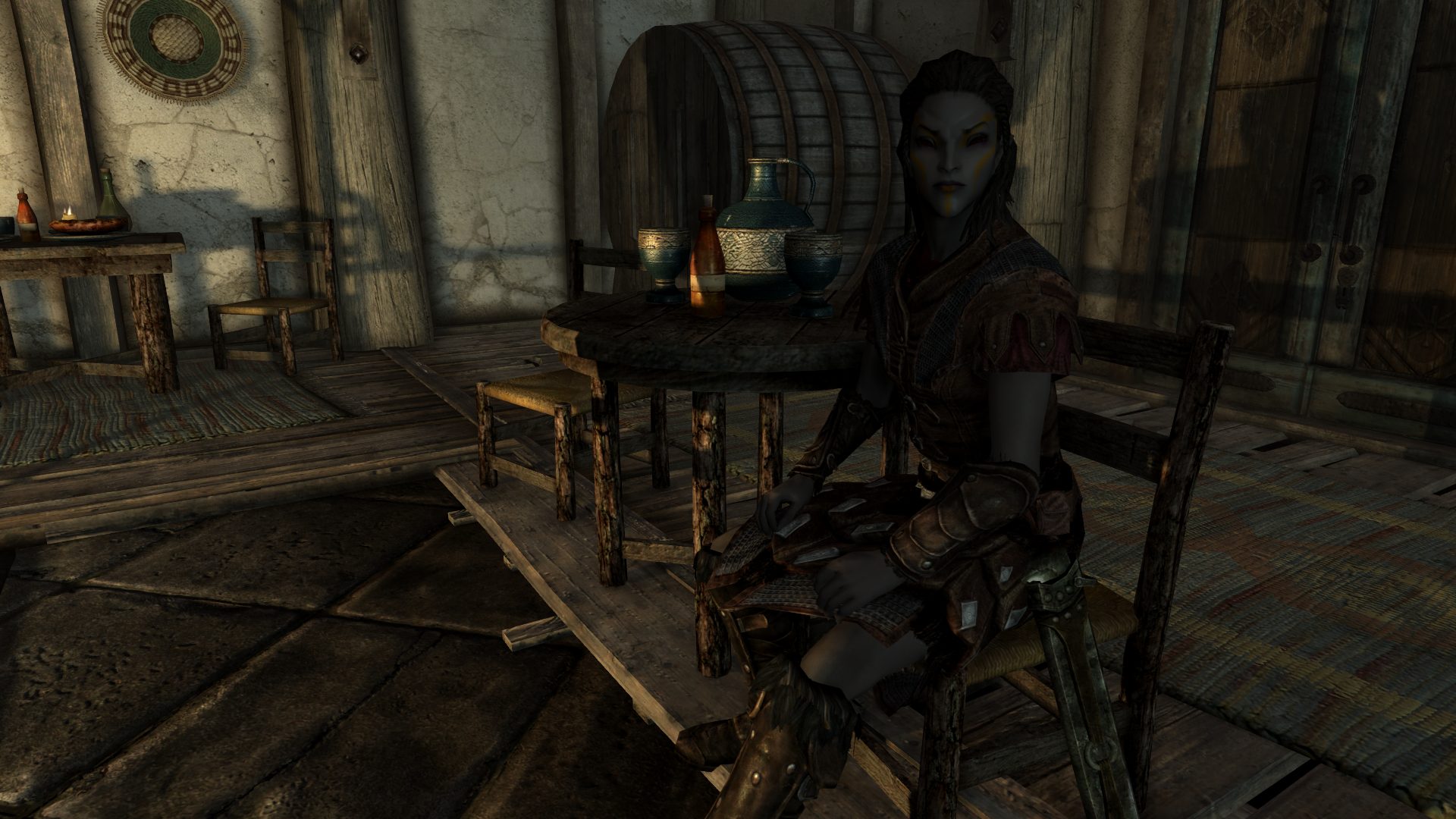 Where to find: The Drunken Huntsman, Whiterun, where she can be hired for 500 Gold.

Easily obtainable, 500 Gold is a pittance, especially considering she’s one of the few followers who can dual-wield.

Working best with a heavy front-line player character, she can out-put tons of damage through either archery or dual-wielding daggers.

Highly recommend waiting until you have strong light armor to grant her before you let her dual-wield, as she can be quite fragile without it. 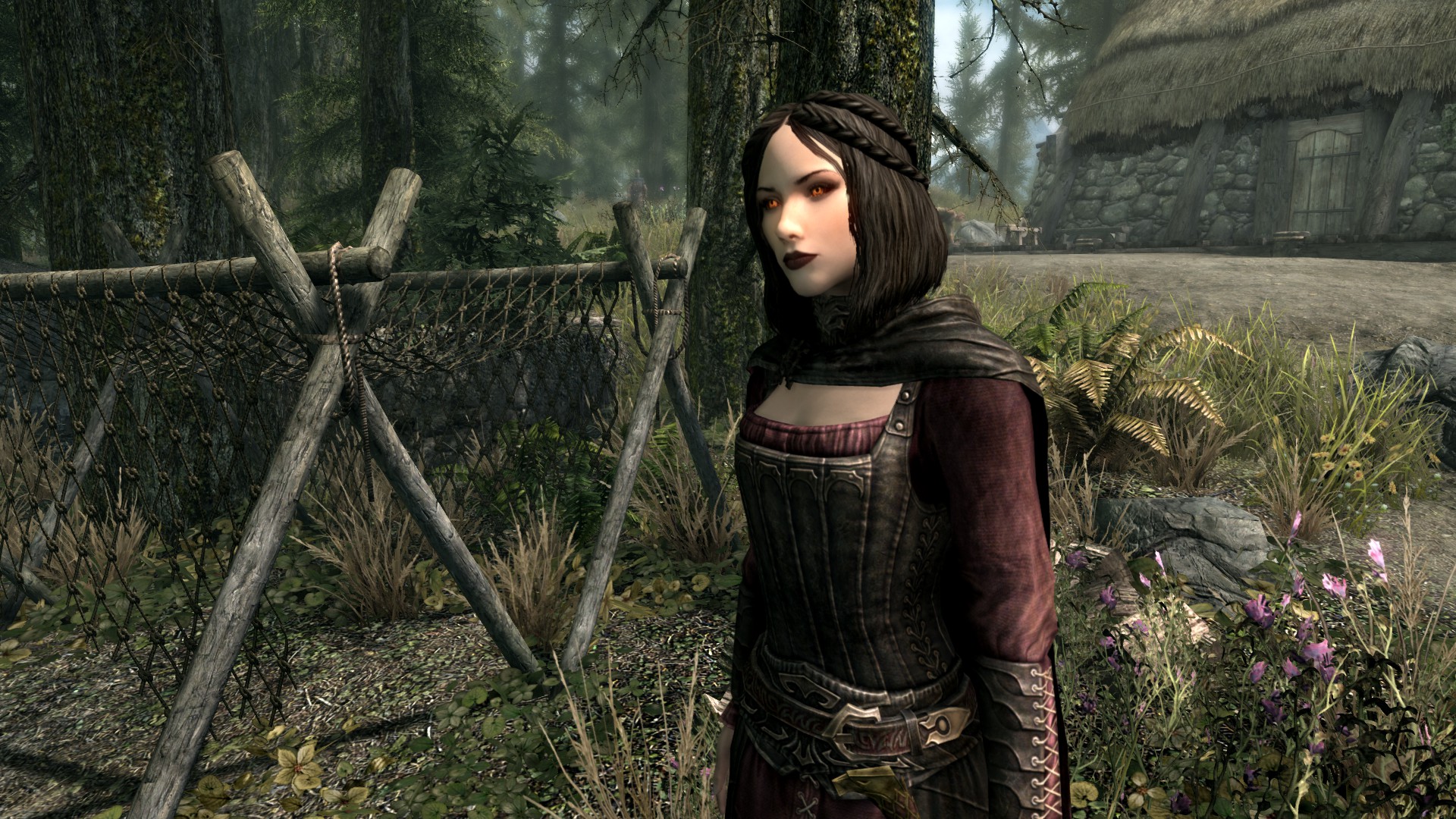 Where to find: Encounter her during the main Dawnguard quest-line.

In terms of interactions, Serana is the closest you’ll get to an interesting follower.

She does start off as a vampire, but it doesn’t cause anything negative to the player, she simply wears a hood in daylight. And she can be cured anyway. 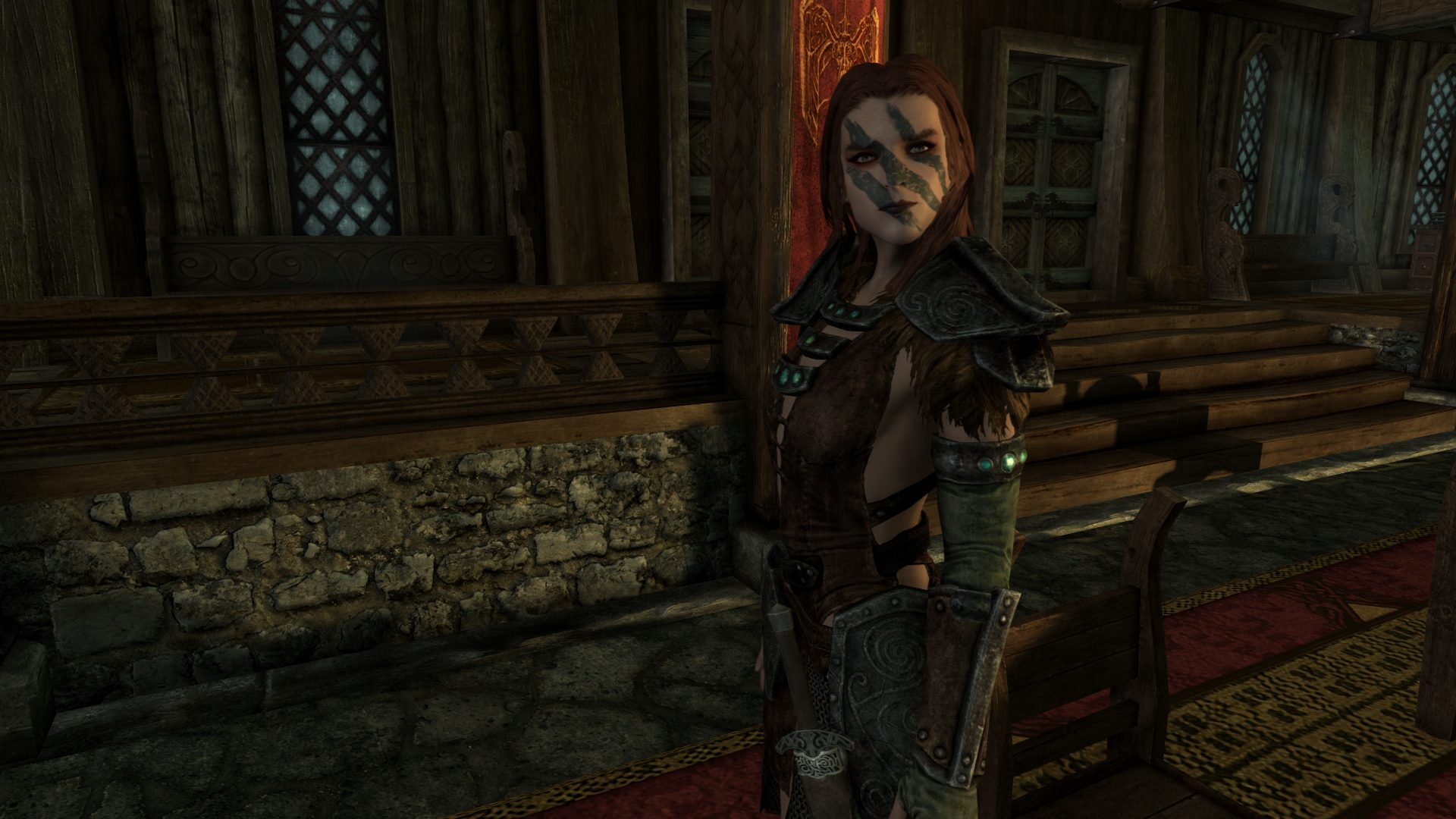 Where to find: Jorrvaskr, Whiterun. Complete the Companions main quest-line.

Heavily experienced in the art of archery, keep her as a back-line ranged artillery unit.

There has been conflicting reports on her ability to die. In general, it seems she remains invincible if you don’t marry her. 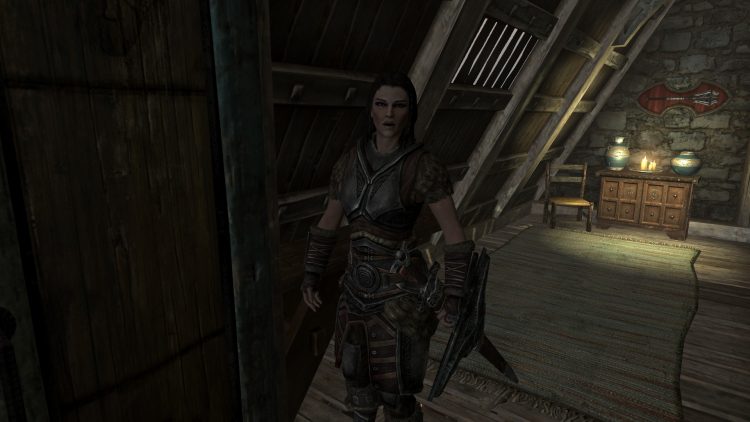 Where to find: Become a Thane of Windhelm, Markarth, Dawnstar, the Rift, Haafingar, Whiterun, Falkreath or Morthal.

So in general, they act as an additional warrior who is decent at all aspects of combat, while being a master of none. 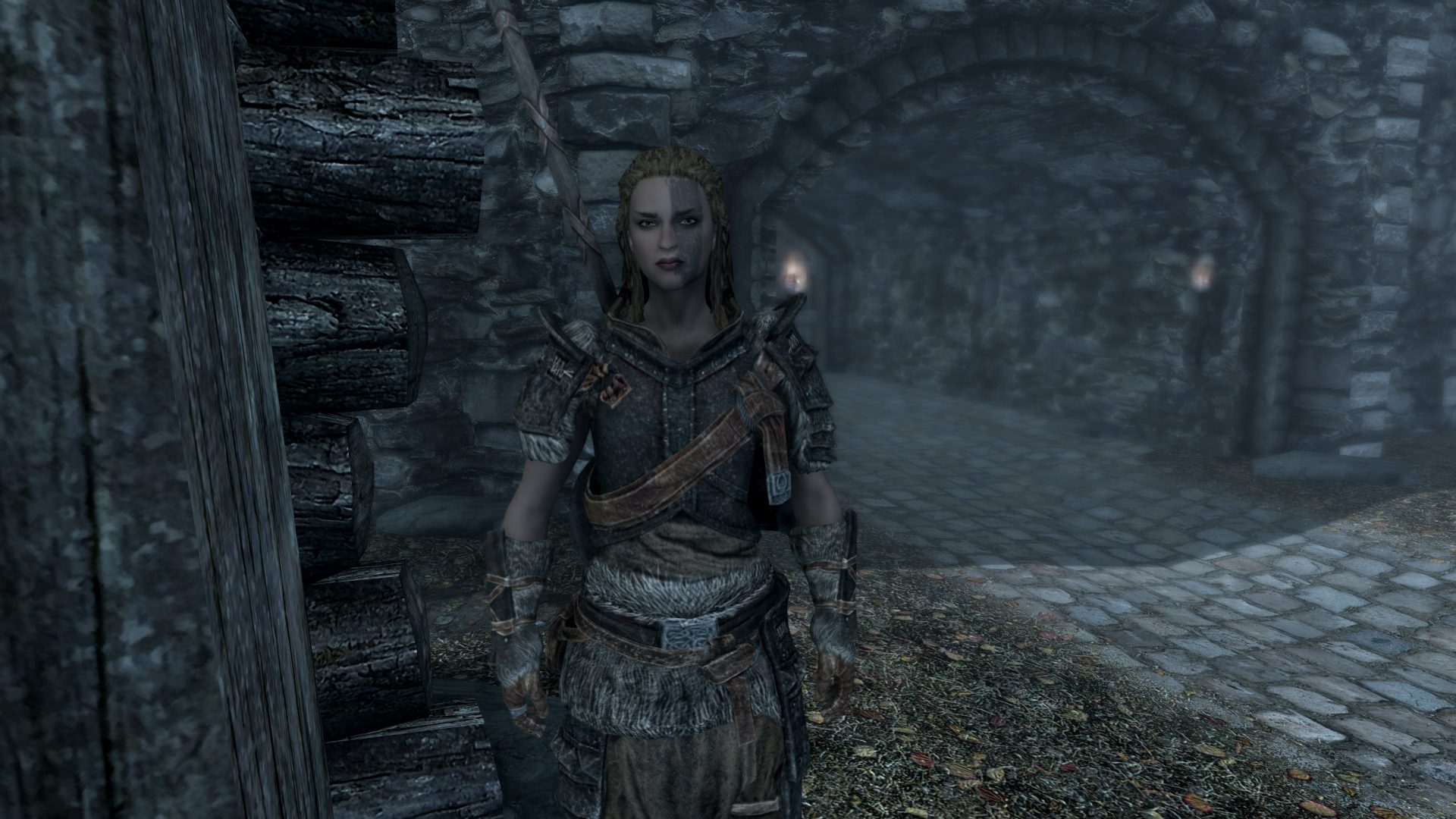 Where to find: In, or around, the Bee and Barb Inn, Riften. Be at least level 14 and have her favor (complete her quest, Grimsever’s Return, or help out some citizens of Riften).

Despite her intimidating appearance, Mjoll the Lioness has great convictions and you can quickly lose her as a follower if you have a bounty placed on you in Riften.

Weirdly, she has an affinity for magical staves. Choosing to wield any in her inventory, rather than a two-handed weapon. She does happily dual wield staves and is very competent with them.

Overall though, Mjoll is a stalwart of a follower, being invincible and wearing heavy armor well. No other follower will provide as good as a front-line for your character. 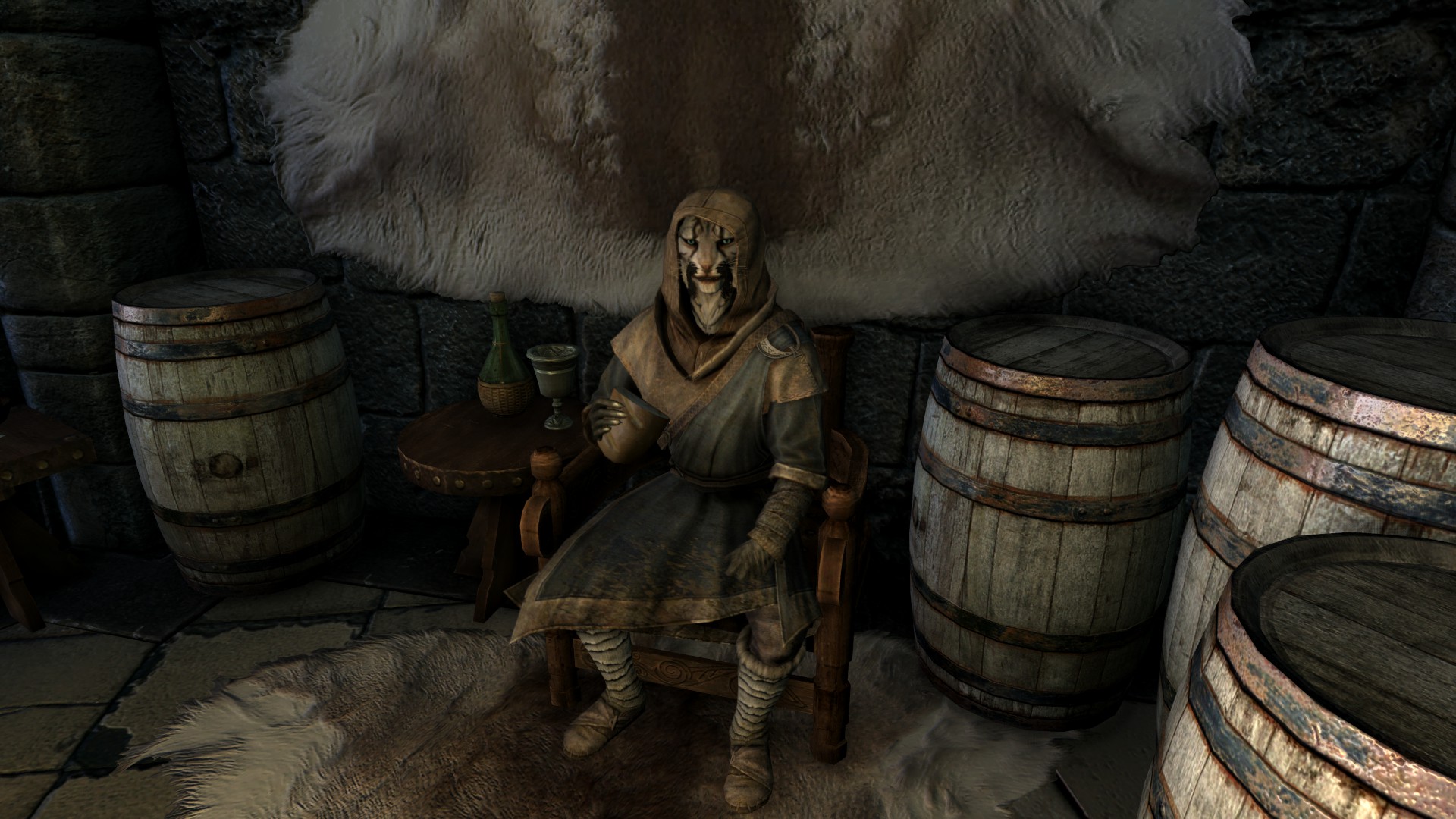 Invincible: Yes (can be player killed)

Where to find: College of Winterhold, most likely the Hall of Attainment (left door after going through the gate). Complete the 2nd quest in the main College of Winterhold quest-line, then you can speak to J’Zargo to unlock the J’Zargo’s Experiment quest which, upon completion, will unlock him as a follower.

Bizarrely, J’Zargo has no level cap, making him potentially the best follower in the game, by some stretch.

He’ll keep gaining max Health/Magicka/Stamina as he levels up, which combined with heavy armor, makes him one of the tankiest followers in the game.

In addition to such fortitude, his spell prowess will also increase, he hits incredibly hard at high levels.

Note: if you have the Unofficial Skyrim Patch mod installed, his level is capped at 30.