Circlets are a criminally under-valued equipment type in Skyrim, able to placed over many hoods and masks like those from Dragon Priests. You can also enchant them to boost utility or combat effectiveness.

Most players don’t enjoy the aesthetic though, preferring a helmet instead. If you’re a melee tank/warrior, circlets provide no armor so you’ll want to look away now.

If you’re a magic user or role-player, circlets are well worth using. Due to how rarely players go for them, little discussion is had in the community regarding the best circlets.

I’ve looked through every circle in the game and I can comfortably say I’ve built a list of the 10 best!

Note: many of them require an enchantment. What enchantment you apply is depending on your character and play-style. 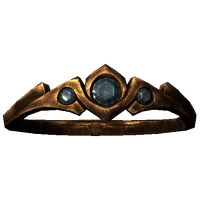 Few unique circlets exist in Skyrim, so this list will be mostly populated by non-uniques. Rankings will be dependant on value and appearance, as you’ll generally want the best looking and most expensive circlets.

Copper & Sapphire are a nice mixture and this is the only Copper circlet on the list. A nice base selling value means you should always pick them up when you can! 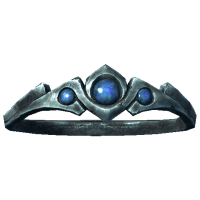 Coming into the more luxurious entries is the Silver & Moonstone circlet.

Looking more like a crown, it’s a fitting prize for any would-be role playing king. 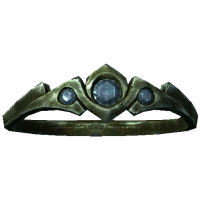 Personally I’m not a huge fan of Jade items, the green pigmentation doesn’t look great for me.

There’s no denying its value though, with it selling for a high amount despite how common it is to find as loot. 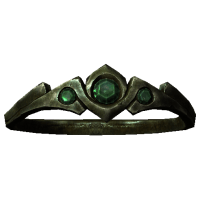 For a true green nature look, the Jade & Emerald circlet is the best in the game.

No other head-piece combines as much green into one item, it’ll be your go-to headgear for any kind of nature based aesthetic. 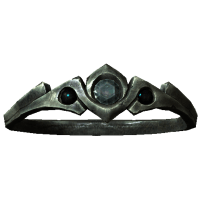 Appearing more as a darker, richer set of colors, this circlet compliments all kinds of armors and robes.

A neutral silver and barely visible blue will look awesome regardless of the rest of your equipment! 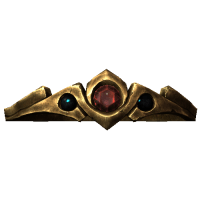 One of the more crown-like variants, Gold and Rubies go so well together, in Skyrim and Real life.

A whopping sell valuation is justified by its beauty. When it’s enchanted, the aesthetics really shine through! 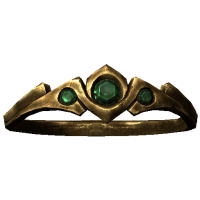 With the highest base selling value of any non-unique circlet in Skyrim, the Gold & Emerald circlet should be sought after as much as possible.

Also sporting arguably the coolest aesthetic of all non-unique circlets too. It should be your best choice for self enchanting your own gear! 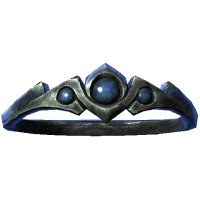 How to get: Complete the College of Winterhold quest called Good Intentions.

Depending on the level you obtain it, the Mage’s Circlet grants between 20 and 70 extra Magicka. Acquiring it a high level doesn’t guarantee a high Magicka boost, it’s completely random.

Looks wise it resembles the Silver & Moonstone Circlet (ranked 9th on this list). And of course the enchantment isn’t exactly amazing but for your early adventures without the ability to enchant stuff yourself, this circlet is amazing!

2. Diadem of the Savant 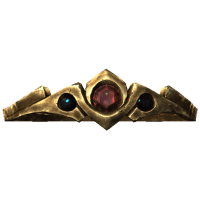 How to get: Commonly spawns at Froki’s Shack.

The only circlet is the game that actually provides an armor rating, of 7. Such a small boost is actually pretty nice, as is the enchantment that reduces all spell Magicka costs by 5%.

Yet another exceptional early game circlet, it does lose value as your level increases and Magicka costs become huge. However, as a general all-rounder, there’s only one other circlet in the game that can best it.

How to get: Craft at the Aetherium Forge during the Lost to the Ages quest.

Possibly one of the best items in the entire game to be honest, the Aetherial Crown has a mind-bending enchantment. Standing Stones grant special abilities, such as reducing armor weight to 0, increased Health/Stamina/Magicka regeneration and faster skill increases. You’re limited to one Standing Stone enchantment at a time, unless you’re wearing the Aetherial Crown!

Wearing the Aetherial Crown and activating a Standing Stone will apply the new effect while also retaining the old one. Good luck getting it though, obtaining this circlet requires hours of play-time & the conquering of many dungeons.