Chests are your bread and butter income in Sea of Thieves. No matter what trading company you’re following, the quest you’re on or the event you’re tackling, you’ll end up with chests on your ship.

After an hour or two of plundering, you may encounter many chests and have quite a stockpile. Then it’ll come to a situation where you need to hide them (if you’re being attacked), or turn them in.

Knowing the best and most valuable chests is basic knowledge in Sea of Thieves, you should be fully aware of how much each one sells for. 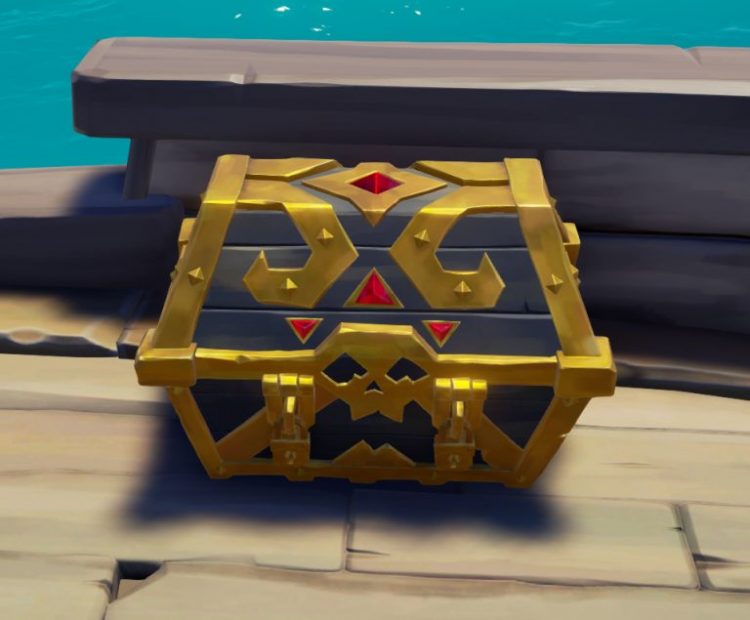 By far the most common chest on this list, Captain’s Chests are found in most voyages, islands and treasure maps.

Captain’s Chests are common amongst those barrels, as well as every other generic loot pool (like Megalodons or Krakens).

9. Chest of the Damned 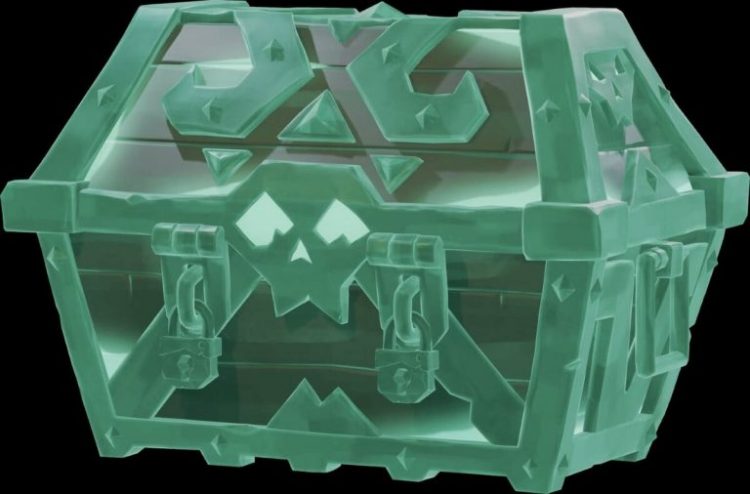 Many of these ghostly chests can be retrieved from ghost ships, either during voyages given by the Order of Souls or from world events such as Flameheart.

Ghost fleets are one of the most fun events you can do in Sea of Thieves. Especially solo!

As such, collecting these chests after a hard-fought naval battle is immensely satisfying. 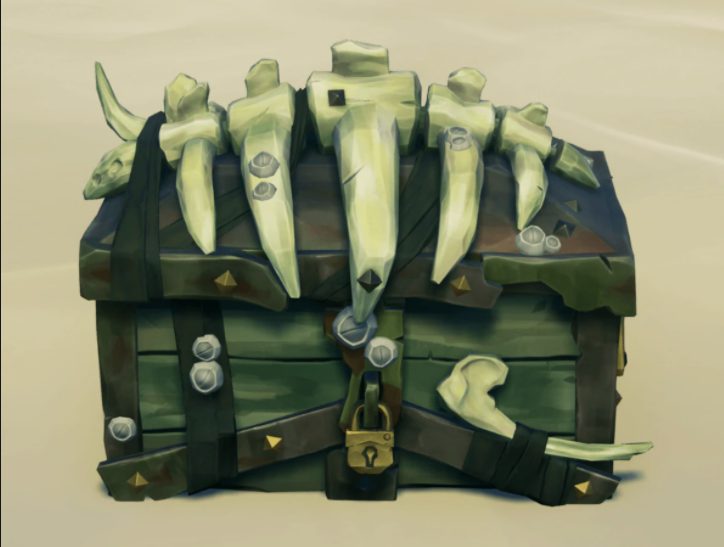 Whether it’s frustrating or a nice surprise for a skeleton ship to emerge right next to you on your travels, you can’t deny the severity of their loot.

Sinking one will most likely yield the above chest, with 8 guaranteed for sinking a skeleton captain ship.

Megalodons are also said to enjoy eating these chests.

Insane value comes at a price, placing a Chest of Rage onto your ship is asking for trouble.

You see, over time, this chest heats up. Like, heats up a lot!

To prevent it from dousing your entire ship with flames, you’ll need to keep a steady supply of water thrown over it.

If you want to risk it, you are guaranteed to find a Chest of Rage in the Molten Sands Fortress vault, during a Fort event.

You also have a small chance of digging it up via treasure maps or even in shipwrecks! 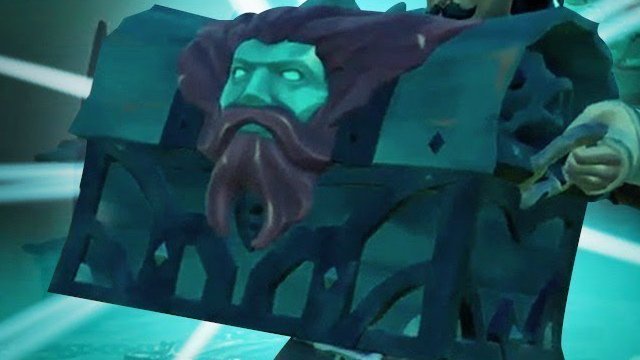 Similar to the previous entry, the Chest of Sorrow will cry, instead of producing flame.

As such, it’ll fill your ship up with water. Very annoying to deal with, yet it’s a lot easier to bucket out water than it is to constantly retrieve water from the sea to put out a Chest of Rage. 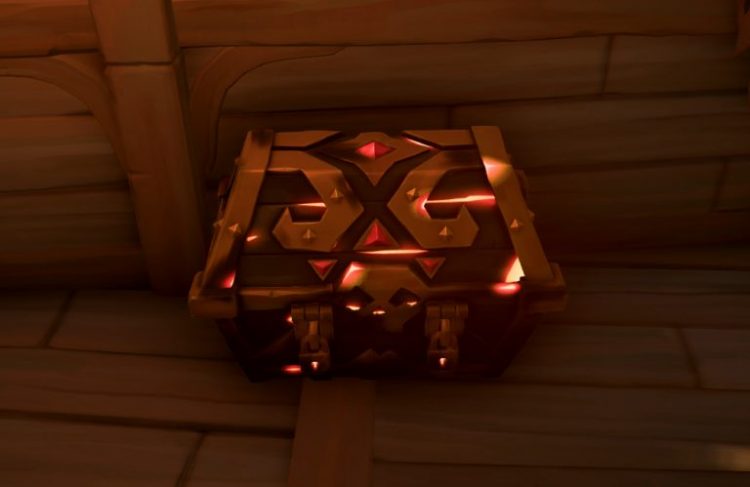 Most likely found through Devil’s Roar voyages or tucked away on Devil’s Roar islands, Ashen Captain’s Chests fetch a high price among the Gold Hoarders.

Molten Sands Fortress has a decent chance of spawning one upon completion of the Fort event.

In terms of locked, unopenable chests, this one is the best Ashen chest you can get your hand on.

4. Chest of a Thousand Grogs 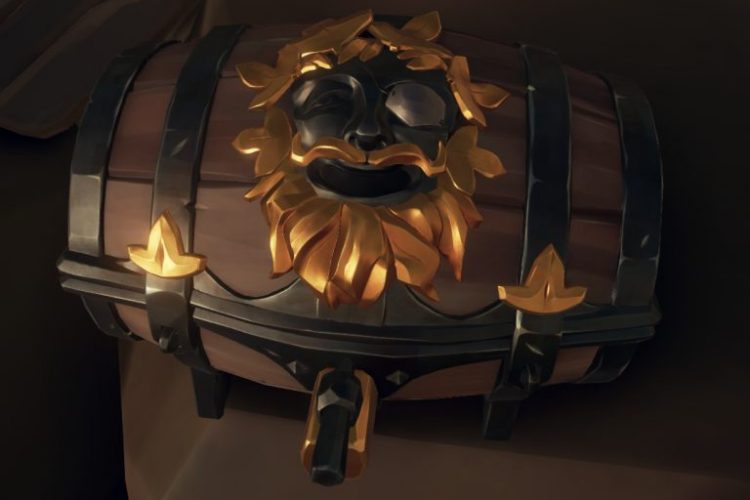 One of the most unique chests in the entire game, the ale stored in this barrel must be extremely potent. Just carrying it is enough to send a sailor drunk.

Found all across the Sea of Thieves map, it has a small chance of being dug up, or rewarded as loot for various events and voyages.

Be careful when turning it in. If another player spots you, he’ll have a free shot at killing you and taking it for himself! 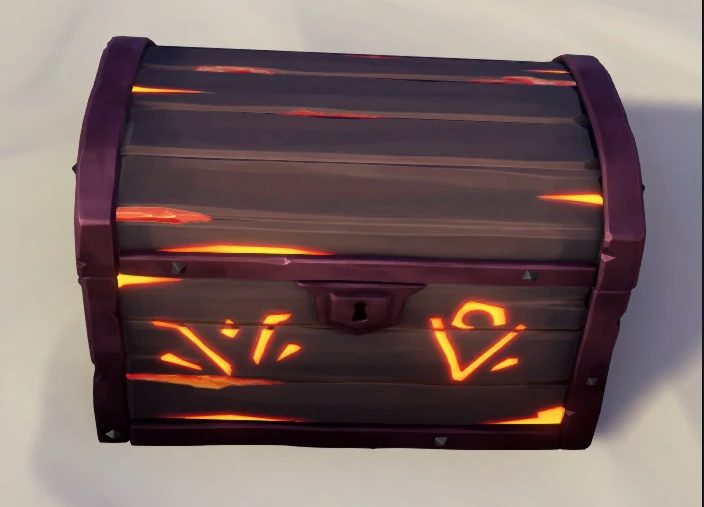 Requiring an Ashen Key to unlock, the Ashen Chest can provide up to 5000 gold coins, just from the treasure inside (most likely around 2500 though). It also has a chance to contain valuable Ashen Tomes (used to unlock the Ashen Dragon cosmetic set).

1 is guaranteed from a skeleton Fort event, 2 from a captain’s ship of a skeleton fleet. Ashen Lords are powerful bosses that dropped an unlocked Ashen Chest.

Side story: my first time booting up the game. On my first voyage, I actually encountered an ashen keymaster. Killed it, got the key. Googled it, saw how valuable it was. Then…server gave the message “Server will restart in 15 minutes” 🙁

Providing the biggest emissary boost of all chests in the entire game, Stronghold Chests are highly sought after pieces of loot.

Skeleton Forts are where you have a 100% chance of finding 1, or 2 in the Fort of the Damned.

Very hard to get, forts are no easy obstacle to overcome. Waves of skeletons armed with cutlasses, guns and gunpowder barrels. All followed by a powerful boss. 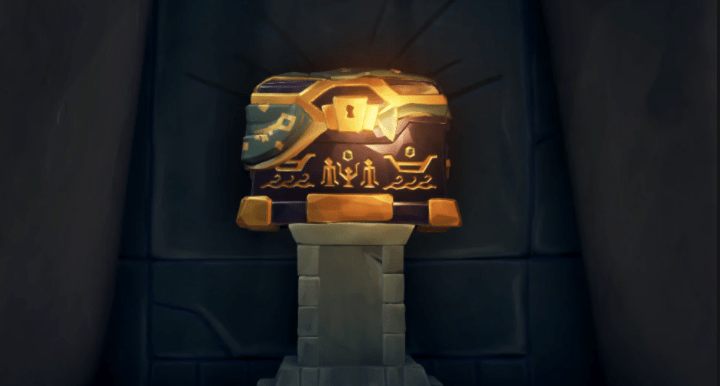 No other chest can consistently stock up your gold pouches as much as the Chest of Ancient Tributes. To even think of obtaining one, you need to go through a grueling set of challenges.

Located in a Gold Hoarder Treasure Vault, you’ll need to go through a variety of steps before you can set your eyes on it. Basically, get yourself a Wayfinder Voyage.

Such a chest won’t be possible to find, outside of these vaults, so focus on the previous options if you’re intending on farming.

Otherwise, if you just want the bragging rights of holding the best chest in the game, you’ve found it!