Riot Games’ Legends of Runeterra is a new online TCG, taking inspiration from other successful titles while introducing their own unique twist on things. Champions are one of the more unique entries, being potent units that can turn the tide of a fight.

Basing decks around certain champions is a sure-fire way of being successful and climbing that ladder. Some champions are difficult to use while others are very simple, making a wide variety of deck types possible for players of all skill levels.

I’ll be going through the 10 best champions in Legends of Runeterra. Rankings won’t simply be based on “what is best right now”, instead it’ll focus on all aspects such as difficulty, deck cohesiveness, raw strength and of course, competitive prowess.

I do recommend you obtain at least a copy or two of each of these champions though, it’ll make sure you’re at an advantage for many ranked seasons to come. 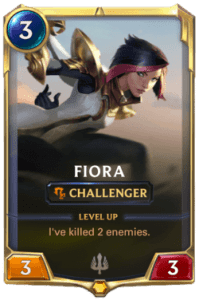 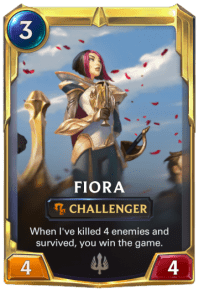 Fiora is an excellent early game threat, requiring the murder of 4 enemies to straight up win the game. Supporting Fiora is easy, both during the early stages and during the late game. Utilising cards to grant her the Tough keyword, boost her stats or cause her to strike multiple enemies is essential.

A low health amount means she’s vulnerable during the mid to late game, so building decks around her specifically is not recommended, unless you’re confident you can force the issue early.

Overall, Fiora offers a win condition in her levelled up state and is well worth incorporating into Demacia based decks! 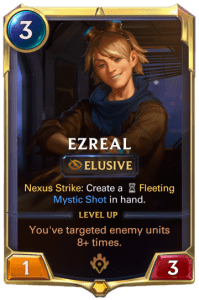 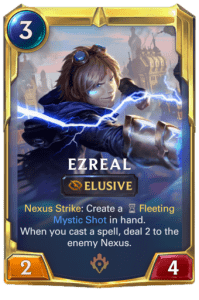 The go-to spellslinging champion, Ezreal excels in spell-based decks. Mystic Shot is a powerful spell, dealing 2 damage to a unit or Nexus. Alongside his upgraded form, Ezreal can hit the enemy Nexus for 4 damage total, then gets an additional Mystic Shot to hit again.

Of course, reaching that level up can be tedious so support is required. As an Elusive unit, hitting the enemy Nexus and getting those sweet Mystic Shots in hand is easy. Protecting him from enemy spells is the tough part. 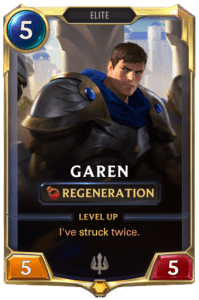 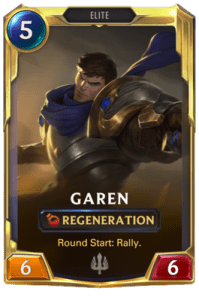 My personal favorite, Garen is a great all-rounder. While he won’t carry games by himself without support, summoning him will give your opponent a big threat to deal with. Buff up his stats with the many Demacian support cards available.

A combination of Rally with Scout units can be an effective combination. Otherwise, throwing Garen alongside a ton of Elite Demacian units is another great strategy. In higher ranked games, Garen can be dealt with quite easily (similar to Garen in League of Legends) so use it to carry you out of low ELO. 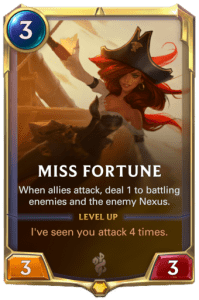 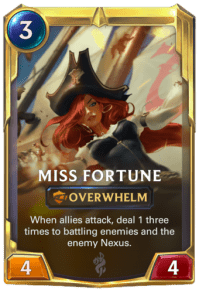 Great stats all-round, as well as a tendency to hit the enemy Nexus hard. Pirate themed decks do tend to be too unreliable, which is justified since Miss Fortune would be crazy overpowered if not.

Scouts, Elusive and Rally units are quick ways to get Miss Fortune upgraded. Afterwards, it’s pretty much GG with the right support in the form of powder kegs and protection. 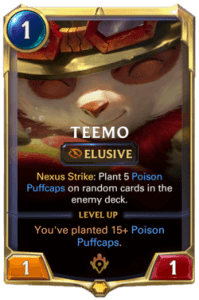 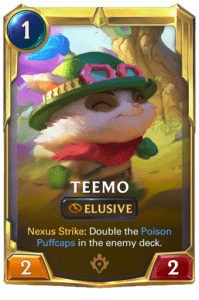 Teemo’s annoying play-style makes its way into Legends of Runeterra, there’s little escape for any Riot Games fan. Currently the only 1 cost champion in the game, this unit is amazing for the first round. A general annoyance, your opponent will often spend a lot more mana than usual to get rid of it.

I’ve found a deck based around puffcaps is actually pretty bad. You can make it work for sure but other options are far better for competitive play. Teemo is worth incorporating as a early utility kit though. 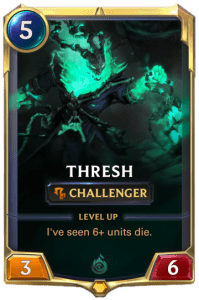 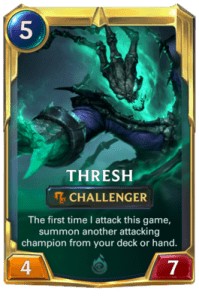 Thresh’s upgraded form is absolutely crazy, summoning other champions is an insane skill, especially combined with the likes of Zed or Elise.

Shadow Isle based decks are your ideal choice if you like throwing hordes of undead at your opponent and Thresh thrives in this environment. 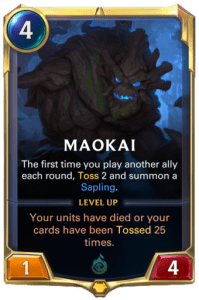 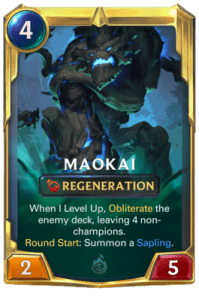 Low stats are off-set by amazing abilities. Summoning Saplings constantly is awesome, as they have the Challenger ability, so they can snipe particularly annoying units. Upon levelling up, Maokai renders your opponent’s deck pretty much useless.

Don’t use him in combat unless you can get a free attack or he’s levelled up. Maokai can have low health, even after battling low-cost units, so keep him on your back-line until he’s levelled up. 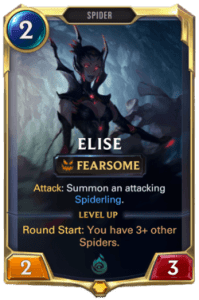 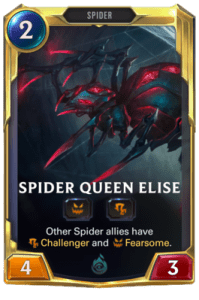 For dominating the early game and securing quick victories, no other champion is as good as Elise. Spiderlings are so easy to summon in high amounts, granting them all Challenger and Fearsome is game-winning at times.

Basing a whole deck around her isn’t recommended as she can be vulnerable to early sniping. Getting your opponent to use all their mana dealing with her is your best bet. Once you get to your mid-late units, you’ll be in a much stronger position than your opponent. 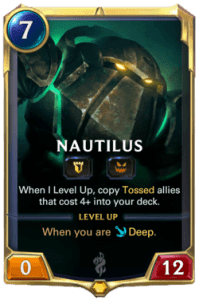 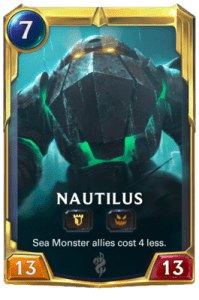 Boasting the highest mana cost of almost any champion, Nautilus is an absolute beast of a unit. Huge stats, nice keywords and the ability to summon swathes of powerful sea monsters. Reaching the Deep status is remarkably easy.

Being restricted to sea monster based decks is a downside though, as it’d be interesting to see what decks would be created if he had a more general ability. 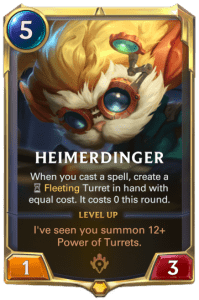 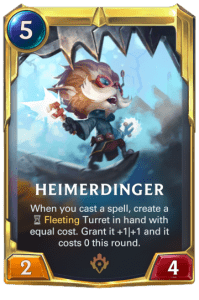 Heimerdinger based control decks are considered one of, if not the strongest decks out there. There’s something so OP about utilising a spell to wipe out enemy units, only to get free turrets in your hand. The turrets he summons have all kinds of stats and keywords, being useful in most situations.

Filling a deck full of spells and relying on the Donger for units is a good strategy but also a risky one. So many times you can be wiped out early, so fortify your deck with early units (such as spiders) to come into the mid-game with a healthy board.