Sea of Thieves can be a relaxing, chill game where you roam the seas unhindered and collect valuable plunder without a care in the world.

Until an enemy ship approaches, or a skeleton ship arises from the depths!

Having a steady supply of cannonballs is important to tackle such threats.

Most of these can be found in barrels across the map. Several are even located in out-post barrels so always make sure to loot the islands you spawn on.

Being able to steadily supply yourself with special cannonballs will make your travels far safer. 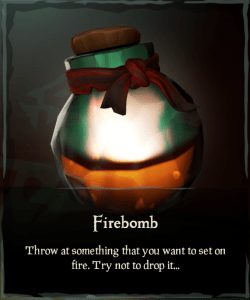 Commonly stockpiled from looting a few islands, firebombs are an effective way of killing crew members, or zoning off vital points of ships (such as the wheel or cannons).

It’s best to firebomb a ship before hitting it with cannonballs, as enemies can use the water from cannonball holes to put the fires out.

Ghost ships may provide a similar ammo type in the form of the Flame Phantom Cannonball. Although they work in the exact same way, they just look different. 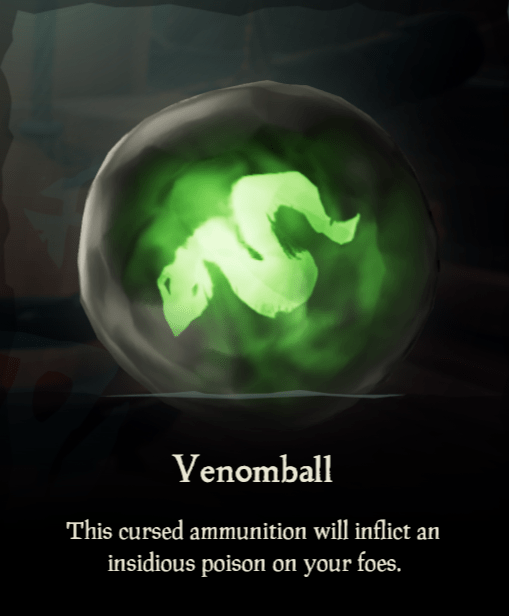 Hitting any part of the ship will inflict all enemies with poison, dealing no damage to the ship itself.

Poison is nothing more than a nuisance to be honest, forcing them to munch some food and take cover. But it can buy you valuable time if needed.

Venomballs are just as effective against skeletons as they are players, dealing damage to an entire galleon skeleton crew at once is pretty nifty. 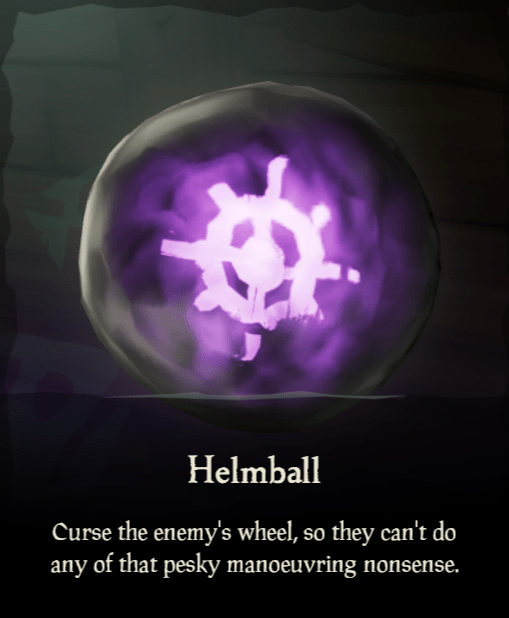 Good maneuvering is an effective way of dealing with enemy ships, keeping yourself with an angle to fire upon while they can’t shoot back.

Helmball helps immensely in this regard, locking the ability to turn the wheel.

Especially effective when close to islands, shipwrecks or reefs, beaching an enemy ship is an instant win. 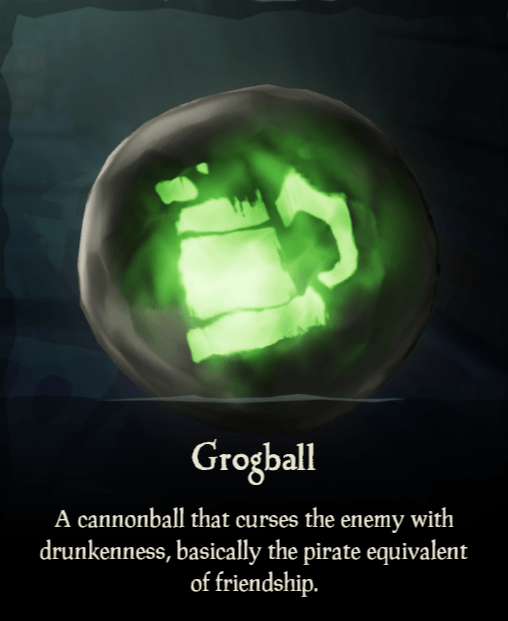 You’ll notice all green colored cannonballs only affect players, they don’t do damage to ships.

Grogball can severely hamper the aim and ship maintenance capabilities of enemy players.

Watching one of them fall off the ship while trying to man a cannon is hilarious! 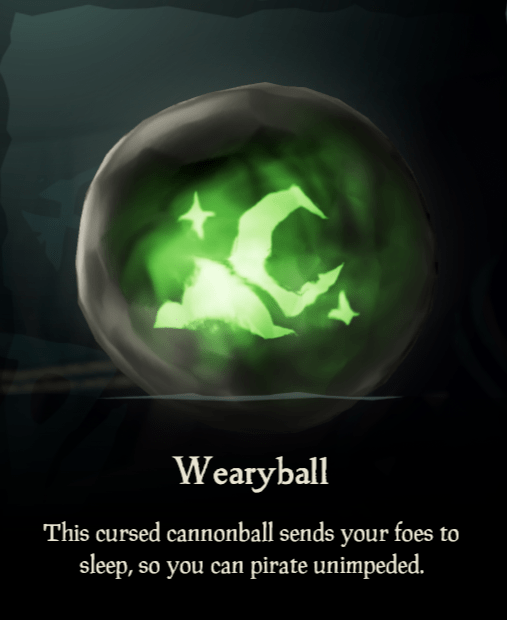 Only lasting a few seconds, Wearyball is another great way of impeding your enemy’s attempts to conduct warfare. 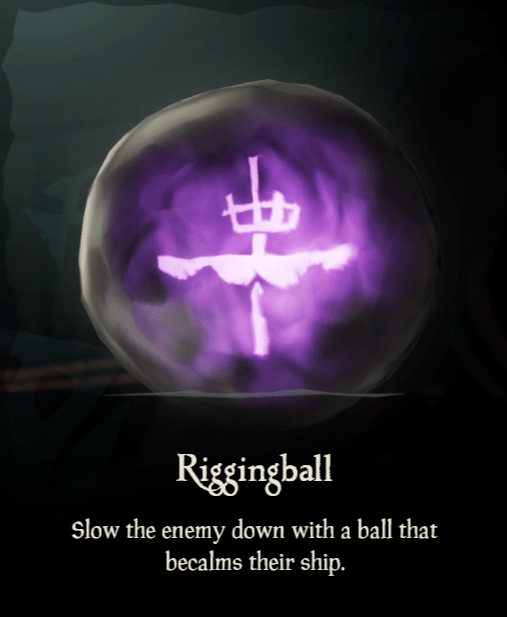 Dealing no direct damage to ships, or players, the Riggingball raises the sails of enemy ships to bring them to a standstill.

The sails can immediately be lowered, though. So use a ball like this in conjunction with others, make sure they can’t raise their sails! 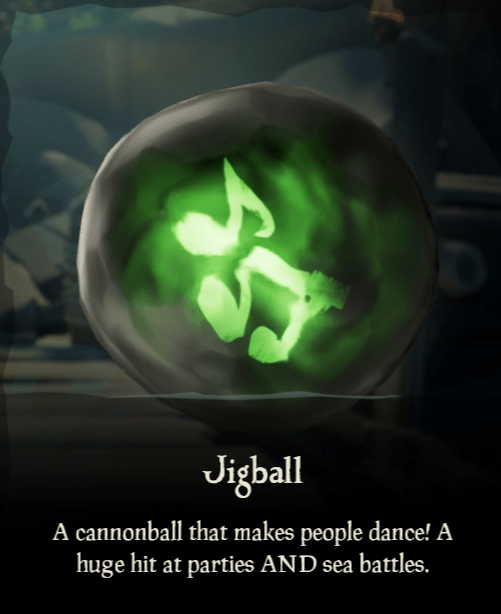 There’s nothing quite as annoying as being forced to dance while you’re trying to repair, or return fire on an enemy ship.

As well as rendering the crew incapacitated, multiple Jigballs can cause high amounts of tilt.

Making your opponents frustrated is a criminally under-rated way of conquering PvP battles. 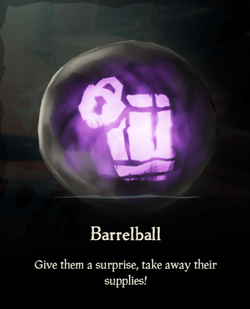 A few cannonball or firebomb hits, followed by a barrelball, will cripple an entire ship.

Not being able to access wood or food is huge, if timed correctly, as the effect only lasts a few seconds.

Consecutive hits will simply take a crew out of the fight completely, as they scramble to figure out what to do. 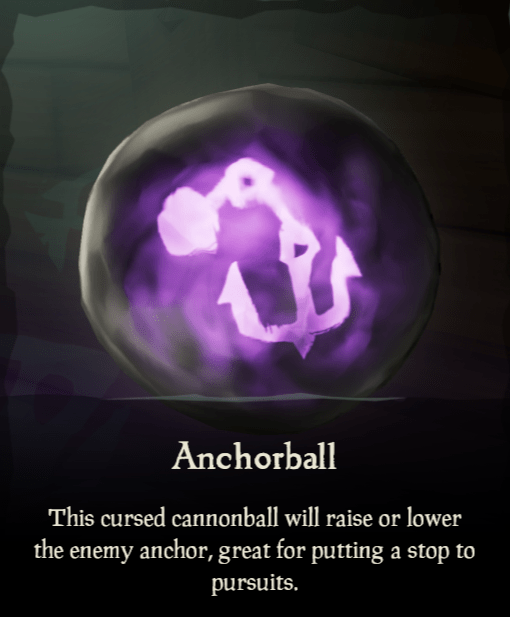 Putting a stop to enemy movement, even for a few seconds while they raise their anchor again, gives you a significant advantage.

Great for ambushes against enemies tackling ghost, skeleton or other player ships.

Also great against anchored ships outside forts or outposts. Raise their anchor, try to lower their sails and easily take their ship. 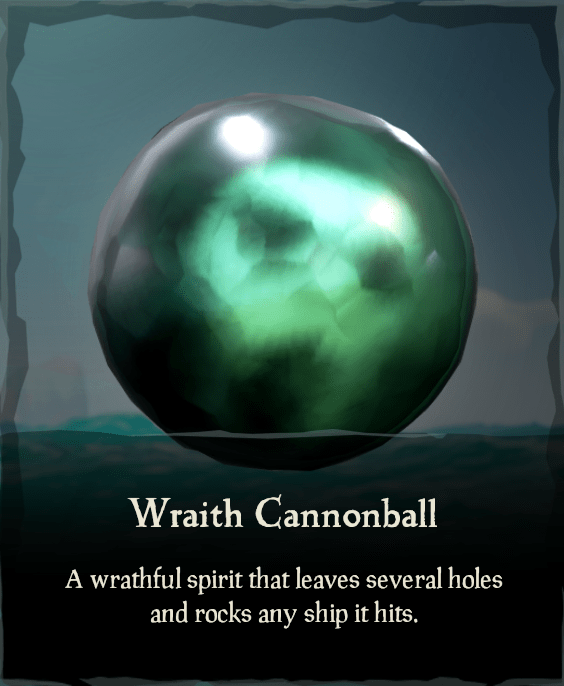 By far the most powerful cannonball in the game and unavailable via barrels, Wraith Cannonballs should be saved for dire situations.

Found only in Cannonball Crates of the Damned, you’ll need to tackle ghost ships to get your hands on this ammunition.

Hitting a ship for several holes is the perfect way to start of a fight, especially when used alongside the previous entries on the list.

You’ll have a bunch of players hating you, or the easiest skeleton ship fight of your life!