With the gaming community moving away from expensive DLCs that splits the playerbase and empties your wallet, the Battlefield developers have produced new ways to monetise their games. One of them is with cosmetics that don’t affect gameplay, allowing you to kit out your character in many different ways. I’m a huge fan of this, I don’t spend money on cosmetics but it’s nice to unlock some every now and again.

Many Battlefield players enjoy the immersive side of things. Previous titles, such as Battlefield 4 and Hardline, severely lacked in the thematic department. However, World War 2 i the ultimate immersive setting. Headgear and helmets are a brilliant way of staying true to the genre, they tend to stand out the most as well.

If you’re struggling to decide which headgear to use, I’ve listed 10 of the best available to the Axis faction. Don’t worry if you don’t have many of them on this list, I’ll tell you how to acquire them (if you still can)! How to unlock: Purchase it using 2800 coins

Of all the “common” level headgears available, the Cap is the best, alongside the default Standard Stahlhelm. Abundant across the Axis forces, Caps provide no bullet protection but they were extremely cheap to produce and provided some degree warmth. In-game, if fits the aesthetics perfectly and should be used by anyone who doesn’t prefer helmets on their characters. 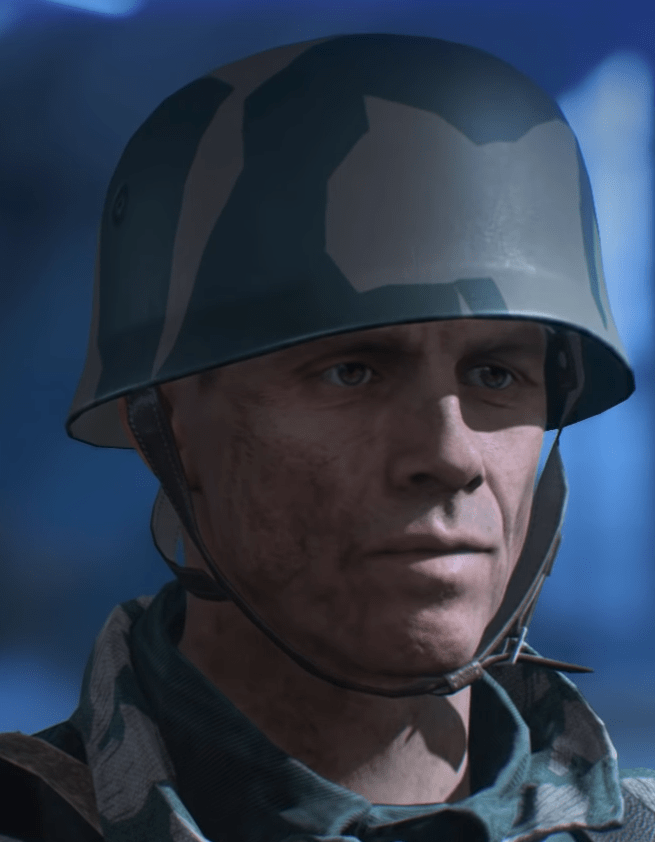 The Standard Fallschirmjäger (available for 2800 coins) is exactly the same as this entry, only without the camouflage paint. Very few headgears incorporate camouflage onto them, I’m actually surprised they haven’t added it yet, as other clothing pieces have different camouflages available.

It isn’t adaptive but on the right map, equipping it and the rest of your clothing with forest-like camouflage can genuinely help you blend into your surroundings! 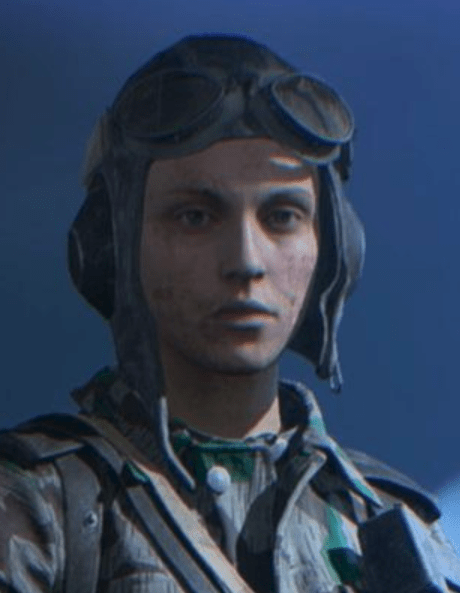 Clearly a pilot appearance, the Jagdfliegar headgear piece is rarely seen on the battlefield but it’s criminally under-rated. General soldiers wouldn’t be given this as standard of course, instead you can immerse yourself as a downed pilot of sorts, fighting where you aren’t used to. 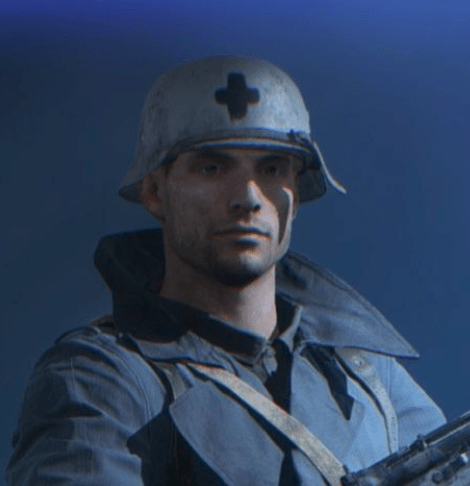 If you’re a huge medic player like me, the Sanitäter helmet is perfect for you. I didn’t get any Veteran/Deluxe tokens so I’ll probably never own it which sucks, but if you already have it, make sure it’s equipped on your medic class!

No other headgear piece resembles a specific role like this one, we don’t even have one for recons. How to unlock: Complete the Assault Mastery I assignment

Combining a number of characteristics into one. Goggles were used to protect eyes from sun glare from snow, with the neck-warmer of course being to prevent frost-bite.

It is quite immersion breaking on anything other than snow maps though. I’m hoping for a new feature that allows for different aesthetic load-outs on different maps. How to unlock: Complete the Medic Mastery I assignment

Just like the previous entry, only Veiled Threat replaces the helmet with a cap. Less bullet protection was fine for some soldiers, the cold was just as dangerous as bullets. I’m a much bigger fan of this headgear piece for snow environments. The cap and goggles are particularly cool. How to unlock: Complete the Support Mastery I assignment

Considered a community favorite, Hades is enjoyed for its easiness to obtain and rugged appearance. Another snow-based aesthetic, the goggles make the whole headgear piece look so good. You’ve likely noticed this helmet a lot, it’s easily the most popular Axis headgear in the game! How to unlock: Complete the Recon Mastery I assignment

My personal favourite, I really enjoy the Officer style this hat has going for it. Obviously it’d be wrong for the majority of players to equip it and have more officers than regular soldiers. Thankfully, this is very far from the case, it’s rarely seen. A more clean looking, high rarity headgear piece is always welcome! 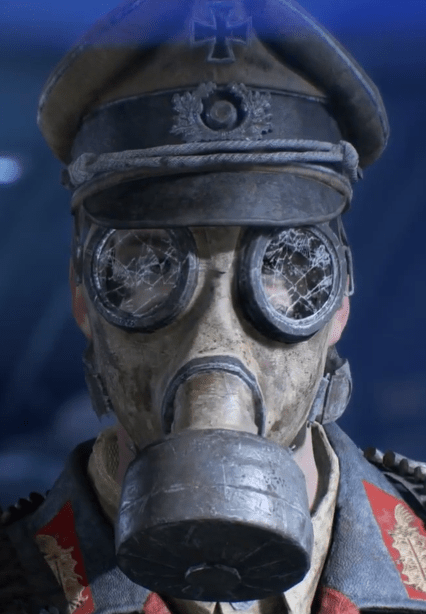 How to unlock: Achieve a chapter rank of 39 during the Lightning Strikes Tides of War

Something like this should surely be reserved for some kind of horror/zombie mode. They’ve released it to the general player-base though and I always find it creepy. The cracked goggles on the gass-mask, combined with the discoloration of the cap, all combine for one awesome headgear option! 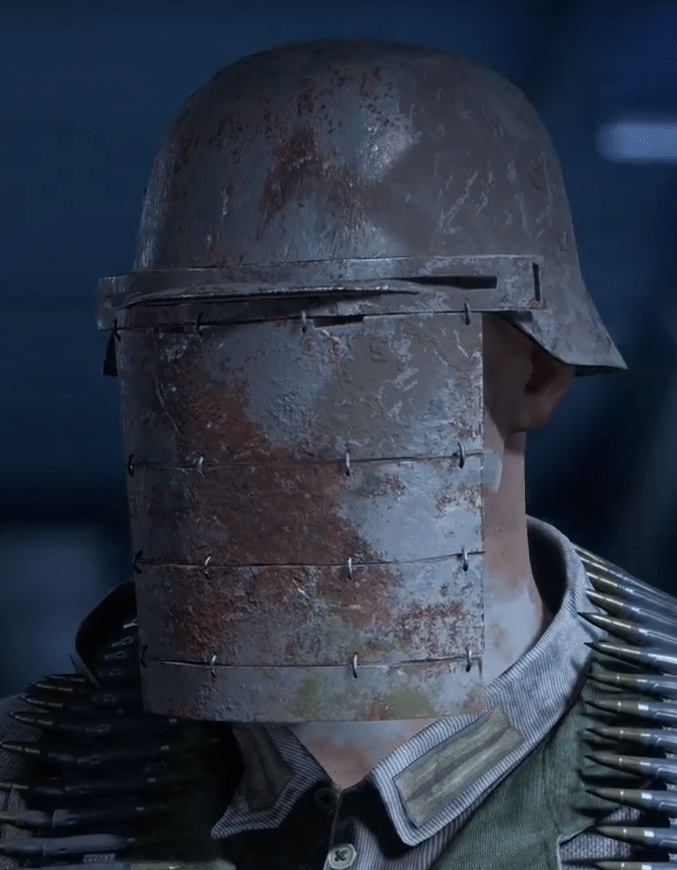 How to unlock: You needed to complete the Week 2 challenges of the Overture Tides of War event

In real life, the Ratburner helmet was more commonly found during World War 1. All kinds of weapons and armour were tested and development during that war, including this one which almost completely obscures all vision. Shrapnel was a common problem during the wars, especially in mountainous regions so having some face protection like this was life-saving.

Thankfully it doesn’t affect gameplay at all in Battlefield 5. It just looks so damn awesome and intimidating!