Artifacts are the staple of any build in Minecraft Dungeons, offering plenty of mobility, strong defensive boosts or powerful offensive capabilities. Mixing and matching certain ones can be a good way get through levels unscathed. Sticking to a core theme is recommended if you’re playing as a group.

With so many available, it can be difficult to decide what to equip. While some work best with specific weapons and play-styles, others are ideal for specific situations and bosses. You feel overpowered when you can get through dozens of mobs with full health but coming up against a Redstone Golem or Enderman can take a life or two away from your run.

I’ll be going through the 10 best artifacts in Minecraft Dungeons. You should have all the info you need to succeed in all aspects of the game! 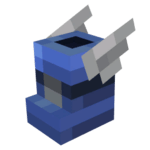 One of the more simple artifacts, boots of swiftness provides a temporary speed boost for 3 seconds or so. As you can imagine, it’s great for getting through maps quickly but also great for out-running mobs or bosses.

Redstone Golems are particularly easy to kite with this artifact. As is the final boss in Obsidian Pinnacle (when it uses its laser beams). 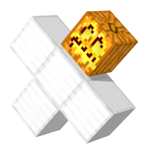 Summoned creatures are pretty terrible in Minecraft Dungeons. They provide low damage, barely attract other mobs and have low health, granted with a low cooldown. You’re far better off with other artifacts, unless you’re interested in the Golem Kit.

It’ll summon an Iron Golem to fight alongside you, which deals heavy damage to each enemy it attacks. Just like the original Minecraft, it comes with a hefty HP pool too so it doesn’t die instantly. 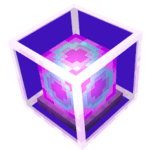 Found quite early on, Corrupted Beacon is the premier early game boss killing artifact. Collecting souls through the map, only to unleash them all in one huge laser beam is pretty awesome, few bosses can survive it.

Once souls are full, it will fire for up to 4 seconds, although it cannot be canceled. This makes it fairly ineffective against mobs as you’ll use far more souls than what’s actually needed. 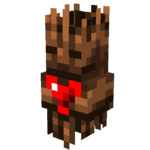 My personal favorite healing item, placing it on the ground will provide a nice healing over time effect for up to 10 seconds.

Combine with healing enchantments on your weapon, place a Totem of Regeneration on the ground and you’ll get through plenty of mobs unscathed.

Also used to top up your health once you’ve gotten to safety. 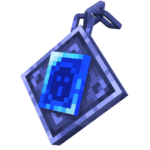 Possibly the best healing artifact available, depending on your play-style. Overall heal amount is slightly less than the previous entry but it comes in one huge burst, instead of over time.

So, against bosses or other hard-hitting creatures, the Soul Healer is preferable.

Using souls to charge its uses can be a detriment though. It’ll mean you’re risking running out of souls if you have offensive soul-based artifacts equipped too, although that can be minimised with a full soul build. 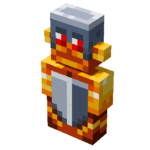 One of the few must-have artifacts for an archer build, yet also amazing on almost any other play-style. Totem of Shielding will block all incoming projectiles for up to 10 seconds, depending on power level.

Getting swarmed by ranged mobs is a frustrating situation to be in. Well, until you plop one of these on the ground!

Useful versus the Heart of Ender, this totem actually blocks its lasers! 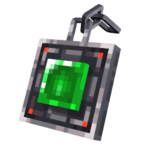 Upon activation, the Iron Hide Amulet will reduce incoming damage by 50%, lasting for up to 15 seconds with a 25 second cooldown (unaffected by cooldown reduction).

In a tank build, alongside other items (such as armor to reduce incoming damage by 35% and the Radiance weapon enchantment), you can become almost unkillable. Perfect when you have a team-mate alongside you to deal damage! 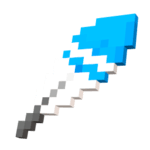 Mobility is highly important in any dungeon crawler game, none more so than Minecraft Dungeons. The Light Feather provides an additional “roll” while also stunning nearby enemies for up to 5 seconds upon landing.

With a pitifully low cooldown, you can feather jump as much as you can roll. Essentially doubling your mobility. The stun doesn’t work on bosses but is nice for escaping or chasing down pesky ranged mobs. 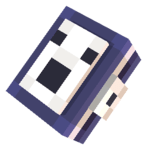 For a huge – no, massive explosion in a radius around you, look no further than the Harvester. There are few methods of dealing such high damage in a large area in the entire game.

Combining a Harvester with a Light Feather and Speed Boots will allow you to traverse the map quickly, blow up entire hordes of mobs and have a fighting chance against mobs. I love this method, you could mix and match an artifact or two to tailor your specific play-style though. 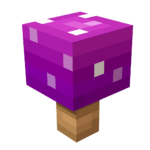 Considered by many in the community to be the premium artifact to develop builds around. There’s even a double Death Cap build, purely due to how much attack and movement speed it grants.

Players are constantly trying to find a way to maximise uptime, so much so that there’s plenty of builds out there to have a near 100% uptime Death Cap.

Easily smash through mobs, bosses and animals while this artifact is activated. Just make sure the rest of your build provides some form of healing!