Getting a strong early game board is relatively important to the majority of deck builds in Legends of Runeterrra. Even taking 3 or 4 damage early in the game can have devastating consequences later on.

To circumvent this, you’ll want at least a handful of 1 cost units in your deck. Such units can be used to protect yourself, or even knock the enemy nexus down a few pegs.

Rankings won’t depend on how strong a card is with a particular strategy (Dreg Dredgers, for example, are insanely good, but only with a Deep based deck). Instead, they’ll depend on general effectiveness, with and against all decks. 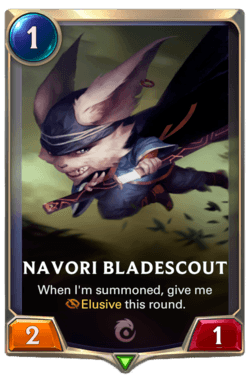 A 2/1 unit with elusive when its summoned? Easy damages. Not just great early on, getting one or two of these into play while the opposing Nexus has low health can turn the tide of a duel.

The elusiveness only lasting the round it’s summoned is a downside, keeping it at number 10 on this list. 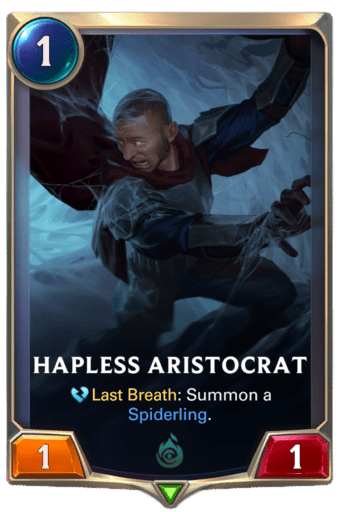 A double act of two 1/1 units in one card, Hapless Aristocrat is well known in the LoR community. Simply providing blockers can be invaluable, but it also fits into plenty of decks that love to see their followers killed.

Utilising it alongside other cards that require an ally to be sacrificed can maximise efficiency. 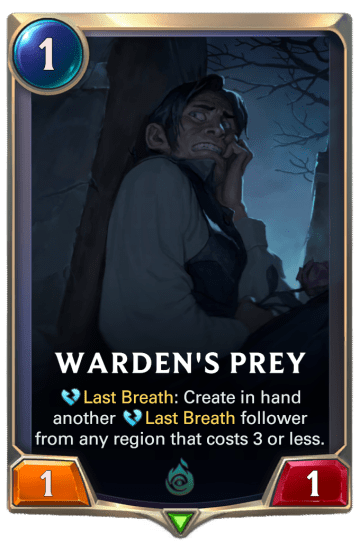 Like the last entry, Warden’s Prey is an amazing card for retaining hand/board advantage. While sometimes it can give you a follower that isn’t particularly useful, you’ll usually get something beneficial.

For just a cost, you can slam it into an enemy 1 health unit to get an easy kill and keep a follower in your hand. 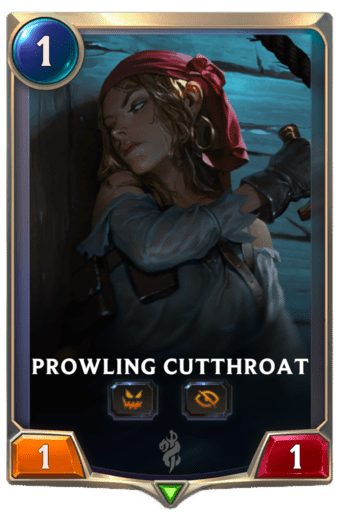 For forcing your opponent to spend considerable mana to remove, Prowling Cutthroat is a must-have for many decks that need some early damage. Being Fearsome and Elusive allows it to continuously hit the opposing nexus, round after round. Buffing this follower with a spell or two can lead to an early victory. 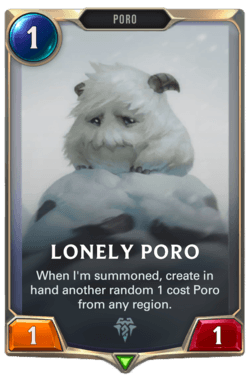 Almost all poros are excellent early game units but I only included one in this list. Lonely Poro is the unit to get more to your hand. Not only useful in poro based decks, but you can also come into the mid-game with plenty of health due to how reliable poros are! 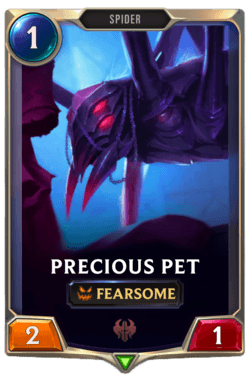 Few things are as annoying as your opponent summoning 1 or 2 Precious Pets. You’ll find your nexus down to almost half health soon after. On the flip side, getting one or two in your own opening hand is crazy good.

Even without support from other spiders, it’s well worth incorporating a bunch of Precious Pets in any deck containing Noxus units. 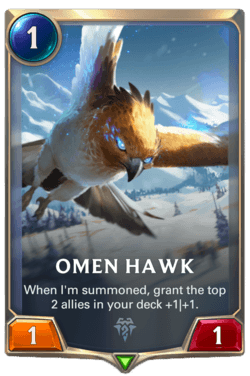 A staple in many decks, Omen Hawk gives you the quick early boost you need but also translates into the mid-late game well. A simple +1/+1 boost might not sound like much but it can secure you the early game, or even a victory in some cases. 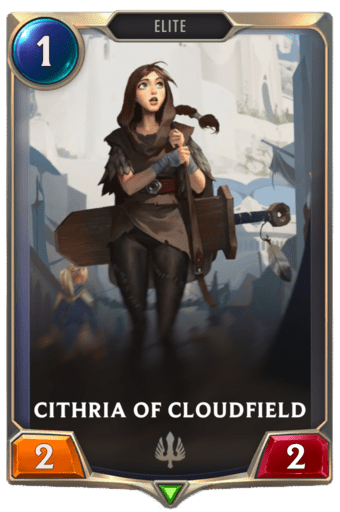 Boasting some of the highest stats seen for a 1 cost unit in the entire game, Cithria is another staple of any deck containing Demacian based cards. Being an “Elite” allows it to blend into Demacian strategies easily, too.

Above all, a 2/2 unit for 1 cost is just awesome, Cithria can often take down 2 or even 3 mana worth of units before she herself bites the dust. 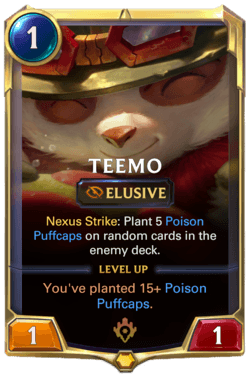 As annoying in Legends of Runeterra as he is on the Rift, Teemo can cause major damage at all stages of the game. Puffcap based decks are pretty much a meme at the moment but don’t let that deter you from including a Teemo in any deck containing Piltover/Zaun cards. 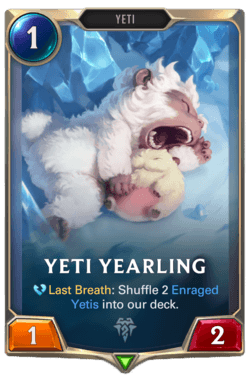 Enraged Yetis are a 1 cost, 5/5 strength unit. Getting 2 of them in your deck is crazy good, giving you a massive boost when you need it. Of course, you may not see them for a while so there is a risk to be taken, however the sheer power these yetis provide once you get them is epic!