Regardless of your main play style in 7 Days to Die, every player needs a couple of guns handy.

They’re found constantly throughout the world, are given as quest rewards, and are perfect for killing groups of zombies.

Every weapon type has its use, with different drawbacks to compensate for their advantages.

You should look to have a few high-tier weapons of each variant, selling or scrapping any others you find.

What is the best weapon combination in 7 Days to Die?

The best weapon combination for your Hotbar is:

This should be your go-to when you’re out and about.

No machine guns are present to save ammunition for blood moons, or high tiered quests. 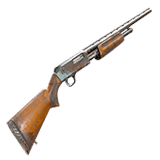 Found early into your adventures, the pump shotgun is a powerful gun to dominate early quests and blood moons.

8 round magazine gives plenty of ammunition to rip through several enemies.

Equip a shotgun tube extender, as well as a choke mod, to concentrate fire in one area. 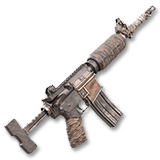 Another fairly early game weapon, the tactical assault rifle is a reliable weapon.

The iron sights suck, at least in my opinion. So equip a 2x scope, or a reflex sight, to help you see your targets.

The problem with machine guns is their tendency to burn through ammunition.

7 days isn’t a typical game where you can find thousands of ammo in a few supply runs.

If you can fire accurately and rarely miss shots, you definitely want to use this weapon. 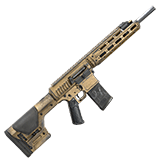 Huge damage allows the marksman rifle to one-shot most enemies to the head.

The low magazine size of 5 is a problem though, especially during blood moons.

A magazine extender mod is mandatory, increasing the mag size up to 7.

Also get a 4x, or 8x scope, to help produce head-shots. 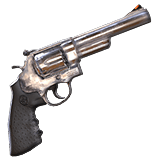 Unlike in real life and other video games, the .44 Magnum is inaccurate at medium to long ranges.

Can be a problem if you have trouble aiming, as the 6 round magazine is very unforgiving.

A muzzle brake and barrel extender are needed here. 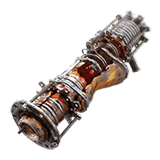 Easily the most fun and expensive weapon in the entire game, there’s something so satisfying about launching rockets into groups of zombies.

But it can’t be done too often, the rocket launcher is hard to find at a high rank, and rockets are very costly to produce.

You can get lucky by finding them in chests during high-tier quest runs.

Definitely save them for blood moons, don’t waste your rockets clearing houses or fighting bears! 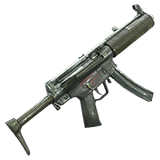 By far the best use for pistol ammo, the ordinary pistol weapon is pretty bad, past the first few weeks anyway.

With the fastest fire rate of any weapon in the game, the SMG-5 is great for close-quarters combat against a myriad of enemy types.

Despite being a sub-machine gun, it shares the same perk attributes as the pistol.

With the Gunslinger perk maxed out, the SMG-5 is one of the best weapons in the game, and arguably the best for taking out zombies like the annoying Demolisher. 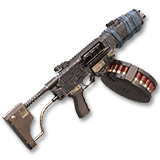 To unleash a devastating carpet of buckshot on groups of zombies, look no further than the auto shotgun.

A whopping magazine size of 16, increased to 24 with the magazine extender, is crazy strong when you consider the damage and fire rate.

With a shotgun choke, barrel extender, and foregrip mod, you’ll have an incredible hip fire weapon.

It does chew through a lot of shotgun ammo but they’re easy enough to acquire. 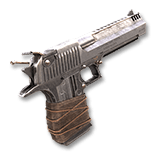 I love any desert eagle weapon in video games, this particular one is quite potent.

Magnum ammo is found by the hundreds, you’ll rarely have to craft it.

While the .44 Magnum has higher damage per shot, the desert vulture is superior in every other way.

Your average zombie will still die to one body shot from this handgun.

Laser sight, rad remover, and cripple em mods are all great for tackling radiated zombies. As it has enough performance to chop through regular zombies without additional mods. 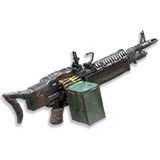 Your premiere zombie killer for tackling swathes of ordinary zombies.

Use with a bipod to increase accuracy while aiming, chill in a good spot and watch hordes of zombies drop. 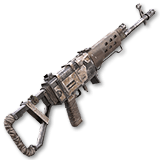 At max Perception, with max Dead Eye perks, a head-shot with this weapon will deal 276 damage. That’s at tier 1.

So a high-tier sniper rifle will basically one-shot head-shot literally any zombie in the game, except the Demolisher, as it has 1000 HP.

A magazine size of 12 is awesome too, you can keep those shots firing.