Structure decks have always been an amazing way of getting started in Yugioh, especially in recent years. They provide you with an almost complete archetype that is usually competitively rogue and effective casually. This hasn’t always been the case though, in years gone by, structure decks were little more than a means to obtain a few staples.

Now though, even those staples are pretty much useless, making their home in your bulk commons.

To off-set the list of the best structure decks, here’s a list of the worst. Each entry is a waste of money, there’s absolutely no reason why you’d want to buy any of them!

I’ve also included a “Most useful card” & “Featured card” per entry, just to show you how utterly useless each of these structure decks are! 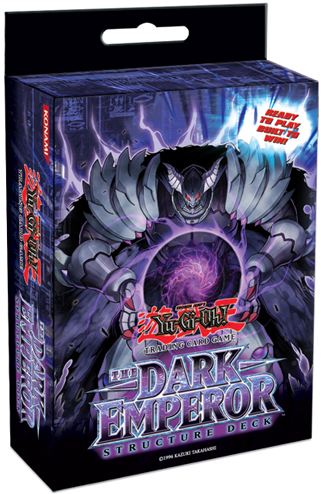 The Dark Emperor structure deck wasn’t actually that bad when it was released, as it upgraded “removing from play” from a gimmick that barely works to a fairly cohesive deck. You got a few decent staples too that are relevant today, such as Dimensional Fissure and Torrential Tribute.

While banish spam decks are now viable even competitively, you don’t get enough for your money with this entry. It’d be much, much cheaper to buy the cards you need individually! 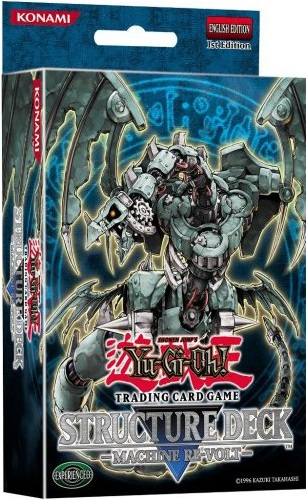 We don’t know what Konami’s love for the Ancient Gear archetype is based off but they’ve released quite a bit of support over the years. It all started with the Machine Re-Volt structure deck, one I’m sure you obtained if you played Yugioh at the time.

Unfortunately it’s bizarre just how bad the cards are, even with it being released over 10 years ago. There’s only 1 card in the entire structure deck you’d like to have, with Mystical Space Typhoon being another shout but really, who doesn’t have 30 of them already? 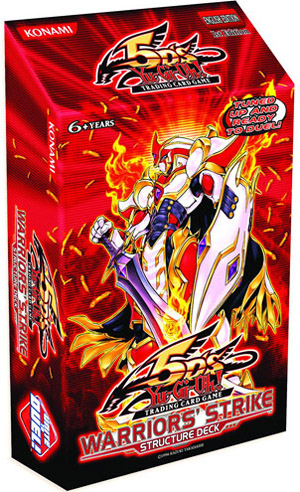 You actually acquire a few nice staples with the Warriors’ Strike structure deck, like Dark Bribe & Card Trooper. Everything else is worthless, as this set is based around the Gemini sub-type. Unless Konami releases some broken support, Gemini monsters will always be among the weakest in the entire game.

For every half-decent Gemini monster, there’s an effect monster that does the same thing without the pain of it being summoned twice! 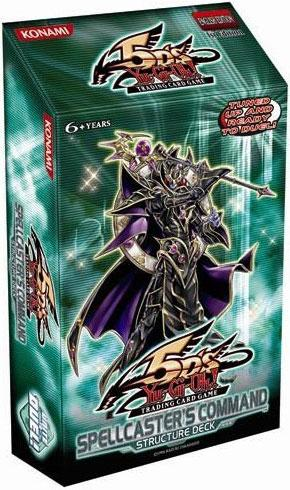 Cover monsters of items like structure decks, booster boxes or starter decks are supposed to be reliable but powerful. Endymion, featured on the cover of the Spellcaster’s Command structure deck, is worthless. Although you get to add any Spell card from the GY to the hand when it’s summoned, if you want some destructive power you’ll have to discard a Spell card from your hand.

This completely goes away from the spell counter theme of this archetype, it’s almost as if the featured monster is the main aim of the deck but it’s simply not good enough. 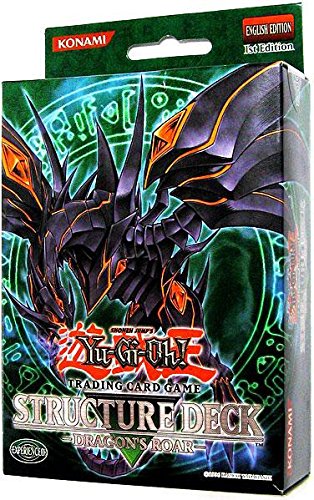 Just 9 monsters are included in Dragon’s Roar, with the aim of summoning Red-Eyes Darkness Dragon as soon as possible. Armed Dragons are also included, which were decent back when this structure deck was released. Protection for your dragons is important and Konami recognised this, which is why they provided such awesome cards like The Dragon’s Bead, Interdimensional Matter Transporter and even the incredibly strong Curse of Anubis (sarcasm in case you didn’t realise).

Red-Eyes Darkness Dragon is an awesome looking card though and I recommend any collector obtain it, just don’t do it via the structure deck!

Most useful card: Call of the Haunted

5. Lord of the Storm 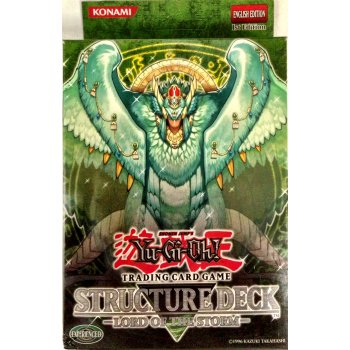 Winged-Beast type monsters have been relatively underwhelming for many years, that could have changed when Lord of the Storm was released but honestly, it had absolutely no impact. I have yet to see its ace card Simorgh be summoned in an actual duel.

Literally the only card worth transferring into any other Winged-Beast themed deck is Icarus Attack but even then, that’s debatable.

4. Rise of the Dragon Lords 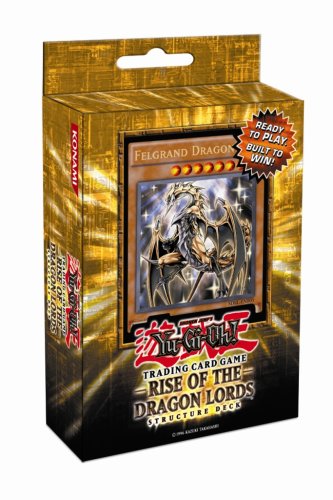 Blue-Eyes & Red-Eyes were the dominant Dragon archetypes in Yugioh at the time of this structure deck’s release. Dragons in general were extremely popular and still are, so creating a new Dragon themed structure deck should be exciting, right? Nope. This set is worthless, with not a single non-staple card (like Trade-In or Terraforming) being worth keeping.

You can tell Konami knew how much of an opportunity they missed to introduce some epic new dragons, hence the release of the Rise of the True Dragons structure deck in 2016.

3. Fury from the Deep 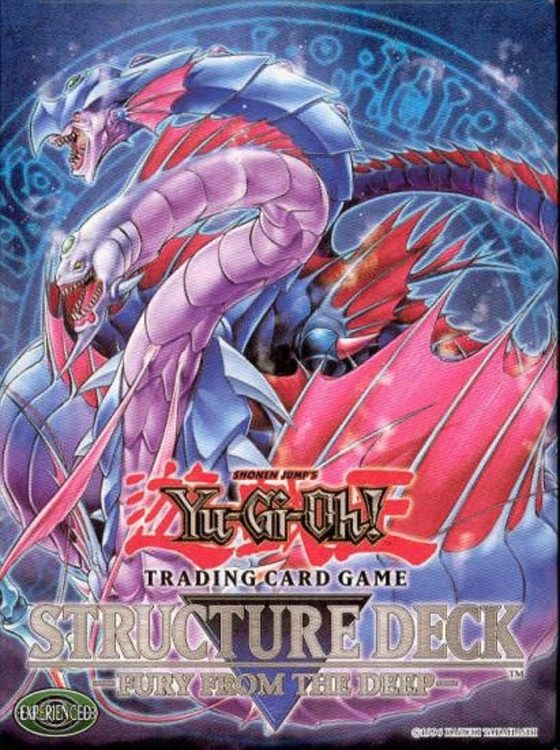 Released with arguably the coolest looking Water attribute monster of all time, Fury from the Deep  wasted such epic artwork by giving the monster in question some silly summoning requirements. It certainly wasn’t impossible to summon but it was a huge pain, becoming frustrating to try and work. 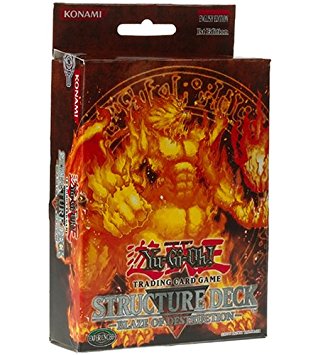 Burn damage decks have been strong for many years, Blaze of Destruction provided an almost complete Fire burn deck for anyone to obtain. Unfortunately, that’s about it. You could inflict a fair bit of burn damage but unless you managed to summon 2 copies of Solar Flare Dragon, you couldn’t do much else.

The featured card should be taken out of the deck right away, there’s no reason to even bother trying to summon it and make use of its effect. Such a disaster is a lesson on how not to make a boss monster. 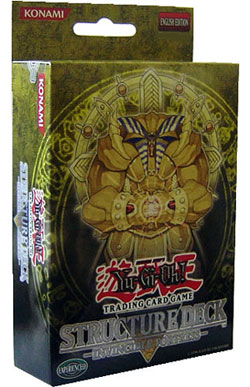 With a strategy revolving around defense and flipping, Invincible Fortress provided plenty of ways to defend yourself and keep the duel going. The problem with that is, your opponent will have all the time in the world to build up their field and get their ball rolling.

An Exodia variant as a boss monster sounds great but summoning it was a huge problem, especially considering how easy it is to destroy once it hits the field. 4000 DEF is nothing to turn your nose up at but a simple Fissure will have rid the field of it. Megarock Dragon added a much needed attacking option but by the time you can get it on the field, it’d be too little too late.

Bro most of these are under 2010. Obviously its not gonna be that good during the current meta... or for any meta for that matter.

When I saw Endymion I thought I had a useless deck but I have a better version that works.

Rise of the dragon lords is an awesome deck, my dad has beaten me with it many times while i play with more up-to-date summoning methods like fusion and xyz.

My mate who was brand new to the game bought 3 copies of the structure deck. Our whole dueling circle changed, he smashed everyone :P