Every Fallout 4 player needs a trusty pistol at their side. They don’t weigh much, ammo is never scarce and they’re a perfect last resort. Finding the right pistol can be difficult, you may be stuck with a Pipe Pistol or you might have every pistol in the game. Here’s a list of the 10 best pistols in Fallout 4 to help you on your adventures! 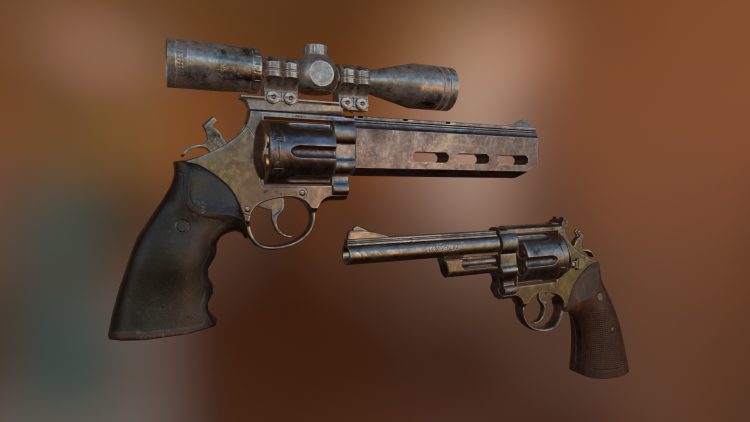 Starting off nice and simple, the .44 Magnum has high damage and is great for early levels. The lack of a big magazine capacity as well as slow fire-rate can put you off but for a reliable pistol at your side, nothing does the job better at early levels. You can find this almost everywhere but mostly in loot crates. 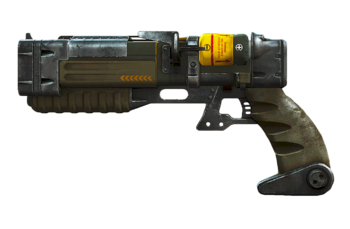 This Laser Pistol has an awesome effect that deals double damage to full HP targets. This is particularly effective for sneak characters who will benefit from 200% increased damage, with this bonus and the sneak bonus. It can be turned into a rifle if you wish but it’s good as it is. Old Faithful is sold in Diamond City. 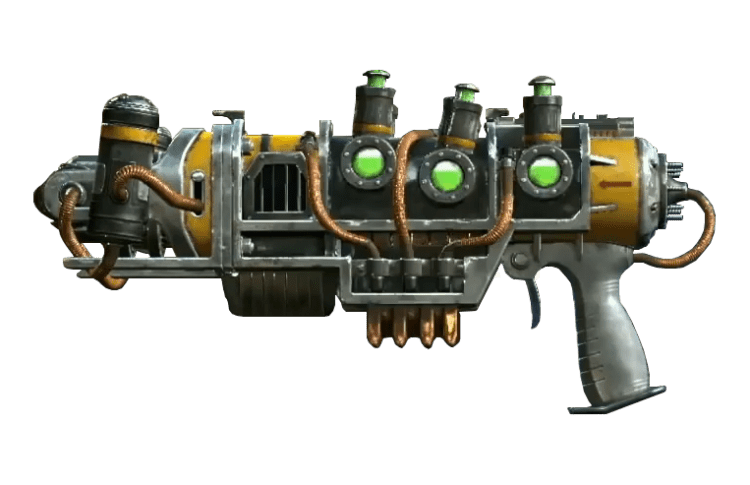 Similar to Old Faithful, the Sentinel’s Plasmacaster deals double damage to targets with full HP. It’s obtained via a Brotherhood of Steel merchant after completing a BOS quest. Boasting improved stats all round, this weapon is better than Old Faithful in every way. 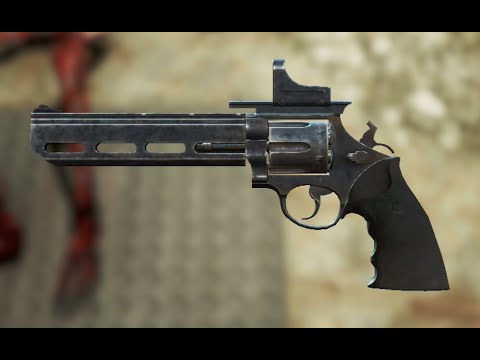 Quite a unique .44 Pistol, this specific model sets the target on fire for a few seconds. That extra damage really helps to take targets down and make the few shots count. It can be found in an unmarked location, you need to get through a locked door and it’ll be waiting for you! 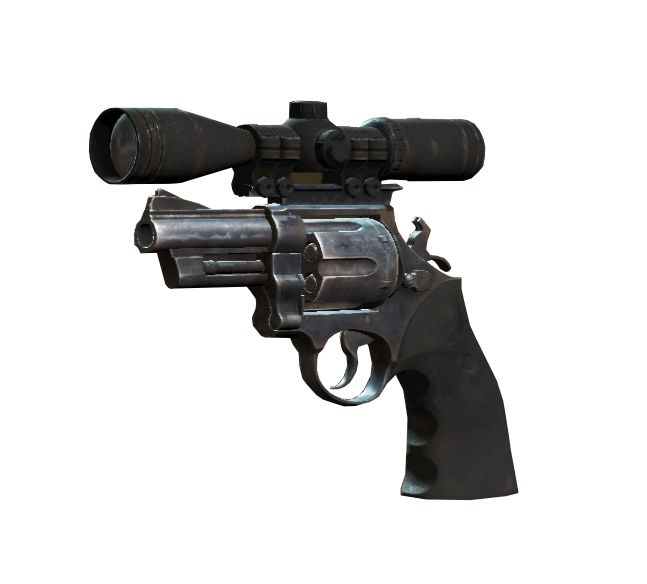 Such a bizarre weapon, who puts a rifle scope on a snubnosed pistol? Some bloke called Eddie, apparently. This pistol deals 50% extra limb damage which is a disgusting effect when you consider how powerful it is to cripple an enemy. It’s dropped by Eddie Winter! 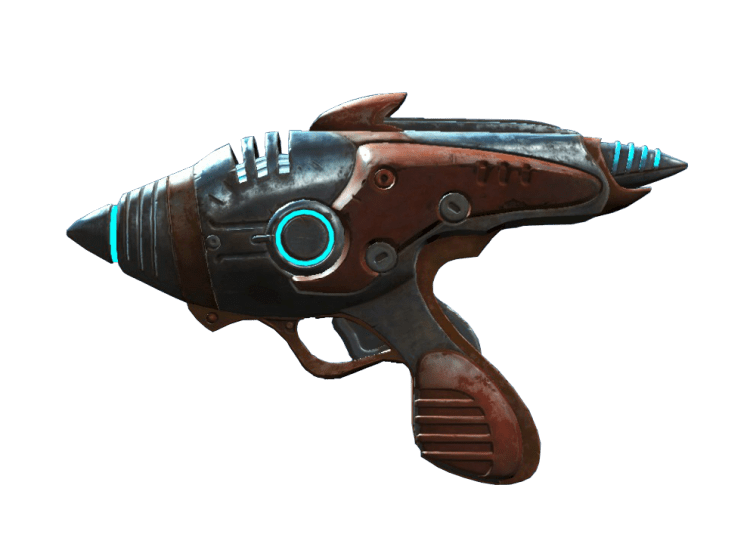 Arguably the most unique weapon in the game, the Alien Blaster can only be found once and it’s hidden well. It doesn’t deal the most damage, in fact it’s barely above the .44 Magnum. However, the fire-rate, VATS cost, damage, accuracy and range all combine to form a great little sidearm. It’s found by killing the Alien hiding in a cave near the UFO crash site. 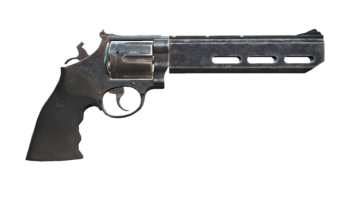 Yet another .44 Magnum, this pistol isn’t obtained until later on in the game but it’s worth using. When using VATS, it refreshes your AP on a critical hit. This is invaluable for getting multiple kills, especially when combined with the appropriate critical hit perks. Obviously you get this by killing Kellogg! 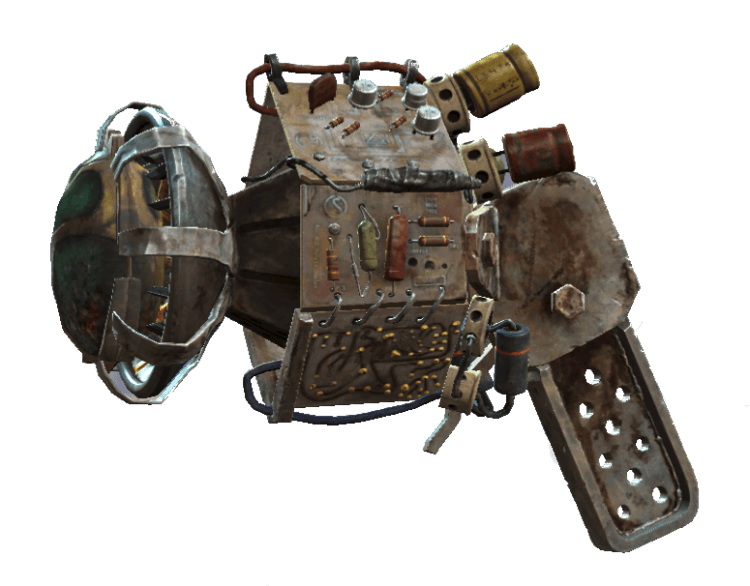 A regular Gamma Gun equipped with a serious effect, it knocks back enemies hit. Knocking back is an understatement, you can send enemies flying with this gun. Obtained as a reward for completing a quest for Jack Cabot, this gun is fun to both acquire and use. 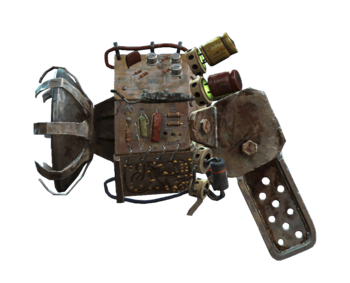 Despite being a unique weapon, this gun can be obtained multiple times. It’s similar to the Lorenzo’s Artifact Gun except it only stuns, rather than sending them flying. The two could honestly switch positions on the list, it’s all down to preference. You get this in Cabot House, or on Jack Cabot’s dead body.

By far the best pistol and one of the best guns in the game is the Deliverer. It has good damage, range and fire-rate. It also increases your chance to hit in VATS and reduces AP costs. The Deliverer can demolish enemies at close ranges, no other pistol gets through targets like this does. It’s obtained via the Railroad questline.

ONE MORE TIME IN ENGLISH PLEASE?