Just me who had no interest in the Beastmen until I gave their campaign a shot? Honestly, there’s something so fun about this race. Constantly moving, raiding & sacking never gets old. Sure, the entire realm are at war against you but who cares. Beastmen have a fairly cheap yet effective army, they do lack a bit of versatility but if all else fails, fill your roster full of Minotaurs. Rampaging across the battlefield is an awesome difference from carefully deploying your artillery and setting up cavalry flanks. The Beastmen are well worth using, here’s the 10 best units available! 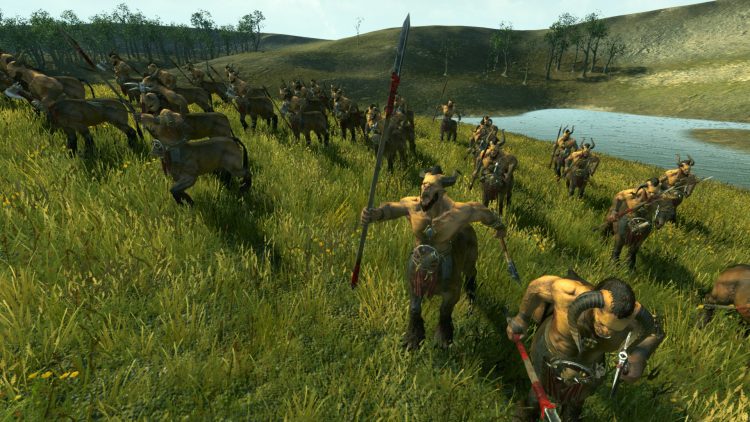 With high armor-piercing damage, low reload times and extremely fast movement speed, Centigors with throwing axes are incredible. A unit or two of these guys can melt enemy infantry, particularly if you make use of their other advantages. Vanguard Deployment grants you the ability to manipulate and position your Centigors to maximise their effectiveness. If required, their cavalry-like appendages are great for melee charges against enemy ranged units too. 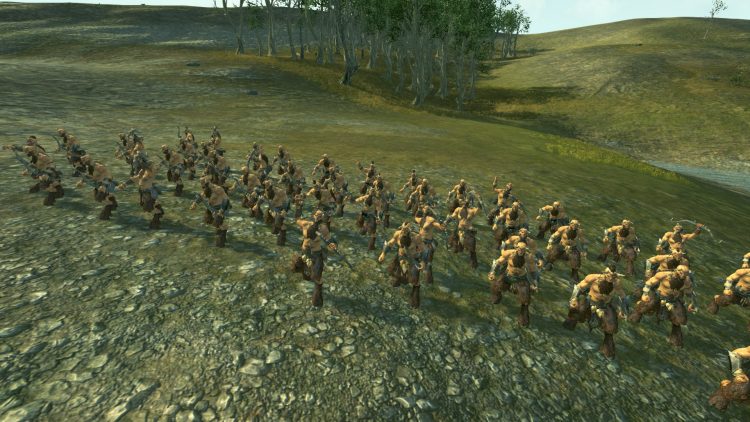 Ranged units are few and far between for the Beastmen, who don’t mind too much as their melee units do most of the work. If you require a bit of ranged fire, Ungor Raiders are a good choice with their high numbers and decent traits. Vanguard Deployment allows you to position them as needed, their Stalk ability allows them to approach undetected. Extremely poor melee abilities let them down a bit so complimenting their strengths is advised. 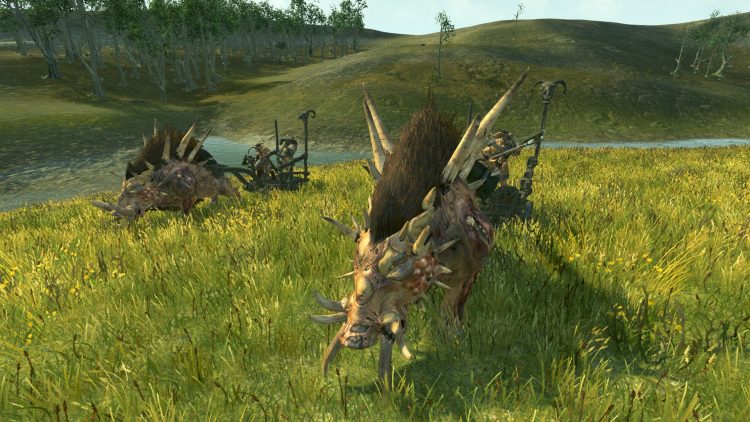 Watching a few chariots charge right into the flank of enemy infantry is one of the most satisfying situations in TOTAL WAR: WARHAMMER. This unit demolishes hordes of infantry, ripping them to shreds with the Razorgor’s brutal weaponry. High armor stats, bonuses vs infantry and good armor-piercing damage make this unit a nightmare to deal with. 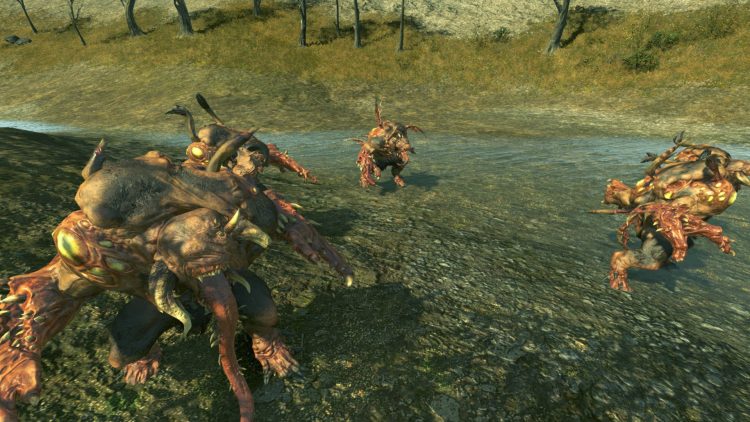 Insane advantages against infantry are justified by the Chaos Spawn’s almost complete lack of defensive capabilities. Able to cause fear, with extremely high damaging attacks, Chaos Spawn are almost unparalled in their infantry fighting abilities. One of the reasons I included this unit on this list is due to most lords having the ability to summon a unit of Chaos Spawn in battle. Trust me, summon this unit behind a blob of infantry and they’ll all be routing very quickly. 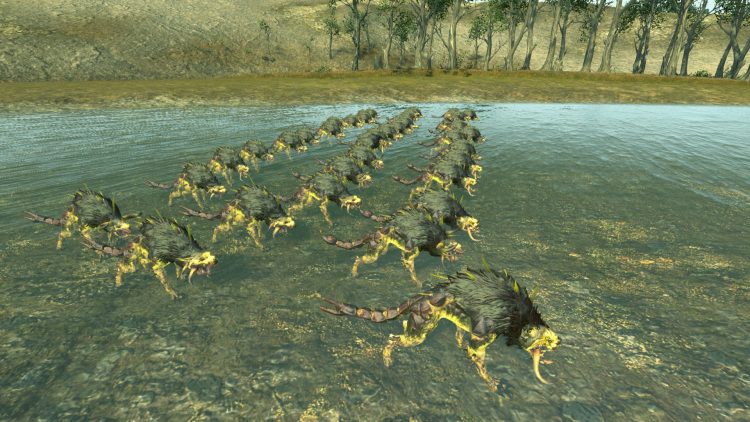 Poison Chaos Warhounds are so damn good for their cost, effective against a wide array of units. Regular Chaos Hounds are decent but their low resistances and leadership drastically decrease their staying power in a fight. Give them poison attacks and those disadvantages are reduced. Use them to harass enemy back-lines, provide back-up for infantry and to take ranged/cavalry aggro. 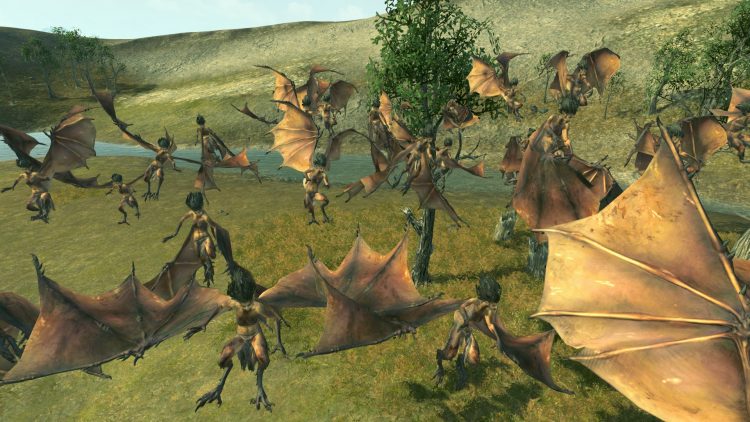 Flying units are really strong with the Beastmen, especially if you can tie down enemy ranged units with others like Chaos Warhounds. While Harpies don’t have the most amazing combat stats, their flying and Vanguard Deployment traits give them a lot of flexibility. Especially effective in siege battles, a unit of Harpies should be welcome in almost any army composition. 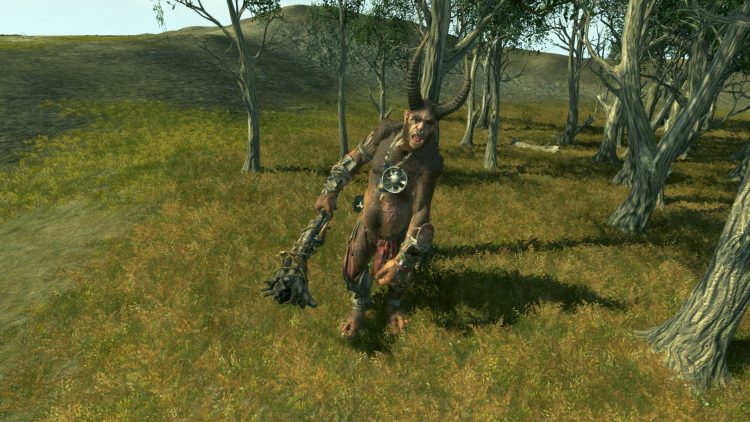 Crazy high stats make for a crazy good unit, a Giant can rout entire units are squash the ones that don’t run. Just look at their base stats – 11,000 health, 80 melee attack, 150 weapon damage, 400 armor-piercing damage. They speak for themselves.

A problem with all Giant units of all races is their lumbering size. They take a long time to reach their enemy and when they do, they’re a huge target for all ranged and/or anti-large units. This can cause them to be taken out of the fight before they have an impact. 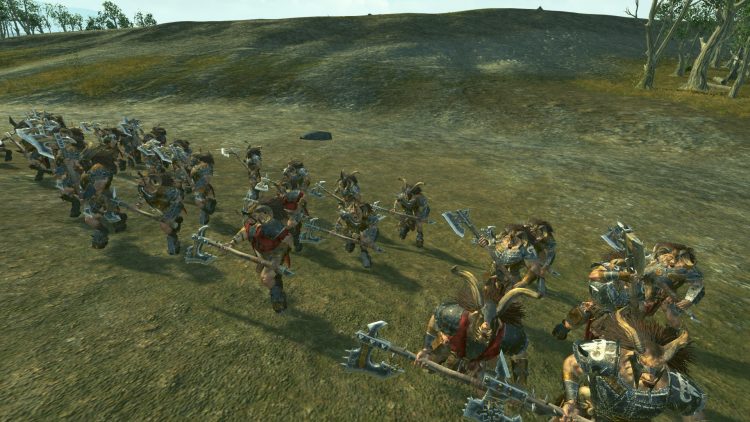 Put simply, Bestigors are the best infantry units available to the Beastmen, quite clearly demonstrated in their own name. Their unit size is good and their combat stats are spread across the board, overall they’re competent enough to do their job. As high-tier units go, Bestigors are among the best in the entire game! 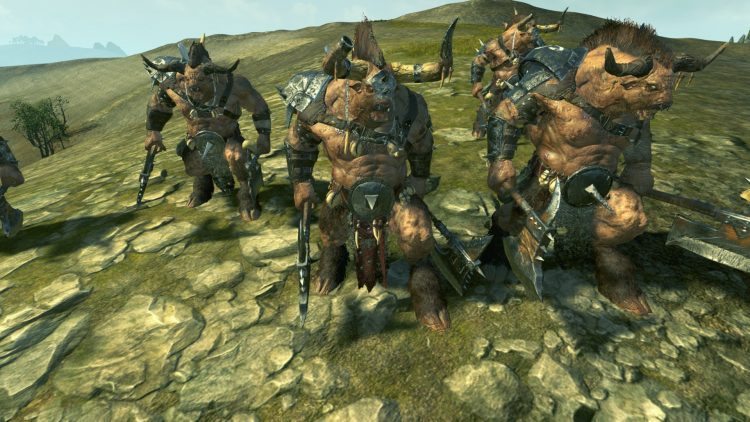 As an infantry unit, the last thing you want is a group of Minotaurs charging towards you. Upon coming face to face with an enemy unit, Minotaurs will charge their way in and crush all in their path. High resistances & health pools grant them boons in close combat, even against anti-large units. Decent melee attack stats mean they can deal heavy damage over time as they refuse to go down. Overall, this unit is one of the few that you have to use in any army. 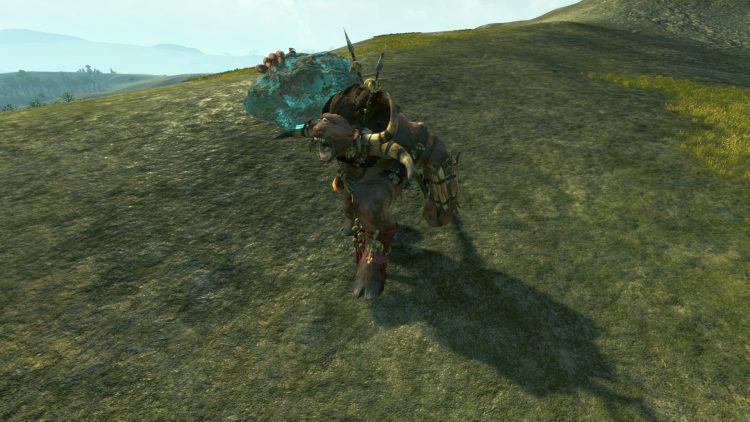 I remember the first time I fought the Beastmen, playing as the Dwarfs. My race was arguably the biggest counter to the Beastmen, as artillery/ranged fire can cut them down in droves and my armored infantry can hold them in place. While I won, my losses were devastating, all thanks to a single Cygor. Seriously, this beast lobs huge lumps across the battlefield, turning anything they hit into mush.

Want to take it out? Go ahead, send your best units. Cygors are as strong in melee as they are from range!