Having played for over 15 years, you can imagine the size of my collection. I do enjoy pondering over my many thousands of commons, keeping them instead of throwing them away or selling them as bulk.

Due to this, my deck count stands at nearly 50. Only a dozen or so are viable even casually to be fair, with the others being either too old or based on terrible archetypes (looking at you, Ancient Gears, Vehicroids & Six Samurais).

Personally, using a wide variety of decks is the optimal way to enjoy Yugioh. Investing your budget into 1-2 competitive decks is the best way to win matches and compete in tournaments for sure but I play casually.

To give you an idea of what kind of decks I play against, here are the ones I see most often: 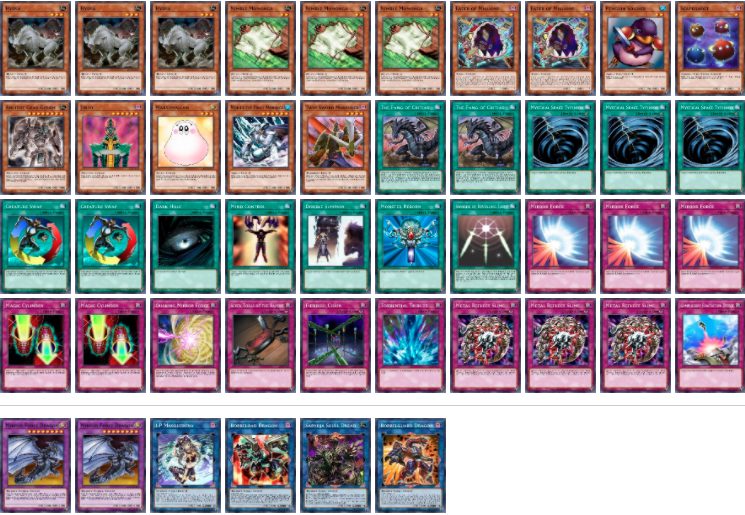 My premiere deck back in the day, kept in most of its former glory as the go-to deck for any new player to use.

It’ll get obliterated by competitive, or even casual decks nowadays, but for fun duelling times, the beat-down deck is a constant source of surprise.

Eater of Millions will deal with big boss monsters, while Ancient Gear Golem & Mirror Force Dragon will decimate my opponent’s field and graveyard. 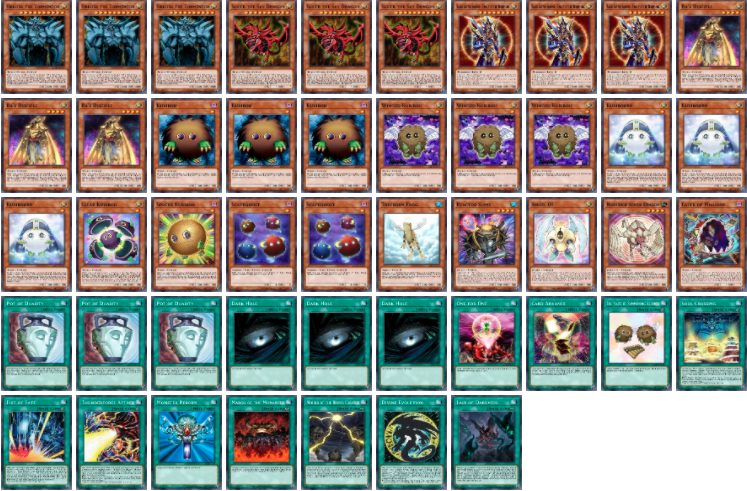 I’ve been trying hard to make the Egyptian Gods work for many years. They’re awesome cards, whose power should be unrivalled.

But unfortunately, they have many rivals, and they aren’t even that strong.

Nethertheless, the Egyptian God structure decks did provide some support for the Divine-Beasts.

Alongside plenty of Kuriboh cards, you can consistently ward off enemy attacks, waiting to use Kuribohrn to provide plenty of tribute fodder.

Obelisk & Slifer are pretty decent when they’re on the field, especially when backed up by the Mound of the Bound Creator or March of the Monarchs.

The Winged Dragon of Ra is terrible, don’t bother using it. 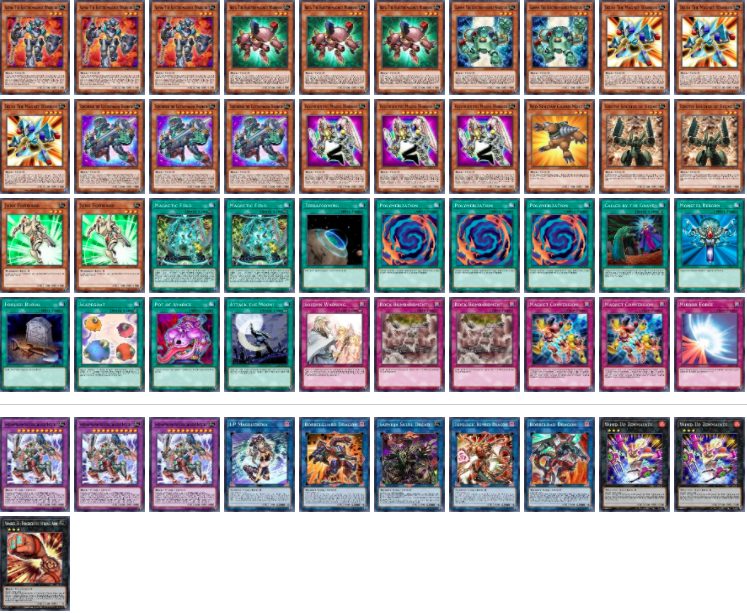 Built specifically around using Imperion Magnum the Superconductive Battlebot as your win condition.

You should aim to summon plenty of Magnet Warriors to use for Link or XYZ monsters.

Use the significant searching/special summoning power of the Magnet Warriors to hold off until you can summon Imperion Magnum.

Neo-Spacian Grandmole is there for non-targeting removal, perfect for taking out big boss monsters. 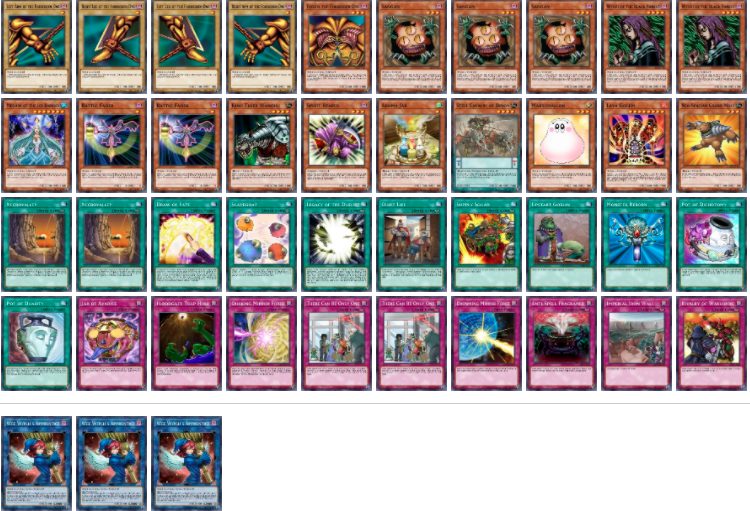 Most people build their Exodia decks to draw as many cards per turn as possible.

I prefer mine to stall and floodgate, preventing your opponent from playing the game their way, really helps to avoid being OTK’d.

Some draw cards are necessary of course. I’ve had success against Dinos, Altergeists, and even Dark Magicians with this deck. 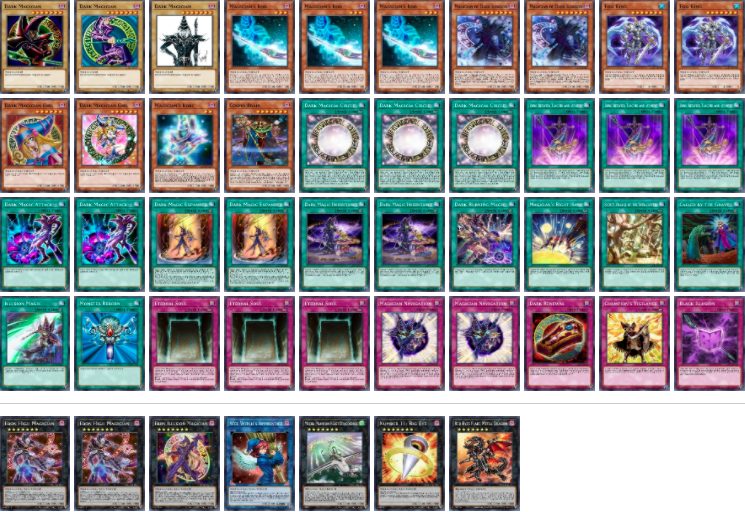 A lot of the cards are quite expensive, no doubt due to how popular this deck is.

So I only really have the cheaper cards, plus a few additions of my own, like Fog King & Cosmo Brain.

Summon your bosses, use Eternal Soul & Dark Magical Circle to back them up.

You may choose to add the Dark Magician fusions, as they’re really strong too.

I think they’re too overused (personal opinion) so I don’t use them. 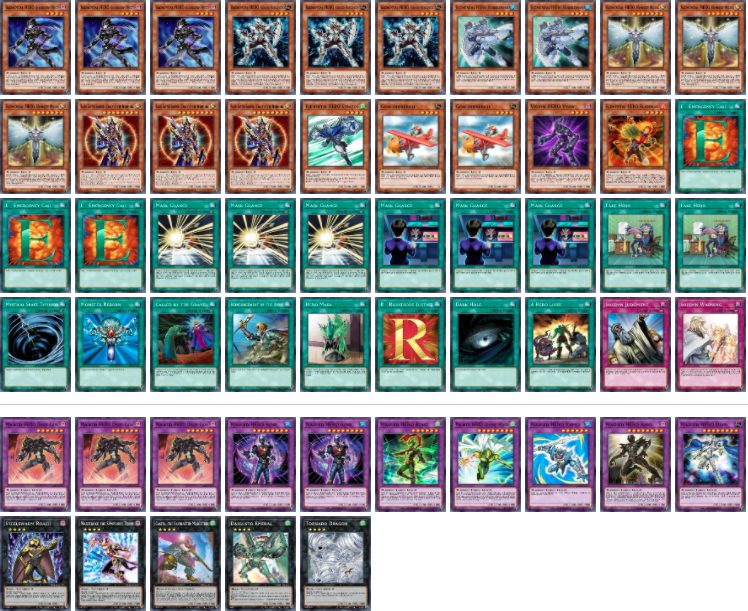 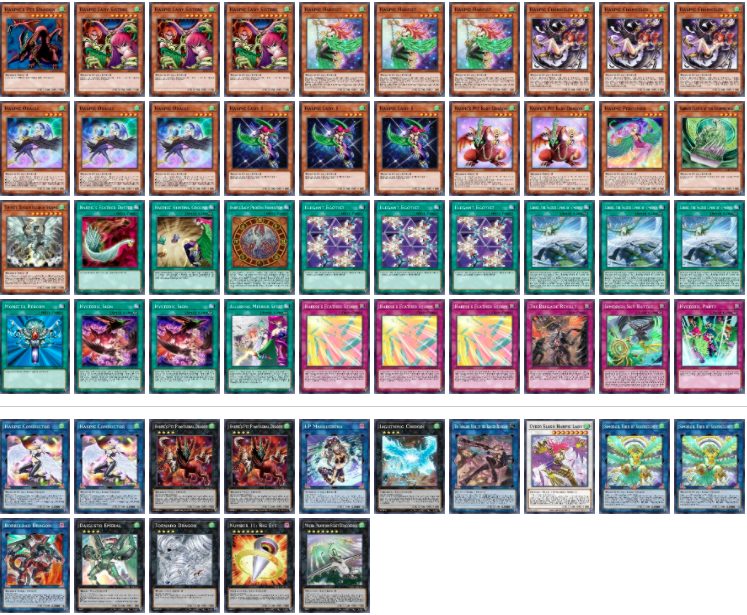 Still getting used to this deck, I’m able to summon Links, XYZs or a Synchro monster in the same turn.

Problem is…I’m never sure which one I should go for.

There are almost too many things to do for my feeble mind.

I’m not great with combo decks, for sure.

Having watched videos and practiced a few duels, I can say Harpies could be quite powerful with the right duelist.

They’re supposed to be getting new support sometime this year, crossing my fingers they become semi-competitive! 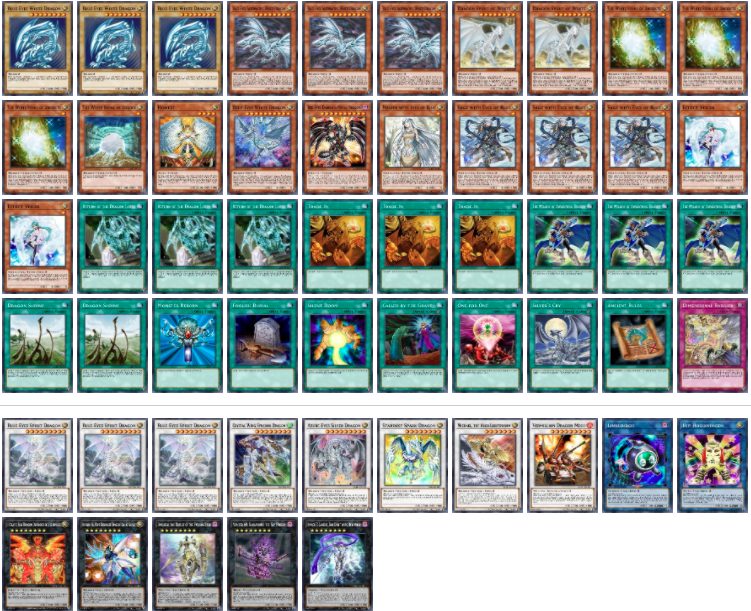 My personal favorite deck, Blue-Eyes cards have held a spot in my heart since I first encountered them many years ago.

Arguably the most fun and fair deck on this list, this deck is fully capable of defeating even the strongest decks.

As you often see in Yugioh, hand-traps absolutely decimate this deck.

Even a single Ash Blossom can decide the duel unless I get an amazing hand.

For casual battles, my Blue-Eyes goes undefeated against a myriad of rogue decks like Cyber Dragons & Ghostricks.

Aim of the game is to get Spirit Dragon on the field and go from there. You have options to go into Azure-Eyes, Crystal Wing, or some of the rank 8 XYZ monsters. 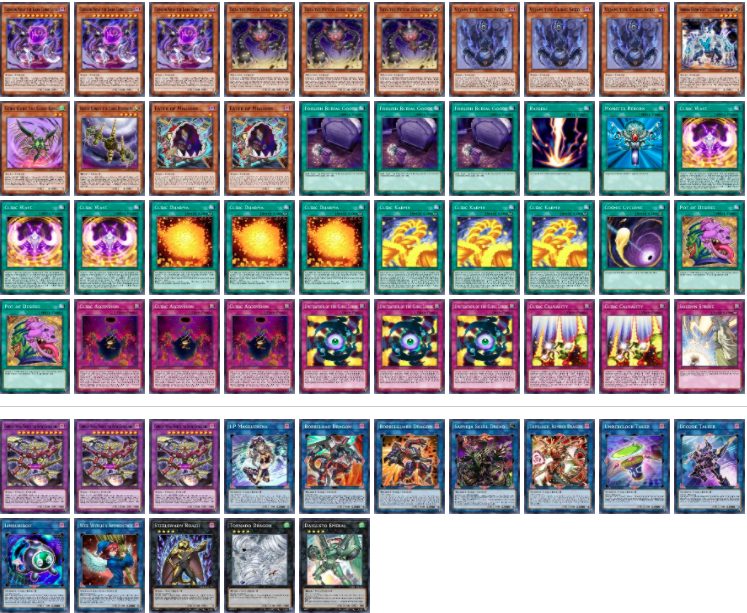 One of the weirdest decks in Yugioh, Cubics can OTK any deck in the game if they’re unprepared.

Not considered a combo deck or a control deck, it strikes some kind of weird middle-ground between the two.

Crimson Nova is your main boss monster, unaffected by activated monster effects if they have 3000 or less ATK. And it deals 3000 damage to both players during my end phase.

Vijam and traps help deal with any threats until Crimson Nova can come out to play.

All of the Cubic spells/traps have effects in the graveyard for additional search power & protection.

If push comes to shove, it’s not too difficult to summon a bunch of monsters for some Link summoning! 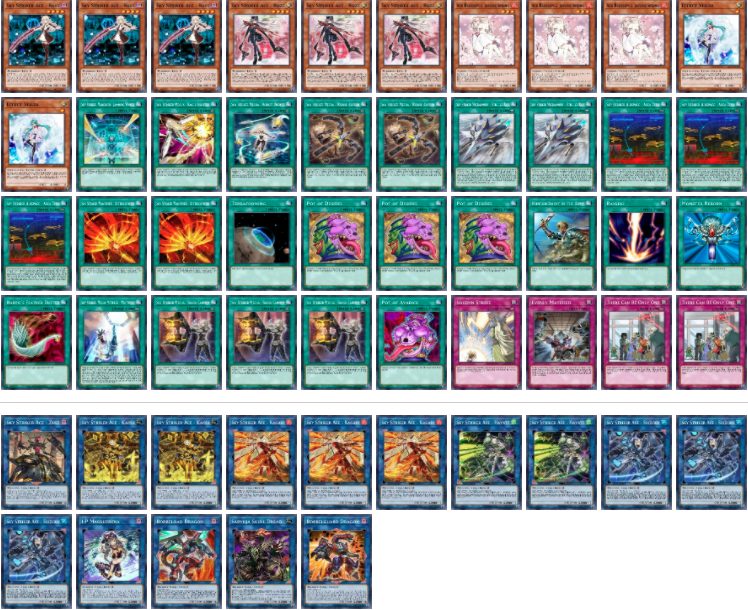 Having only recently built this deck after my friend had a bunch of Sky Striker cards spare, I can say it’s the most competitive deck I’ve ever owned.

With Engage coming off the ban-list, it’s even stronger. My copy is yet to arrive, but I’ll be taking out an Area Zero to add it.

Sky Strikers are all about control, there’s little in the way of big combos for big boards, we usually end up with just the one monster.

Backed up by hand-traps, floodgates and the Sky Striker spells, you can shut down most strategies before they do any damage.

That being said, any kind of anti-spell floodgate means an auto-lose for you. The deck has to have some kind of weakness though!

Galaxy eyes deck can beat all of these