Today we’ll finally be bringing up some content from one of the most popular video games out there, World of Warcraft! This article is about some of the most owned mounts according to the statistics. ( though they have yet to be updated for this year unfortunately!) World of Warcraft has been very influential in the lives of many of us gamers, I myself played for years and loved going around trying to get as many mounts and pets as possible. So let’s jump in! 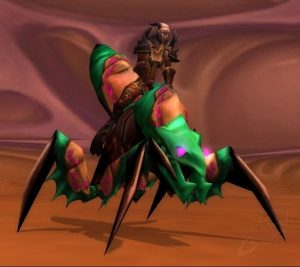 Coming in last at the 65% most owned in the list, are all three colors of the Qiraji Battle Tank mounts; blue, green and yellow. These little insectoid mounts were all over the place when I started playing. I’m not too sure when they were released though, but they were dropped in the Temple of Ahn’Qiraj as a world drop! 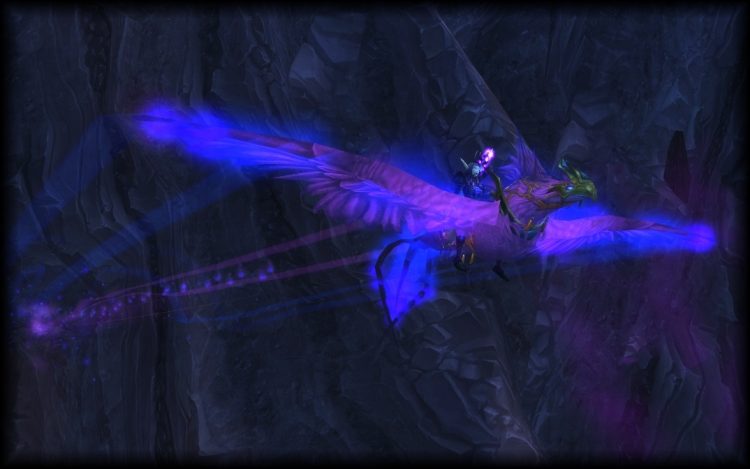 Our first of the flying mounts and at 68.2% most owned on the list is the Dark Phoenix! This mount was pretty popular when it was released as a mount in the Guild Vendor to only 3,000 Gold! Although I never bought it myself, I did like how it looked with the dark purple color effect. 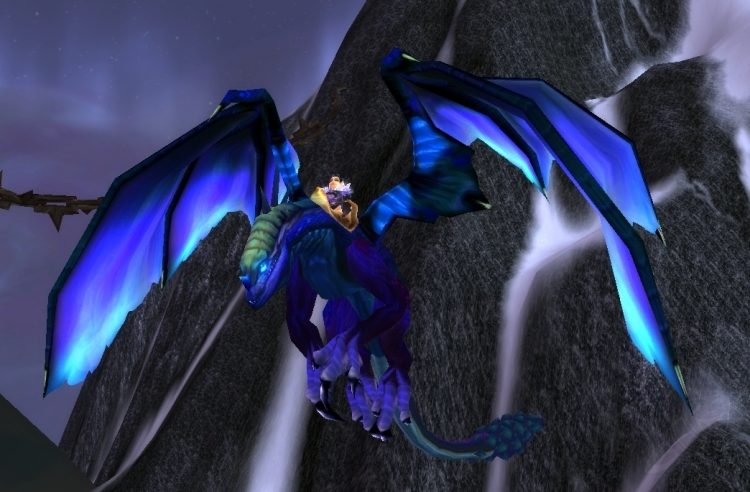 Our first dragon and second flying mount at 69.6% most owned on the list, is the Twiilght Drake. Now I’m partial towards just about any dragon mount, I love them and wolves but besides my opinion, it still is a sought after mount. It’s dropped by Sartharion in The Obsidian Sanctum. 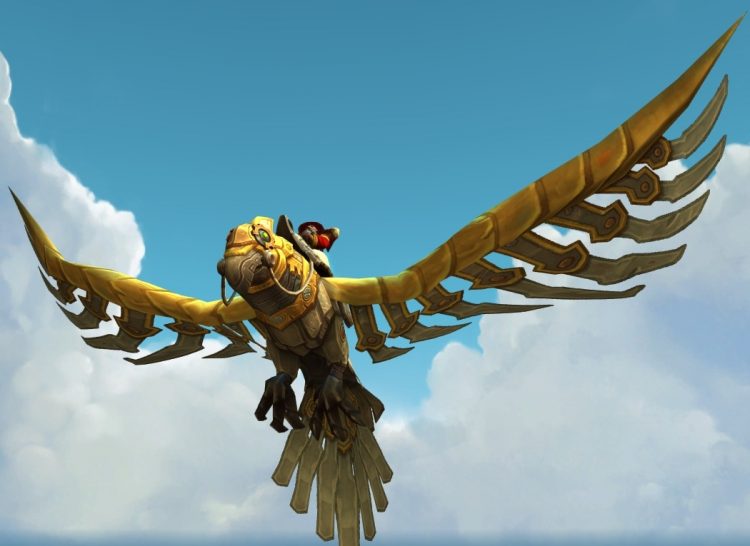 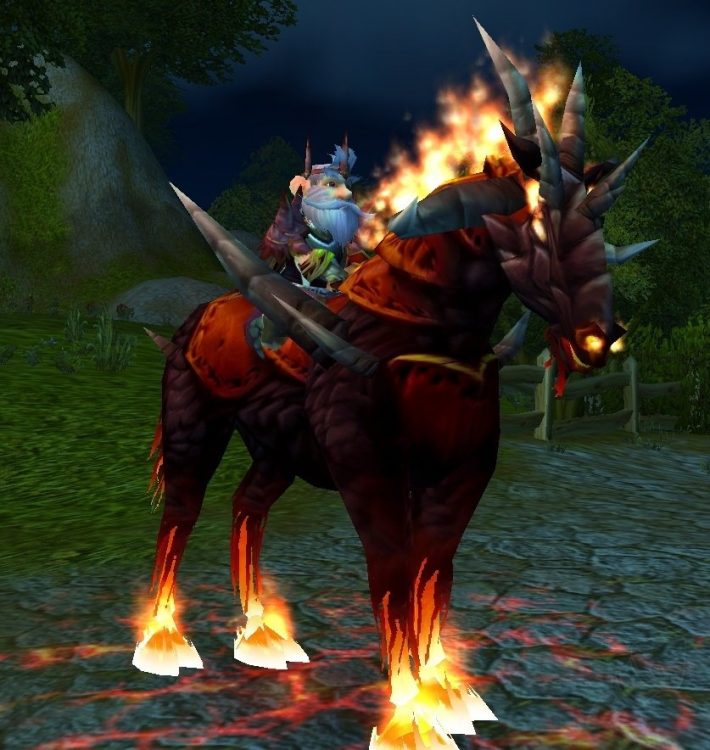 Even though this next mount is a class-specific mount for Warlocks only, it also comes in at 73.4% most owned on the list. That’s right it’s the Dreadsteed! Having played a Warlock a few times in my WoW days I wasn’t too big on its starter class mount until it turned into the Dreadsteed. It has a better look to it, honestly. 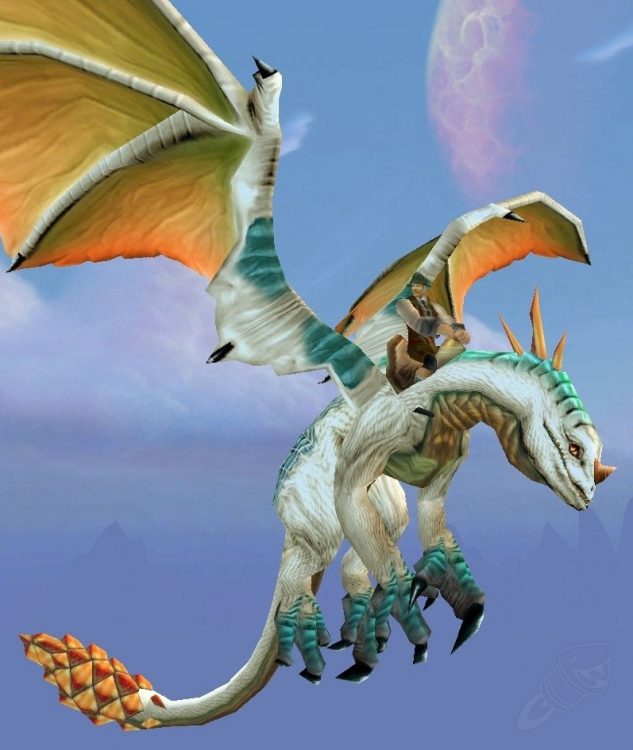 At our halfway mark at 74% on the most owned list, is our final dragon and flying mount; the Albino Drake! Even though it shares the same model design as the other Drake mounts just with a different color, it’s still nice to get. Especially since it’s from an achievement, the Leading the Calvary achievement, so you have the satisfaction of earning it. 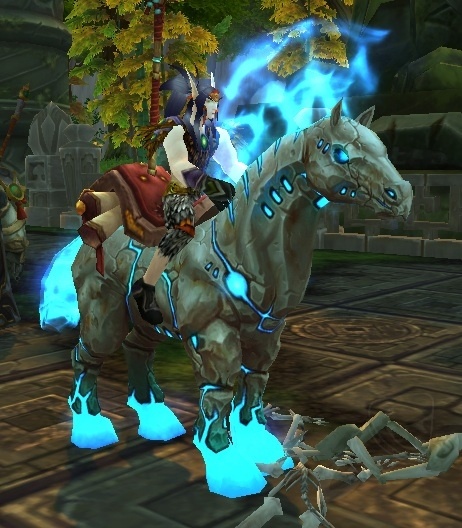 The next of the horse mounts is the promotional mount, Hearthsteed; that’s at 75% on the most owned list. As the name suggests it comes from the promotion for the game Heartstone on the PC, which was based on a lot from WoW. 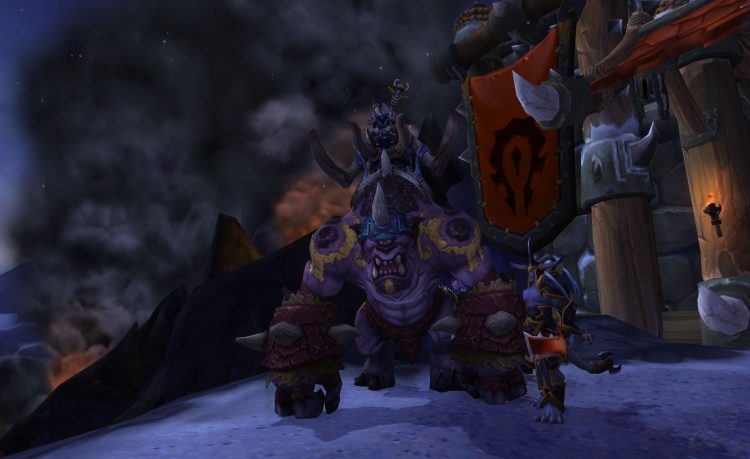 In the top three is our unique ground mount at 75.2% on the most owned list is the Coalfist Gronnling! This Cyclops mount came out during the Warlord of Draenor expansion if I remember correctly and is obtained through the Garrison missions. 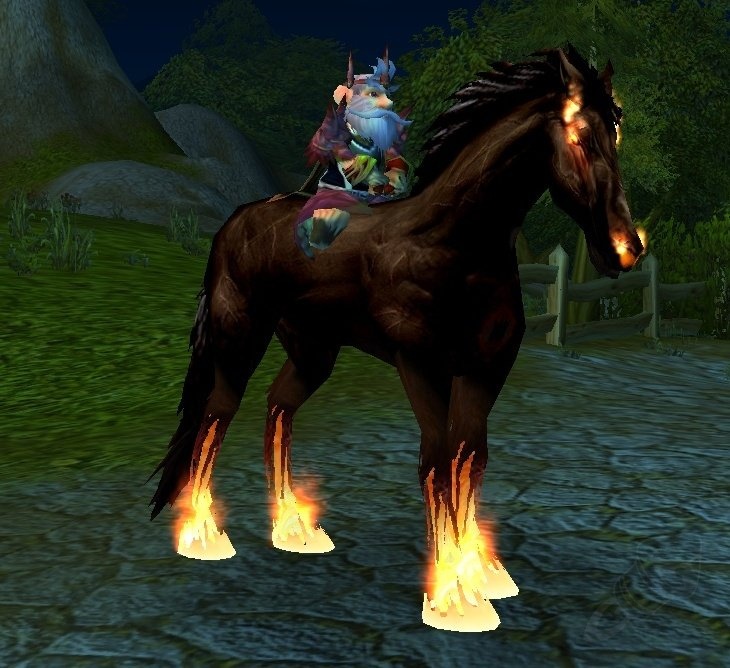 At 80.3% on the most owned list is the starter class mount for the Warlock class, the Felsteed. It has pretty much the same design as the Dreadsteed except a few key details the Dreadsteed has. 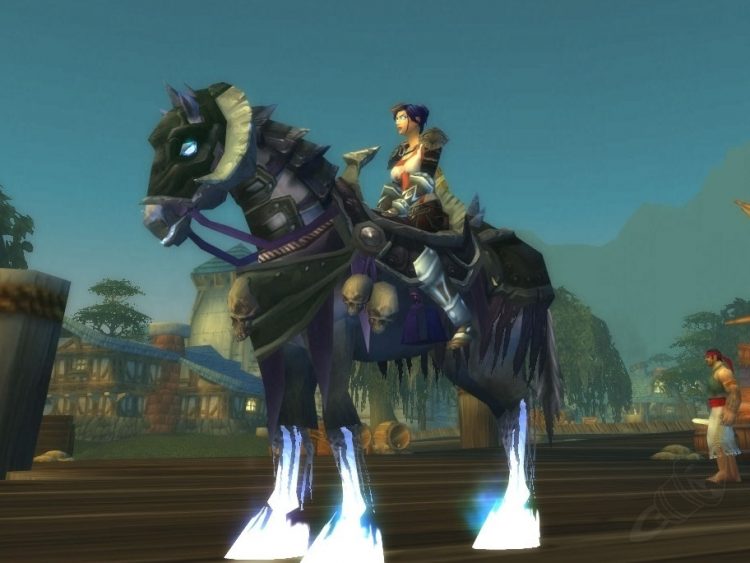 At the top of our list and the most owned of the WoW mounts at 82.8% is the final horse and class specific mount, the Acherus Deathcharger! Specifically for the Death Knight class, this mount came out during the Wraith of the Lich King expansion and along with it’s class the mount is still pretty popular.