Since the release of Apex Legends, the Wingman has been a staple of the community. Good accuracy is rewarded with exceptional damage across all ranges, each shot will hit like a truck. Of course, a low magazine count means you need to be able to land those shots.

Having said that, the playerbase has really started figuring out recoil patterns. Many streamers don’t even notice recoil and can land most shots without a problem. No doubt you’re the same, too. So if you’re roaming the map and getting kills, you need to look as epic as possible.

I’ll be covering the 10 best Wingman skins in Apex Legends. Even a small pistol like the Wingman can stand out if you choose one of these! 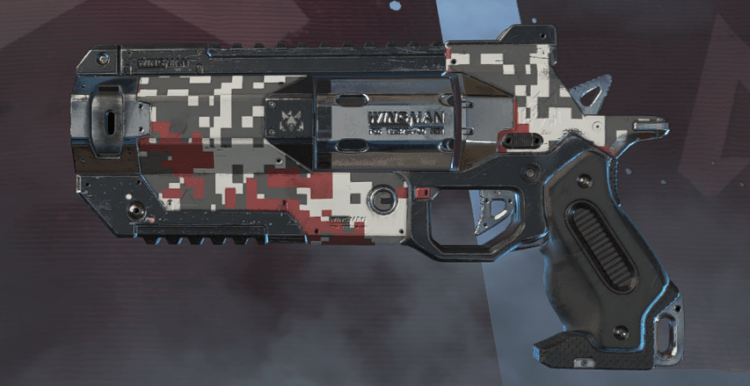 Lots of Rare level skins are available, they’re often some of the first skins you purchase. If you’re spending your hard earned tokens, make sure it’s on the right one. Derez is a great starting point, offering a digital, multi-colored theme.

Pretty much the perfect balance between newbie and veteran. A skin like Derez will keep your badass tendencies down, while still looking cool! 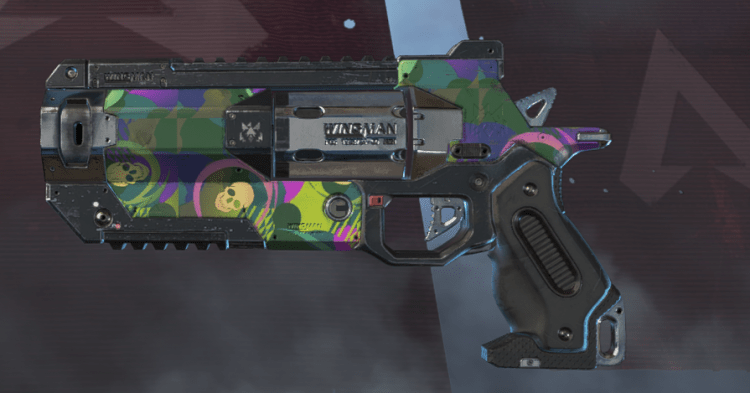 Coming in at number number two we have the crazy and goofy skin of Death, Jester, and just like the name suggests it’s a little whacky. It’s definitely for those of the nutty persuasion that’s for sure. With its colors of a darker and lighter purple, pink, very little brown, a sickly type of green as well as a darker green.

With what looks like a kind of yellow splashed all over with a few skulls on the side of the barrel. It’s as if as child was doing some finger painting on it and went to town. So if this is your kind of thing, then more power to you. 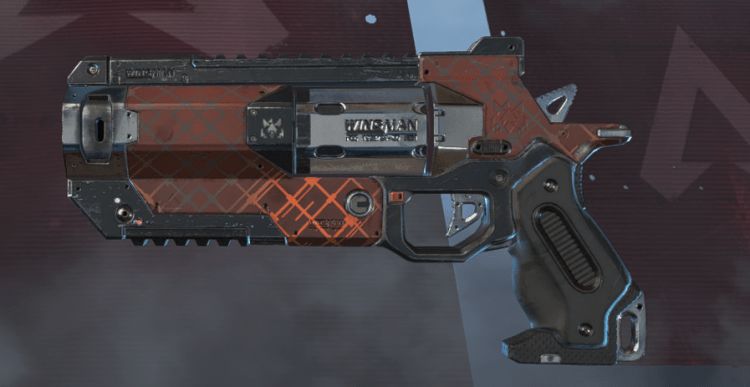 Here’s where the skins start to get really awesome, and the skin that starts this is Generation X. Having a base color of dark orange, it has a diamond like pattern going across the side that is a lighter orange and some dark grey mixed in with it, with chrome on the chamber; the hammer and the tip of the barrel.

This skin is pretty slick for a Rare level, even if it only comes in at third – it’s still nice to look at.

This next skin is a weather type of theme in the military sense and it is the Shattered skin. Just like I mentioned previously it‘s a military camo that you’d be using in a certain type of weather and the kind this skin is for, is the snowy kind. You could blend right in inside some snowstorm with it’s black, white and light crystal blue colors in the sharp elongated triangular pattern all over. If Apex Legends gets a snow map, be on the look out for someone using this skin to hide this gun! 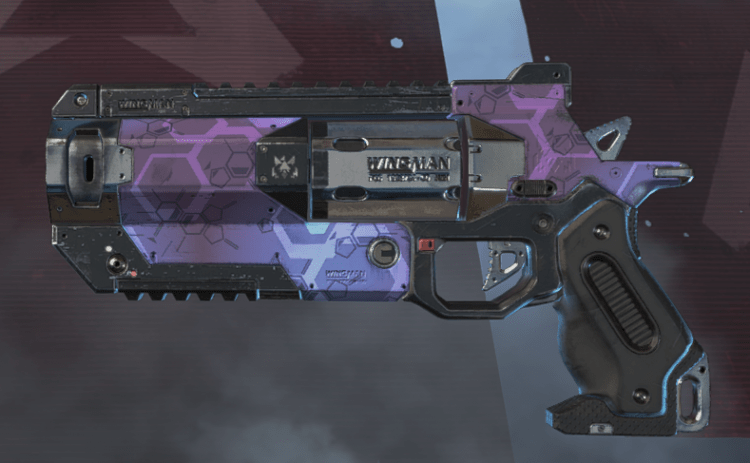 Hitting the half way mark and taking us down a more scientific path is the Cold Fusion skin and it’s definitely pretty nice. Have that scientific octagonal pattern on various spots all over the gun; it sort of blends it all together with a darker and lighter purple being melded together. I definitely like the way it looks and those that think so too should certainly take it for a spin! 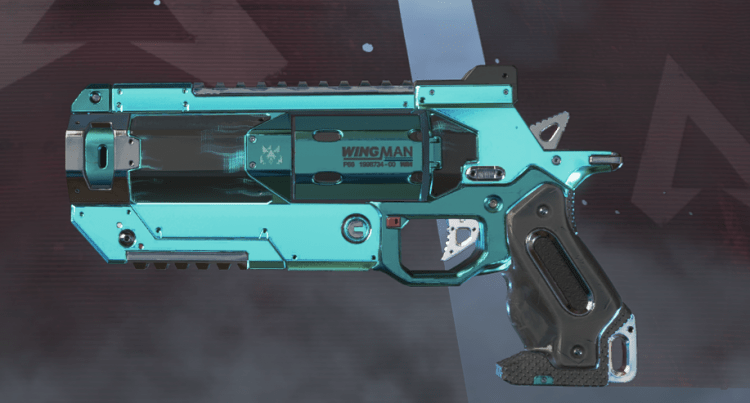 These next few skins are of better quality and certainly more lively than the earlier ones for sure, Off the Grid starts us off. The entire frame is covered in a metallic crystal blue and a slighter darker blue, then from behind the chamber all the way to the barrel is black with light blue streaks going along it at a steady speed. With the animation added to this skins coloring and small streaks, it gives it an interesting look in my eyes and I think a lot of other people think so too. 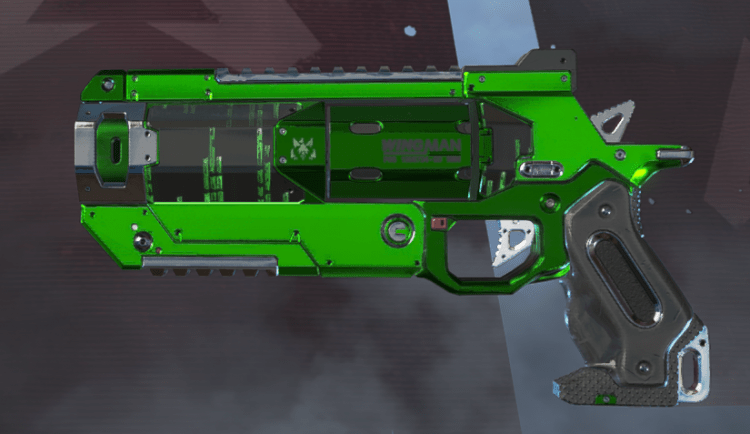 The Code of Honor is our next skin and it might make you think of a certain movie, that movie being The Matrix. That’s because along with its two types of metallic green, a lime green and a darker green, it too has an animation from the chamber to the barrel.

Futuristic, computerised skins like Code of Honor are great in Apex Legends. Such a skin-line is usually available across most weapons/legends too, so you can really kit out your entire appearance.

Third from the top is Eye of the Storm and it’s shocking enough to get anyone’s attention. Featuring the final of our metallic frames with a darker and regular blue, but that’s where it ends at being a normal skin. The side of the barrel has lightning streaking across it, giving that fierce look to it.

Lightning animations are the bread and butter behind every cool weapon! 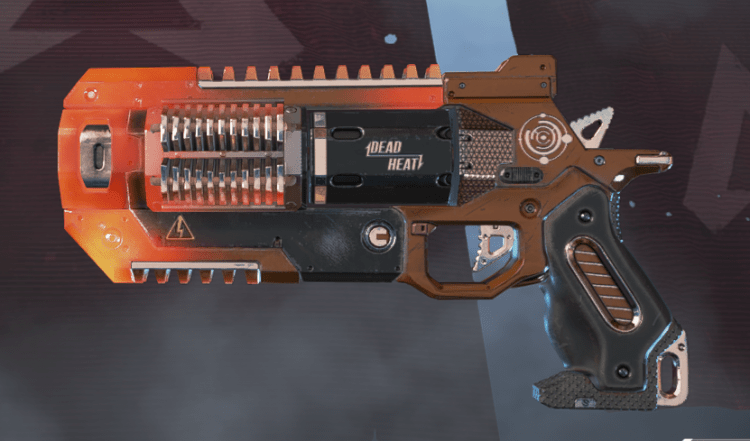 You’re definitely gonna be bringing the heat with this skin. The Dead Heat skin gives the entire Wingman an overhaul, the part of the barrel just after the chamber and before the tip of the gun is protruding outward slightly with some intricate designs right on the handle and above it. Everything is black with a dark orange/brown primary paint job.

Dead Heat’s most attractive factor is the animation, with the front of the weapon smouldering. I certainly wouldn’t blame you for favoring this skin over all others! 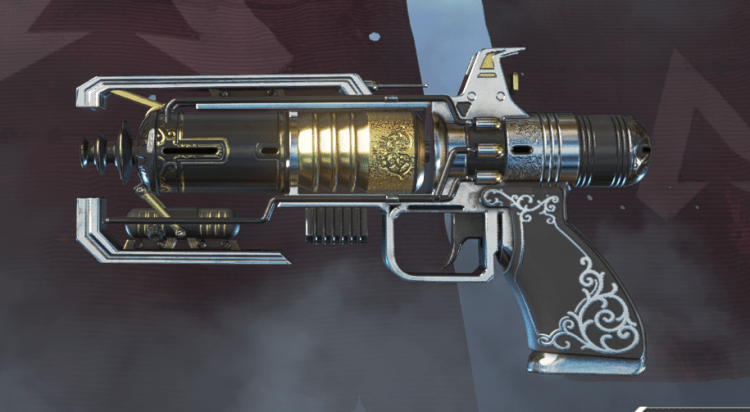 Of all skins in the game, few come close to providing such an extreme makeover. Merciless Wing is incredible, transforming the Wingman from a bulky revolver to a honed ray gun. Intricate carvings only serve to make it prettier.

Another distinction is the gold parts, something few guns have skins of. One of the closest things we’ll get to a golden weapon, it has to stand out as the best Wingman skin in Apex Legends!