For today’s list, as well as a few future lists we’re going to be getting into one of my newest favorite games to play. That’s right, it’s time for some Fallout 76 fellow Survivors! Now, I know there are a lot of weapons in the game; that can be crafted and or modified, not only that but the perks that compliment those weapons (which I’ll be getting into next time also). That being said, if you’re anything like me and the numerous amount of others that play survival RPGs then you too love to use those weapons you make specifically for your play style!

Whether it’s explosives, science type weapons, melee weapons or just regular ranged weapons. So let’s dive in today’s list and see what I have chosen to be the Top Ten Best Weapons in Fallout 76 that are fun, useful or just plain bad ass. Trust me, it wasn’t easy! Let’s go, Vault Hunters!

On a side note, since most of these are able to be crafted and dropped from RNG by almost anything; I won’t be stating where these weapons drop and what drops these weapons! 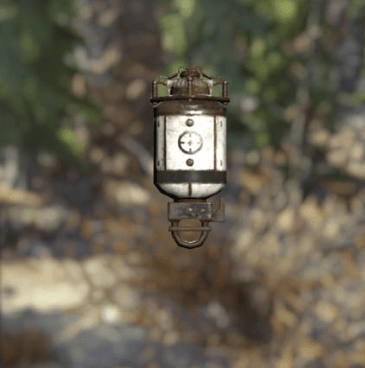 This weapon set is new to the Fallout-verse (as far as I know), quite fun and can be very useful when taking on too many enemies at one time, by shooting down at them from orbit; that’s right you guessed it! It’s the Orbital Scan and Strike Beacons guy!

The reason this first one has two combined is because they can be used as a combo weapon, that works as one. I know they don’t have to be used together to work, but I honestly like it and think it feels sort of like a one two punch knockout combination. One scans and tags all enemies in the vicinity, the other is the target beacon for the orbital strike package (fyi, it’s a huge ass laser beam! Hammer of Dawn anybody?!); so using the Scan Beacon first helps tell you where and or when to place the Strike Beacon for maximum enemy casualties.

Once you use them, don’t you worry there are plans that let you craft more so rest assured you can still get your Gears of War on in Fallout 76!

What can I say about this next weapon? The Handmade Rifle, a fan favorite and very popular amongst you riflemen! To me it looks like a rundown AK-47, but that’s probably because it was based off of it in Fallout Lore and besides; who doesn’t like an AK-47? I know I do.

This versatile weapon can be crafted and modified by yourself, in the case you can’t get one to drop, either to be mid to close range combat by turning it fully automatic or long ranged combat by using a Recon Scope with it being semi-automatic almost like a sniper. Also, combining the perks Bandolier to make all types of ammo weigh less, Riflemen for semi-auto rifles (or Commando if you choose to make it an automatic rifle) to increased damage and Tank Killer for increased armor penetration.

So by having such a weapon in your post apocalyptic arsenal of weaponry, you’d be one step ahead of your enemies and one step towards staying alive longer. 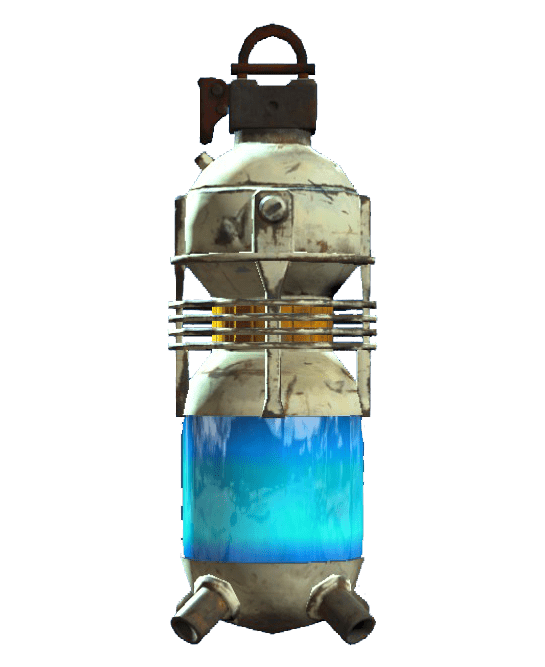 Which resulted in Nuka Quantum Grenades, a fun little explosive that causes a lot of damage; especially with the perks Grenadier for a bigger explosion radius, Demolition Expert for extra damage and Bloody Mess to make things extra..bloody.

Fun fact the Nuka Cola brand was based on an amalgamation of Coca Cola and Pepsi as well as can be crafted repeatedly if you have the resources. So I recommend finding the plans to have an explosive time! 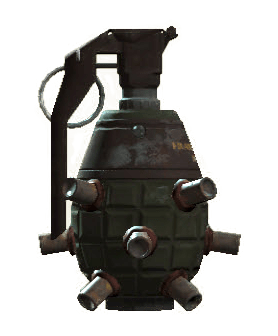 Making another perfect and fun weapon to use while in the midst of a horde of Ghouls, Super Mutants or Scorched attacking you that’s also perfect for the perks Demolition Expert to increase it’s damage and Grenadier for a bigger explosion radius.

This weapon is also craftable, just like Nuka Quantum Grenades given that you have the right resources.

Coming in at number six is the Combat Shotgun, a weapon I’ve used; have seen used many times by friends and other players. A gun with a considerable amount of damage and armor penetration once crafted and or modified the way you need it, not to mention if done right it could have a reason rate of fire.

Unlike the Double Barrel and Pump Shotgun, the Combat Shotgun is definitely the shotgun you want when fight multiple enemies or even other players even more so with the right Shotgun perks.

The best perks for Shotguns are all three Shotgunner perks for extra damage, Scattershot for less weight and faster reload time, Skeet Shooter for excellent accuracy and better spread then last is Enforcer for more stagger and limb crippling chance. 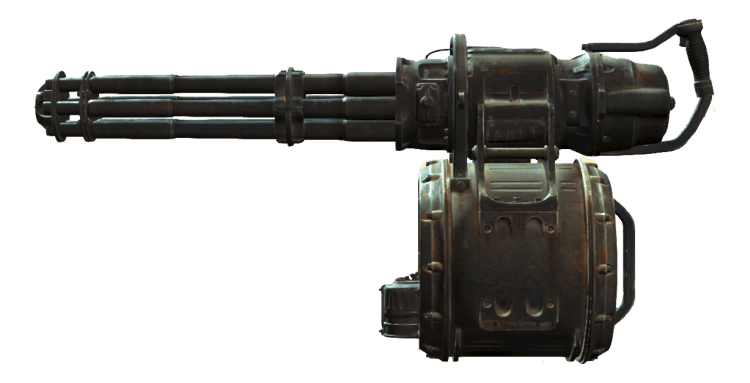 Now that we’re past the halfway point of our list is one for those that absolutely love using the biggest weapons they can carry and this one is the Minigun. Definitely in my own personal “Top 5” list of weapons, that you can craft and or modify, the Minigun exerts a lot of energy into it’s incredibly fast fire rate, built up after acceleration.

This is a must have weapon when dealing with things like Scorchbeasts, Sheepsquatchs, Deathclaws and Mirelurk Queens; just be sure to bring a lot of ammo guys! Speaking of, it uses a substantial amount of 5 MM rounds and carrying a good amount weighs you down so using the perks like Bandoloer to make all ammo you carry weigh less, Strong Back for that extra carry weight.

All three Heavy Gunner perks for extra damage with non-explosive Heavy Guns, Bullet Shield for damage resistance when firing Heavy Guns, Bear Arms to make your Heavy Guns weigh less and lastly One Gun Army to give Heavy Guns extra stagger and limb crippling chance. If you intend on using Heavy Guns as your primary weapon then you can’t go wrong with these perks.

The Broadsider made it on here because how awesome would it be, to carry a cannon around and blast your enemies with a hailstorm of cannon balls?! That’s exactly what you get with this Explosive Heavy Gun for sure, guys. Although I was a little reprehensive about using it and I’ll be honest, I didn’t exactly have the best first impressions with it..AKA I died when trying to use it my first time..but, I then saw another player whip one out and start blasting away Scorched and multiple Scorchbeasts!

It was enough to convince me that even though it has a low fire rate and slow reload time; it could still be useful and very fun especially once combined with corresponding perks: Bandolier for the ammo weight, Demolition Expert for extra damage and Grenadier for a bigger explosion radius.

For number eight on our list I thought I’d bring a gun seemingly based off the classic “Tommy Gun”, the Submachine gun. A very versatile weapon for close to mid ranged combat, especially after modifying it to your specifications. Able to hold a large drum of ammo once modified to do so, the rate of fire allows you give out lead showers to all of those bad guys on your tail.

Just like all weapons and all other automatic guns, Bandolier is needed and the Commando perks is used for extra damage, though there has been confusion amongst other players with this given the fact an SMG isn’t inherently a rifle yet Fallout 76 classifies it under that category.

Here at the second to last is my top favorite so far, the Light Machine Gun. The weapon I used along with the Minigun to bring down Scorchbeasts and Sheepsquatch. Much like the Minigun the LMG uses a lot of ammo with it’s superior rate of fire when taking down multiple enemies, so besides carrying a hefty amount of .308 rounds be sure to use the same perks used with the Minigun since it’s a Heavy Gun as well!

Though, there are plenty that will tell you to stay away from the LMG and use the .50 Cal or Gatling Laser I still like using it despite all of them saying that. Ultimately it’s up to you and your personal preferences as well as your play style.

I mean besides the fact it’s a freaking flaming sword, but it’s a Katana for crying out loud. Being able to slice through your foes with a searing blade and intimidating those that watch is what all sword freaks desire.